Sisi’s Egypt: The illusion of stability and the perpetuation of unrest 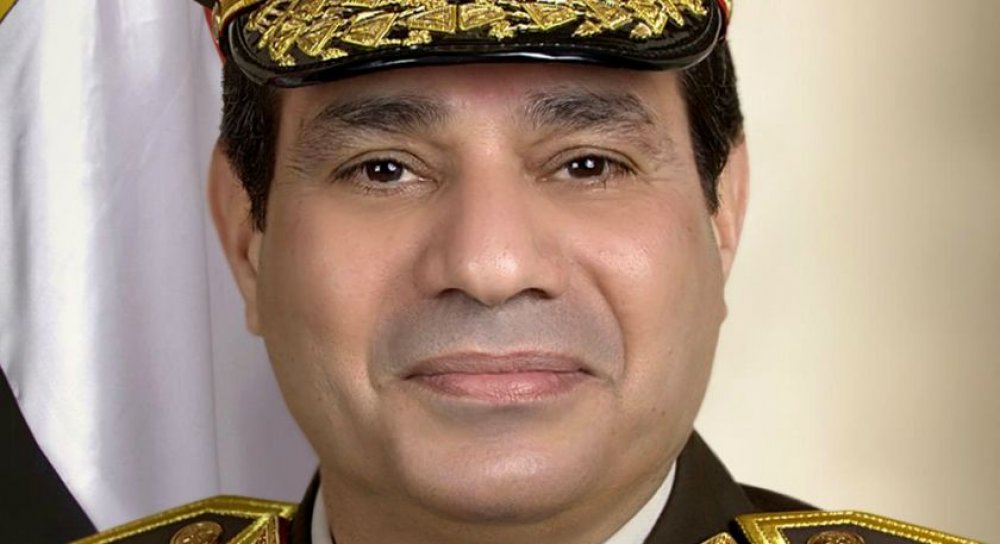 Late on Sunday, 25 January 2015, hundreds of protests broke in various Egyptian cities and towns, followed by attacks on public administration buildings and branches of the Interior Ministry; the burning of dozens of police and security vehicles; blocking of roads and railways all over the country; and even armed attacks on security patrols, with security personnel being ambushed and attacked at roadblocks. Some of these activities continued well into the following morning, with the death toll including more than twenty-five civilians and four security personnel, and with hundreds injured and hundreds more in custody.

This article is an initial reading of the events of that day, and their implications for the futures of both the popular opposition and the regime. It also discusses how regional and global forces view the regime.

Growth of the popular movement

Given the sheer number and spread of protests around the country, it would be nigh on impossible to estimate the number of participants in the popular movement with any measure of accuracy. It is clear, though, that Egypt last week witnessed the largest popular anti-regime gatherings since the sits-in at Rabaa al-Adawiya and al-Nahda squares were quelled in August 2013.

There are various reasons behind this escalation by the opposition, not least of which is the prevailing political climate in the country more than one and a half years after the birth of the 3 July 2013 regime. It has also became apparent just how big a reversal Egypt has suffered, from an unstable but free democratic situation to one of oppression, where the iron fist of security routinely slams down on opposition and strangles political freedom, with no sign of stability on the horizon. The acquittal, and subsequent release, of several figures of the Mubarak regime, including Mubarak and his two sons, only reinforce the general feeling that Egypt is rapidly slipping back under the old regime, even if the names of those at the helm have changed. Moreover, the devaluation of the Egyptian pound and the continuing deterioration of the economy have resulted in the strengthening belief that the regime, despite considerable financial support from certain GCC states, is no longer able to contain the runaway economic crisis.

In this climate, different sectors of the population are increasingly joining the opposition movement. But the situation is not confined to growth in the popularity of the movement. In the larger cities, especially Cairo, there are growing signs that some political groups, such as the April 6 movement, the radical left, and opposition student movements have become more willing to take to the streets and participate with the anti-coup National Alliance Supporting Legitimacy in popular demonstrations.

On the other hand, the successive changes in the leadership structure of the Muslim Brotherhood, both within the country and abroad, have boosted confidence among the Brotherhood’s rank-and-file, bolstering the ability of the movement and its sympathisers to mobilise, and reinvigorating its determination to continue its activities against the regime.

However, despite the massive mobilisation, and the sheer number and spread of the demonstrations, it would be premature to suggest that the balance of forces between the opposition and the regime has tilted in favour of the former. A significant majority of Egyptians is still wary of participating in the opposition, either out of fear of the regime and its oppressive machine, out of a collective desire to see a return to stability, or because of support for the regime. Some have been disillusioned by the lack of a viable alternative after the failure of the first attempt at democratic change and the crumbling of the revolutionary masses, while others actually support the regime fearing that Islamists might return to power. In other words, large swathes of the population have yet to reach a sufficient level of discontent to prompt them to go out to the streets and demand the downfall of the regime.

The change in the disposition of the popular movement opposing the 3 July 2013 regime is undeniable. Even though the Muslim Brotherhood (the main force behind the anti-coup alliance that has led the opposition throughout the past nineteen months) and its partners in the alliance have adhered to completely peaceful methods in their opposition to the regime, there are some groups in various parts of the country that are resorting to different methods. The subtle indicators of this shift began to appear about a year ago, but by 25 January 2015 they had grown so strong that they can no longer be ignored.

The goal of the first category is to compromise the regime’s ability to govern and to cripple the state, while the motives of the second are revenge and settling of scores.

There are three groups that have openly claimed responsibility for such actions at different times. The first, Ajnad Misr (Soldiers of Egypt), went public a year ago with a black flag that resembles that of the Islamic State (IS) group. If a relationship, whether direct or indirect, between Ajnad Misr and IS can be confirmed, the group, which operates mainly in the governorates along the Nile Valley, would be the second to declare its allegiance to IS and its jihadi-oriented interpretation of Islam. The first was Ansar Bait al-Maqdis (Supporters of the Holy House), which is active in northern Sinai.

The second group, Harakat al-Iqaab al-Thawri (Revolutionary Retribution Movement), announced itself on 24 January 2015, claiming to have active cells in fifteen of Egypt’s twenty-seven governorates. Despite the obvious difficulties in verifying that claim, the wording of the announcement seemed free of the usual hallmarks of jihadi discourse, suggesting that the group has no jihadi leanings. However, the sheer magnitude of operations for which the group has claimed responsibility is astounding, since these occurred throughout the country, including in Cairo, Alexandria and cities along the Suez Canal.

Both Ajnad Misr and Harakat al-Iqaab al-Thawri appear to have no qualms about carrying out deadly attacks and bombings using triggered devices and time bombs, either targeting specific people or randomly killing security and police personnel. Despite the glaring contrast in discourse between the two, they clearly share the belief that armed violence is part and parcel of dealing with the regime, and that violence is the only course of action to bring about change in Egypt.

The third group, Al-Muqawama al-Shaabiya (Popular Resistance), emerged about six months ago. The wording of its statements suggests a generally jihadi leaning, with close ties to the popular movement. Al-Muqawama al-Shaabiya is inclined more towards vandalism and road-blocking. To date, it is not known to have executed any armed attacks on security forces, even though it has been known to protect protesters from attacks by groups of thugs and criminal gangs believed to be affiliated with the regime’s security apparatus.

Unlike northern Sinai, which has witnessed almost open warfare between the armed forces and Ansar Bait al-Maqdis since the 3 July coup, the magnitude and frequency of vandalism and armed attacks in the governorates along the Nile Valley have not yet reached sufficient intensity to be described as an armed struggle. Unlike in Syria, where the popular movement receded as the armed struggle escalated, armed resistance in Egypt has not even reached a level that it could cripple the state or negatively impact the popular movement. Nevertheless, the magnitude and scale of events that took place on 25 January 2015 did cause the regime’s leaders serious concern.

The illusion of stability

The military officers who led the 3 July coup, and most of the civilian politicians who supported them, were hardly oblivious to the fact that they were desecrating the democratic process, nor were they unaware that their actions were – at least at the time – unwelcome to Egypt’s US and European allies. Washington and various European capitals certainly wanted to tame the rule of President Muhammad Mursi, but they also wanted the change to come about legally and constitutionally. On the other hand, the leaders of the 3 July regime were betting on the huge financial, economic and political support of some GCC countries, especially Kuwait, Saudi Arabia and the UAE, as well as Israel’s welcoming of the coup. The generals gambled on the probability that these countries would eventually help change the western stance and build legitimacy for the regime. They also wagered that they would quickly be able to establish stability, thus providing a climate for continued Arab support and a gradual shift in the western stance. It would be safe to say that that objective of achieving stability as rapidly as possible became such a high priority for the regime that it made the ill-advised decision to brutally break up the Rabaa and Nahda sits-in in an attempt to end the manifestations of popular opposition and social discord.

During the past eighteen months, the pro-regime GCC governments have pumped more than US$40 billion into the Egyptian treasury and economy. With support from the West, these countries helped the regime to gradually normalise its relations with the USA and Europe. Over the past few months, the regime appeared to be slowly but surely achieving its aim of building an image of stability for the country, despite the repressive actions of the security sector and the tyranny of the judiciary which is aimed at quelling the opposition. But the events of 25 January 2015 demonstrate that the dream of stability is far from being a reality, that the regime is no longer capable of breaking, or even containing, the popular political opposition, and that the country is entering a phase of worsening tension that could be far more destructive than anything it has witnessed over the past year-and-a-half.

Western media outlets have generally displayed substantial interest in that Sunday’s events. Spokespersons for the US State Department, the European Union and a number of European countries expressed concern over the death toll among protesters. The impression of instability will make European governments hesitant to offer Egypt direct financial or economic assistance. Likewise, there are growing signs that the enthusiasm with which some Gulf countries offered direct financial assistance to Egypt has waned since a year ago, either because of the proverbial black hole of corruption that exists deep within the structure of the Egyptian state (as the UAE believes), or due to the rapid, successive changes in the country’s political leadership (as Saudi Arabia has just experienced), or because of the dramatic decline in oil prices (as Kuwait fears). The decline in direct financial support is the only explanation behind the Central Bank’s inability to keep propping up the value of the national currency, and the subsequent dramatic freefall of the Egyptian pound’s value against the US dollar.

Since 3 July 2013, the Egyptian regime has repeatedly gambled on the security option to quell opposition and impose stability, and on the financial support of some GCC states to shore up the economy. However, at the fourth anniversary of the uprising, it finds itself staring down the barrel of instability, with more and more segments of the populace trying to cripple the state’s control of the country, and with a rapidly dwindling cash lifeline from the Gulf, which has weakened the Egyptian pound, causing buying power to drop and prices of imported goods to skyrocket, and making the lives of ordinary Egyptians increasingly difficult.

The bottom line is that the growing violence of the opposition and the state’s dwindling ability to build a popular base will inevitably lead to more unrest and lawlessness, which in turn will chip away at the state’s institutions and pave the way for violence to tear into the very fabric of society.

Last modified on Tuesday, 10 November 2015 18:12
Tweet
More in this category: The economic collapse in Egypt »
back to top