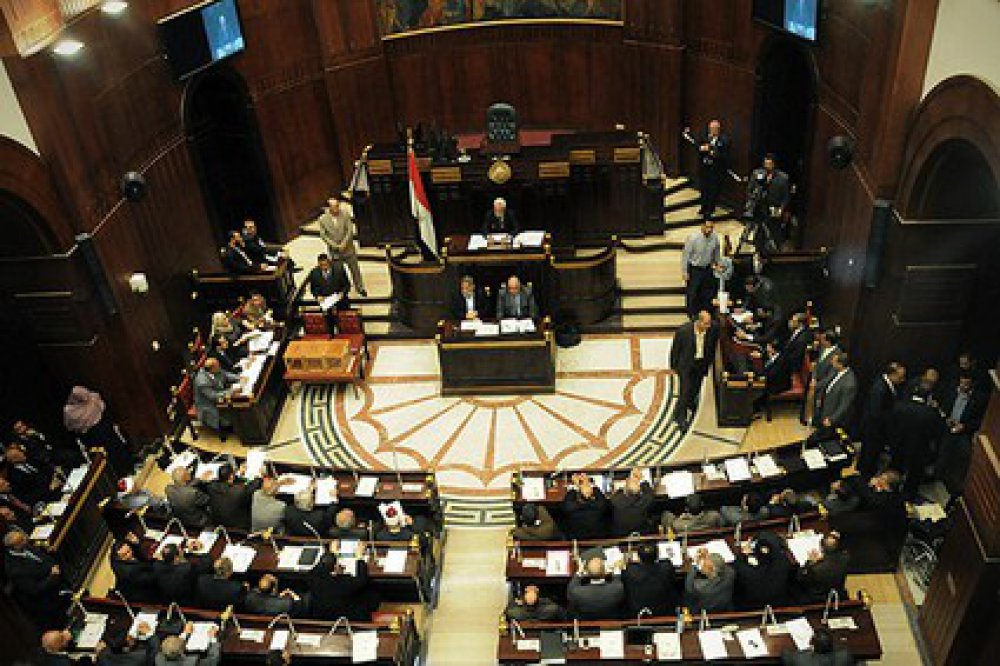 This week’s constitutional referendum in Egypt confirms the country’s move away from democratic consolidation, and reduces the chances of finding a political solution to the current impasse. The referendum, on 14 and 15 January, was preceded and characterised by an atmosphere of intolerance, violent intimidation, and a tightening of the already-constrained space for dissent. Campaigning for a ‘no’ vote or a boycott was not allowed, and ‘no’ campaigners were arrested.

The poll saw a turnout of about thirty-eight per cent, higher than the thirty-three per cent recorded for the 2012 constitutional referendum, and, reminiscent of election results in the Mubarak era, ninety-seven per cent were reported to have voted ‘yes’. The regime will use the results to argue it has embarked on a democratic path. The result will also likely be used by military leader Abdel-Fattah al-Sisi to justify his candidacy in upcoming presidential elections. Many Egyptians craving stability voted ‘yes’ and support Sisi’s presidential aspirations. Further, with regime propaganda being the only voices allowed in the media, the notion has successfully been cultivated that a ‘yes’ would be a vote against ‘terrorism’. Bizarrely, military spokesperson, Colonel Ahmed Ali, said the result ‘confirms that Egyptians are the first free population in recorded history.’

The constitution entrenches the military’s role in Egypt’s politics and society. It also provides for civilians to be tried by military tribunals, and for the Supreme Council of the Armed Forces (SCAF) to appoint the minister of defence, effectively placing the army above civilian control and oversight. It provides for the creation of a supreme council to oversee interior ministry related issues, placing the police and intelligence services beyond an elected government too, and ending any possibility of an elected government confronting the ‘deep state’. A prohibition on parties constituted on a ‘religious, gender, ethnic or geographical’ basis illustrates the military regime’s attempts to both silence opposition, and ensure that activities of the Muslim Brotherhood, which effectively won five polls between 2011 and 2013, will be proscribed in the medium to long term.

The constitution also contains useful stipulations on socioeconomic rights, various basic freedoms, and takes the rights of women further than in the 2012 constitution. Ironically, however, in order to guarantee an affirmative vote for the constitution, several of the freedoms it pronounces on were violated by the state in the violent crackdown on protests, arrests and torture of opponents, and sham trials. It is an indication that no matter how strong human rights might be on paper, it is their implementation that is the key issue.

The constitutional text also contains certain amusing and definitely-delusional clauses, such as ‘Egypt is the gift of the Nile and the gift of Egyptians to humanity’, ‘the Arab nation of Egypt is the heart of the whole world’, and ‘We were the best soldiers on Earth to fight for the cause of God’.

One consequence of the poll is that the possibility of negotiating a settlement and a reconciliation agreement between the military and anti-coup groups has become more remote. The interim government’s declaration of the Muslim Brotherhood as a terrorist organisation and the high ‘yes’ vote (whether real or manufactured) will make the military more confident and less interested in a deal with the opposition. This confidence will be strengthened by the international community’s unwillingness to exert pressure on the military to negotiate. The USA has already announced that a bill will likely be passed by Congress on Friday facilitating the restoration of the 1.5 billion dollar US military aid that had been frozen since October, following the military’s crackdown on protesters.

Many observers are also watching how the African union might respond. Will it maintain its suspension of Egypt since there has been no substantive change and no return to democracy since the July coup? Or, will it, like the USA, pretend that the referendum marks a return to a democratic process and thus work towards lifting the suspension? Egypt’s importance to the AU in terms of funding and influence may, unfortunately, also a play a role in this decision. The next steps in the military’s ‘roadmap’ are presidential and parliamentary elections within six months. The three polls will be used to provide the regime with a sliver of legitimacy in its battle to gain western support, and reinstatement into the African Union.

With the country’s economic growth slowing down, and unemployment and poverty increasing, the referendum will do very little to ensure Egypt is on the road to fulfilling the goals of the 2011 uprising. This economic deterioration, together with increasing and resilient opposition to the military, especially among non-Islamists, some of whom had supported the coup in July, could be the factors that help force a return to democracy.

Last modified on Thursday, 19 February 2015 10:08
Tweet
More in this category: An Analysis of Egypt's Draft Constitution »
back to top