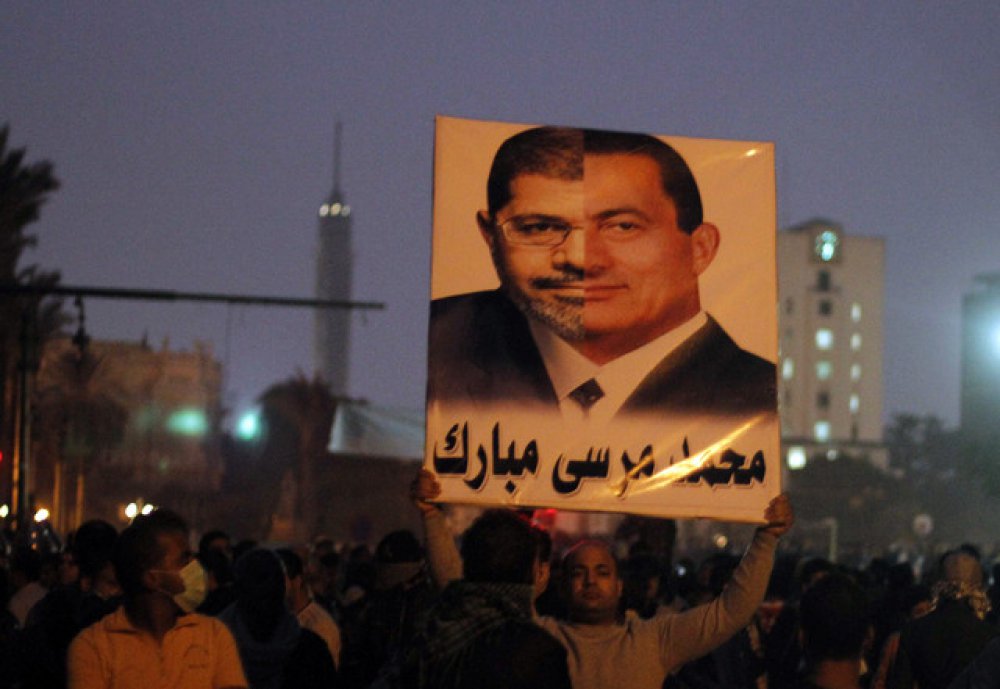 to shift the balance of power domestically, and may arguably shift the country on a path that fulfils the goals of last year’s uprising – although many Egyptians disagree.

The decrees, read out on state television by his spokesperson Yasser Ali, stated that:

Mursi also sacked prosecutor general Abdel Meguid Mahmoud who had been appointed by former president Hosni Mubarak and replaced him with a former leader of the movement for judicial independence, Tallat Ibrahim Abdullah. Mursi had previously and unsuccessfully attempted to redeploy Mahmoud as ambassador to the Vatican.

These decrees, which will remain in force until the next parliamentary election, have been widely criticised by opposition figures; it is uncertain whether they can be challenged by the Supreme Court, whose chief has already expressed opposition to them. Former presidential candidate Abdel Mon’im Aboul Fotouh argued that these attempts to pass ‘a few of the revolution's demands disguised in a bundle of authoritarian decisions is actually a setback for the revolution’, whilst former Nobel Peace Prize winner Mohamed Elbaradei called it a usurpation of state power, and said Mursi was the ‘new pharaoh’. Many activists asserted that Mursi was declaring himself the almighty, and Friday  saw protests in various cities across the country, with the Alexandria offices of Mursi’s Freedom and Justice Party being torched. The Muslim Brotherhood, however, has countered that the judiciary was attempting to block the goals of the revolution. Counter protests saw thousands converging on the offices of the Supreme Court. If history is to be trusted, these protests and counter protests threaten to unravel Egypt’s current stability and could result in many deaths.

However, in order fully to understand the controversy and what some would call Mursi’s suicidal decisions, greater context is required. Long hated, the Egyptian judiciary had been utilised by the Mubarak regime as a tool to rubberstamp the former president’s decisions. As a result, in 1991 an independent judges’ movement was formed. After the 25 January uprisings, the judiciary continued acting as a Mubarak proxy: it dissolved the democratically-elected parliament on technical grounds and refused to oppose the decision of the Supreme Council of the Armed Forces to usurp legislative and executive powers just before the announcement of Mursi as president in June. It also ruled that the first constitution drafting panel was unconstitutional and it was poised to rule on the constitutionality of the current panel. It is noteworthy that over forty appeals or cases were lodged with the courts concerning the representivity of the current panel, thus showing that, aside from its Mubarak era bias, it has increasingly been used by opponents to fight political battles around the future nature of the Egyptian political system, specifically around the religious vs. secular nature of the constitution and whether the system will be presidential or parliamentary.

Egypt has also witnessed numerous protests around the failure of the regime to prosecute former figures from the Mubarak regime for their role in the violent quelling of protests last year. All political forces acknowledged that Mahmoud’s shoddy investigation and his failure to collect evidence judiciously are the chief reasons for this. Mubarak himself was not found guilty of knowing about orders to violently suppress protests and his interior minister Habib Adly escaped the death penalty as a result. Moreover, 19 November saw demonstrations commemorating the anniversary of last year’s ‘Mohamed Mahmoud protests’, which at the time resulted in the deaths of forty-five people, with many more injured. Thus far no real action has been taken to prosecute the security forces.

Mursi’s need to blunt the power of the Mubarak-supporting judiciary, prosecute those responsible for protesters’ deaths from last year and to protect the constitution-drafting process have chiefly been behind his decrees that immunise him and the constitution drafting committee from challenges, and that remove the prosecutor general and order the retrial of Mubarak’s men. However, the autocratic manner in which he went about it has resulted in huge opposition and he will need to use all the mediation skills we observed in the Gaza ceasefire negotiations to emerge stronger from this period and ensure the stability and unity of Egypt and its citizens.

Last modified on Thursday, 19 February 2015 10:19
Tweet
More in this category: Egypt at the crossroads »
back to top