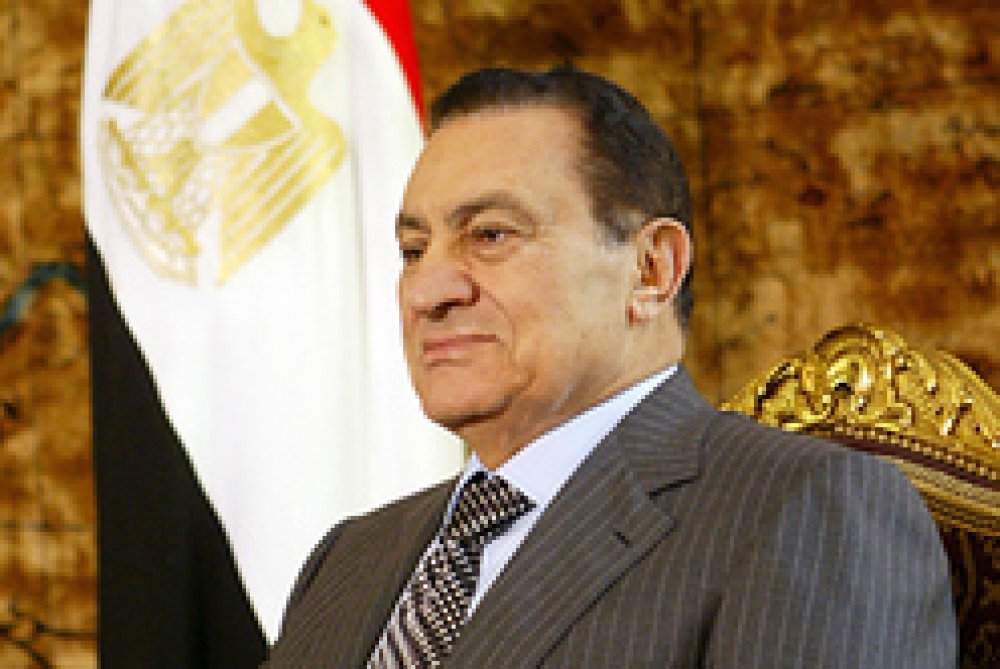 Measures aimed at ensuring forced succession have caused various reactions from multiple corners, with some such reactions being expressed openly, while other voices remain either silent or hushed and subdued by members of influential circles within the state apparatus.

Concern has surged among nearly all members of the opposition as well as within the ruling elite and government departments after successive health issues have required the president being moved to a number of European countries - the last of which was Germany - for critical surgical procedures. President Mubarak's health challenges have opened the door to scepticism regarding the stability of governance in Egypt, and have led some to imagine scenarios wherein Egypt is pushed down a dangerous slope of uncertainty.

This paper will discuss the potential scenarios and probable outcomes of upcoming events which may take place within the next 15 months that separate us from the "Presidential Election" of November 2011. This paper deliberately uses the methodology of painting selected possible scenarios due to the fact that - by definition - the methodology of drawing scenarios is adopted in cases where there is:

There are five primary elements that directly impact the future of who will rule Egypt:

The plan to have the president's son succeed his father is no longer a personal or a family desire confined to the president and the first lady. It has become the preference of an entire social, political and economic alliance comprised of a group of influential and affluent individuals who are involved in those business and finance circles which are closely tied to the regime. These are businesspeople who exercise disproportionate control over Egypt's economy; despite the fact that they number only about 2,000 persons, they control roughly 24 percent of Egypt's GDP. Their collective annual income approaches a billion Egyptian Pounds. They also have strong ties with the West and Israel. However, the emergence of Mohamad ElBaradei as a viable alternative presidential candidate has, thus far, obstructed the acceptance of the option of "succession by Caesarian section" by all parties, including the general public.

If the succession project is to be implemented as planned, what, then, are the probable problematic scenarios that may lay ahead for President Mubarak and his regime? There are only four scenarios which definitely will raise their spectres and cannot be avoided, given the facts of the current situation as we know them.

The first scenario is that the president will extend his rule for another term (by himself running as a presidential candidate next year). This course of action is, however, risky as it could encounter the following obstacles:

Despite the dangers inherent in extending the president's tenure by re-election, such a course of events may still be the one closest to the nature of the personality of President Mubarak who is, as he has promised before, clinging to his office "until his last breath" in an effort to ensure the loyalty of the military.

This scenario is based upon the assumption that the president and the ruling regime are already stepping up the process of succession in order to ensure that Mubarak's son will assume the presidency in the next few months. That could be achieved either by:

However, this scenario is fraught with many risks, the most obvious of which is the presence and influence of Mohamed El Baradei, who has highlighted the deep problems with such a course of events in a manner which could compromise its implementation (whether through the sentiments and actions of the public, a mixed group of different types of elites, certain leaders of the military and security apparatuses, or - more importantly - the US and Western Europe). Within this context, it is useful to mention that the regime of President Mubarak will rely exclusively on the following four elements in passing its plan for succession:

However, in my assessment, there are ultimately two deciding factors: 1) The Armed Forces; and 2) The interior security apparatuses.

It is also, according to my analysis, true that the West generally, and the US in particular, has become less enthusiastic towards the succession plan since the emergence of ElBaradei on the national political scene.

Scenario Three: Transfer of power to a collective quasi-military structure

This scenario is based on the assumption of a successful and peaceful transfer of power to a collective quasi-military structure through:

However, the probability of this scenario unfolding is very low due to many factors which must be taken into consideration. These include:

Based on the above - in my estimate - the most likely of the four scenarios to come to fruition is either the first or second: President Mubarak will either extend his presidency for another term - despite all the dangers and risks associated with such a course of action, or he will ensure that his son succeeds him, despite the avoidable dangers and slippery slopes involved.

Consequently, from the perspective of the regime and its ruler, the key to the entire situation lies within three factors:

With regard to the first two elements, it is a well-established policy that the Ministry of the Interior cannot take an independent or a solitary course, leaving most power in the decision-making process in the hands of one institution - the military. In relation to this conclusion, there are a number of indicators which must be considered:

Based on the above, the only plausible case that might cause the emergence of a political reaction from the military institution - other than plans for succession or extending President Mubarak's term in office - is the occurrence of widespread disturbances on the streets of Egypt that cannot be controlled by the Ministry of the Interior. In case of such an eventuality, the Supreme Council of Military Command would oppose such disturbances based on the following factors:

There are a number of indicators that strengthen the probability of this scenario. These include:

Scenario Four: The Sudden Death of the President

This scenario is based on the probability of the sudden death of 82-year-old President Mubarak. Should this come to pass, the responsibility for resolving the situation will fall to one of two institutions: a) the military institution, or b) the NDP and its ruling elite, and the businesspeople who control its centres of influence.

If such a scenario were to arise, the critical question would be: Could there be a compromise between the ambitions of Gamal Mubarak and those of persons who are in positions of leadership within the military? In order to answer this question accurately, consideration must be given to two factors that are bound to play a major role in deciding the course of future events:

In my assessment, if the Egyptian public moves effectively on the street and across Egyptian governorates against the succession of Gamal Mubarak and against the NDP, the military is likely to block a plan for his succession altogether. However, should the opposition remain inactive, both the military and the ruling circle of the NDP might - under the influence of the US - synchronise their interests, leading to a transfer of power to the "candidate of the ruling party" who is approved by the commanders of the military (whoever that person may be).

It is within this context that the historical and decisive role of national Egyptian forces should come into play in an attempt to foil all such scenarios and adopt a more "natural" scenario, one that is based on providing all the needed guarantees for the holding of transparent presidential elections that reflect the true choices of the people, in order to save the country from the perils of slipping into dangerous and uncertain territory.

** This paper served as a discussion catalyst at a symposium that included a select group of experts and analysts who are members of the Jama'at al-'Amal al Watani (Group for National Action), which was formed in March 2010 during a major conference of the Journalists' Syndicate.