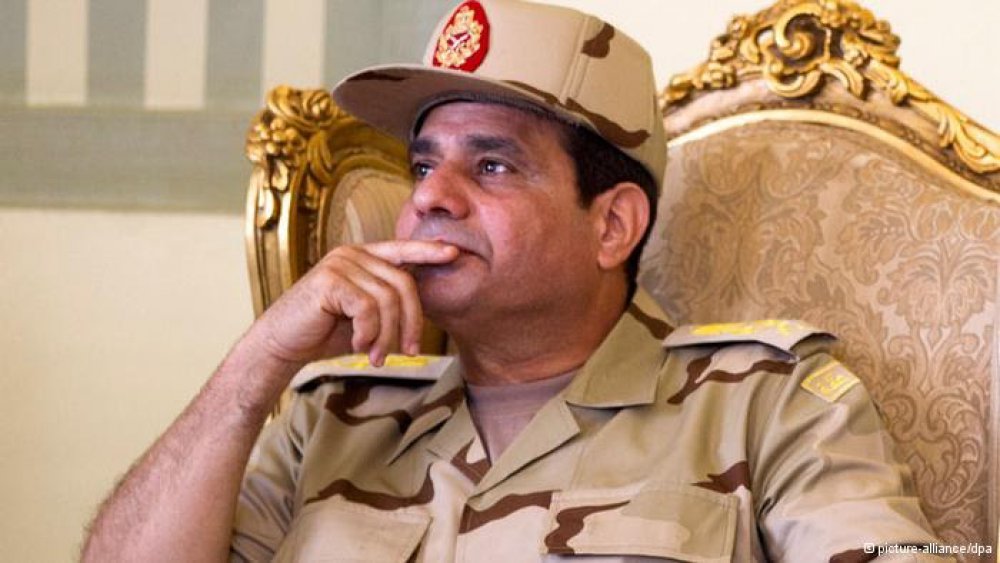 It was a move that is widely seen as the military seeking popular cover for the violent suppression – even a massacre – of the Muslim Brotherhood and opponents of the 3 July military coup. The Brotherhood and its alliance partners in the ‘National Coalition for Legitimacy’ have been protesting for the past three weeks, after the coup ousted President Mohamed Mursi.

Over the past weeks, Mursi supporters have already been attacked by the military, security forces and unknown assailants. Security forces have refused to secure these protests, and, in some instances, have participated in the attacks. This included the 8 July Republican Guard Club massacre when security forces fired on largely unarmed protesters in an attempt to neutralise the protest, leaving more than fifty people dead. Sisi’s Wednesday statement has led many to fear an intensification of such actions.

The drastic increase in political polarisation in recent weeks, and state and private media’s successful vilification and demonisation of the Brotherhood and conflation of the group with disparate militant groups in the lawless Sinai peninsula, will likely see Sisi’s latest action receiving much popular support, and large numbers of people responding to his call today.

Christian Coptic leaders have voiced their support, with Sergius Sergius (secretary of the Coptic Orthodox Patriarchate) asserting that Sisi’s speech was ‘very good’, and Andrea Zaky, the head of Egypt’s evangelical community, arguing that the military needed ‘popular support’ and that Sisi’s action would lead to the ‘security of Egyptians’. The National Salvation Front (NSF), a coalition formed to oppose Mursi and led by Mohamed Elbaradei, as well as the recently-formed Tamarod movement have also supported Sisi’s call. In a chilling statement, Tamarod called on Egyptians to ‘gather in all the squares on Friday to call for the trial of Mohamed Mursi, support the Egyptian armed forces in the coming war against terrorism and cleansing the land of Egypt’. This vitriol is fairly typical of recent NSF and Tamarod pronouncements, with their defence of military violence and the coup, and their demonisation of the Brotherhood.

Sisi’s statement was soon after a flawed ‘reconciliation’ initiative began earlier on Wednesday, and which was boycotted by the main Islamist parties – including Al-Nour, which supports the coup. His call highlights the folly of those who believe that the military was altruistic in toppling the Mursi administration, or that it will soon relinquish power and put Egypt back on a democratic path.

In the meanwhile, some groups that had previouslybeen affiliated to Tamarod have become more critical of the role army, and, especially, Sisi's recent call. The April 6 youth movement – which was a major player in the 2011 uprisings against Hosni Mubarak – and Al Nour both issued strong statements denouncing Sisi’s call, and arguing that its consequences may threaten national security and lead to civil war. April 6 told the army: ‘Why do you want an open mandate to do anything? We will not allow “fighting terrorism” as a pretence for persecuting your opponents; we will not participate in [giving you] and open mandate; we will not participate this coming Friday.’

Considering Sisi’s threats, only a small spark in the protests – scheduled for today – will be sufficient for events to rage out of control and for widespread violence to result. There are many fears that today and this weekend will result in largescale bloodshed and the loss of hundreds of lives – mainly on the anti-coup side. Apart from the immediate impact of such an eventuality, the longterm implications for Egypt are also horrendous. The Brotherhood, operating underground for almost ninety years, will likely be forced underground again, with its more militant elements opting for violent resistance rather than the more pacifist strategy of the MB. The polarisation and hatred in Egypt will increase; and Egypt could be forced to live with under six decades of military rule – albeit with a veneer of some democratic processes.

Last modified on Thursday, 19 February 2015 10:47
Tweet
More in this category: Mursi ousted: Trajectory and consequences »
back to top