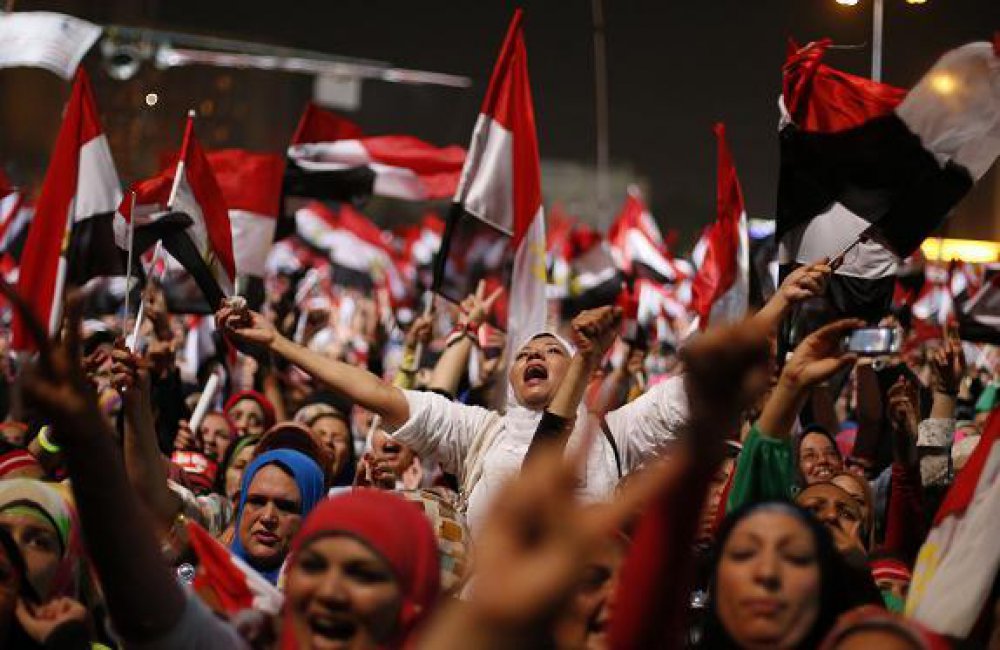 Egypt, like most Arab and Islamic countries, is a state divided from within. It was united only for a short period, during the revolt against the former regime. But the split before the revolution rapidly returned. The divisions became more apparent, burdened by an accumulation of historical factors. These divisions started at the beginning of the modernisation movement in the mid-nineteenth century, in numerous locations. It further manifested at turning points during the course of the transition process, including during the presentation of the transition roadmap itself.

In the first few months following the fall of the Mubarak regime, the balance tilted mainly in favour of the various forces of the Islamic movement. This became clear in the referendum on constitutional amendments and parliamentary elections. Thereafter, popular support for the Islamic movement began to wane. This was not only due to Salafi or radical Islamic voices that alarmed certain sections of the population, but primarily because the elements of the former regime, including politicians, security officers, former businesspeople and elements of Mubarak’s National Democratic Party regained their strength and took complete control of the new private media, backed by various Arab sources. Throughout its history Egypt has not, nor has any other state that had experienced a revolution, encountered anti-revolutionary media, which is directed by senior persons from among those who oppose the revolution, done in the name of the revolution itself, and which does not have the slightest respect for the fundamental rules of the profession.

The slow and relatively worsening situation, made Mursi’s term as president difficult, and with little success. His opponent in the second round of elections was a quintessential personality of the former regime, who fought the election based on the former regime’s networks. He aimed to revive himself politically using the wealth of those networks, as well as funds from certain Arab states. During the first year of his presidency, Mursi made both outstanding achievements and outstanding mistakes. His administration, which inherited an Egypt on the brink of bankruptcy due to the collapse of its fiscus, rescued the country. Serious steps were taken to implement major revival projects. The administration launched an agricultural revolution, and addressed certain intractable problems affecting the lives of Egyptians, relating to bread, gas and fuel shortages. But Mursi’s most significant accomplishment was his ability to maintain the environment of freedom, democracy and pluralism that the revolution had brought. This was despite having sufficient justification to close the satellite stations that were being financed from abroad, which only aimed to spread lies and rumours, and which polarised Egyptians between Muslims, seculars, liberals, and promoters of the former regime.

On the other hand, Mursi made mistakes, including his November 2012 constitutional declaration. This was issued with good intentions, and a desire to accelerate the protracted transitional phase. Despite the fact that he quickly retreated from those decrees, they had made a significant impact on the political scene, and on the perceptions of him within certain sectors. The biggest mistake committed by the Muslim Brotherhood and representatives of the Freedom and Justice Party (FJP), which became the final straw against the presidency, was the decision of its members in the Constituent Assembly to draft the constitution with the Salafi Nour Party. This allowed the latter to introduce material into the draft constitution that clearly expressed Islamic leanings. Despite the fact that the Muslim Brotherhood had not originally wanted such provisions, it accepted them in order to maintain the alliance with the Nour Party. This created the impression that the FJP was in favour of a constitution that did not reflect a consensus, and thus caused an early rift between the Muslim Brotherhood and liberal forces.

Nevertheless, the wave of protests that broke out on 30 June was not rooted in the mistakes of Mursi and the Muslim Brotherhood. The reason for the protests was the very presence of Mursi on the presidency. This had caused a serious division regarding the country’s identity and future, and debate about how Egypt could use the freedom and democracy brought by the revolution. This division made Mursi's achievements and failures almost irrelevant, and did not reveal his short-term presidential role or impact. From the perspective of opposition forces, Islamists must remain as part of the decorative image of a new democratic Egypt, not in the president’s seat.

In reality, every step of the transition period was undermined by the agents of the former regime and the judiciary. Furthermore, every attempt at dialogue and consensus, including a call to amend the constitution and participate in governance made to the opposition, was rejected. Once the media provided the opportunity, and the political money flowed, explicit connections between the opposition and the networks of the former regime developed, until the crowds of protestors helped to oust the first democratically elected president in Egypt’s history.

On Sunday evening, 30 June, the leadership of the armed forces decided that no party was able to resolve the situation. It pointed to the degree and spread of violence across the country, which was bigger and wider than initially reported. It also discussed the interior minister’s loss of control over the important sectors of police and security forces. The country's descent into further violence appeared as though it would place the entire burden on the shoulders of the armed forces, and containing it would therefore be impossible. This assessment, regardless of the desire or efforts of the officers to intervene, led to the announcement by the Supreme Council of the Armed Forces (SCAF) on 1 July, calling on political parties to reach a consensus by which to exit the crisis within 48 hours, or accept a ‘roadmap’ crafted by the leadership of the armed forces.

Of course, much energy was spent in attempting to analyse this statement, and read between the lines. The various parties rushed to ascribe it with possible values. In reality, the announcement emerged out of the failure of the Egyptian political class, and its inability to rise to the challenges and responsibilities of democratic transformation, thus paving the way for the army to return as an arbitrator, rather than as a ruler. That announcement was not a coup, and there was no revolutionary who warned that they were determined to have a coup in the next two days. This, nevertheless, remains a negative indicator of the crisis within the fledgling democracy in the largest and most influential Arab country.

Within hours after a tripartite meeting between the president, the prime minister and the minister of defence, the leadership of the armed forces was forced to clarify the unclear aspects of the first announcement. It was asked to stress that the army was not considering a coup, and that the forty-eight hour warning was intended to pressurise political parties to push for dialogue and consensus. In the climate of a raging crisis, and because the announcement suggested the return of the military to the political arena in a way not seen before, the president’s supporters poured into the streets of cities and centres in twelve Egyptian provinces. These included Cairo and Giza, Marsa Matrouh, Port Said, North Sinai, the Suez, Minya and Aswan. In the morning of Tuesday, 2 July, the presidency issued a critical statement: Egypt cannot, under any circumstances, return to the way it had been.

Regardless of the intentions and motivations behind SCAF’s announcement, and its potential implications, it does not seem that General Abdel-Fattah Sisi’s team appreciated the marginal space available for him and other leaders of the armed forces to play the role of assumed ‘governance’. Legislation and forces supporting the president unequivocally reject military intervention in the political struggle. Many of those who organised the 30 June movement do not welcome the effective return of the army, since they know that the army does not want any of them to play a major role in Egypt's future leadership. On the other hand, if the army wants to take up a neutral position, it must avoid responding to the full demands of either camp in the conflict, and it needs to abstain from granting concessions to either.

In this case, there is no guarantee that this will be accepted by both parties. And if it is accepted, it is not definite that matters will proceed smoothly. The only way the army will impose its will, is if it does not agree with the legitimate and constitutional framework. This will be revealed through a complete military coup, with all the consequences that it would bring. Weeks ago, Sisi’s team described this scenario, saying it would lead to Egypt losing the next thirty or forty years, and that the revolutionaries would be ousting the first democratically elected president in the history of the country.

I repeat that the movement of revolution and change launched in the Arab world a little over two and a half years ago was not a conspiracy. No one planned it, and nobody that was involved anticipated where it could lead. It is a major historical movement, similar to the movements of European revolutions in the mid-nineteenth century, and the national liberation movement in Asia and Africa in the 1950s and 1960s. The Arab revolution represents the convergence of historical forces, instigated by the humiliation a hundred years after the first war, and the failure experienced by countries after gaining national independence. The process of revolution and change will never be, and never been, easy. But whoever thinks that Egypt of the twenty-first century is Egypt of the 1950s, or even that Egypt of June 2013 is Egypt of February 2011, are most likely wrong.

Last modified on Thursday, 19 February 2015 11:01
Tweet
More in this category: Mursi in charge, at home and abroad »
back to top