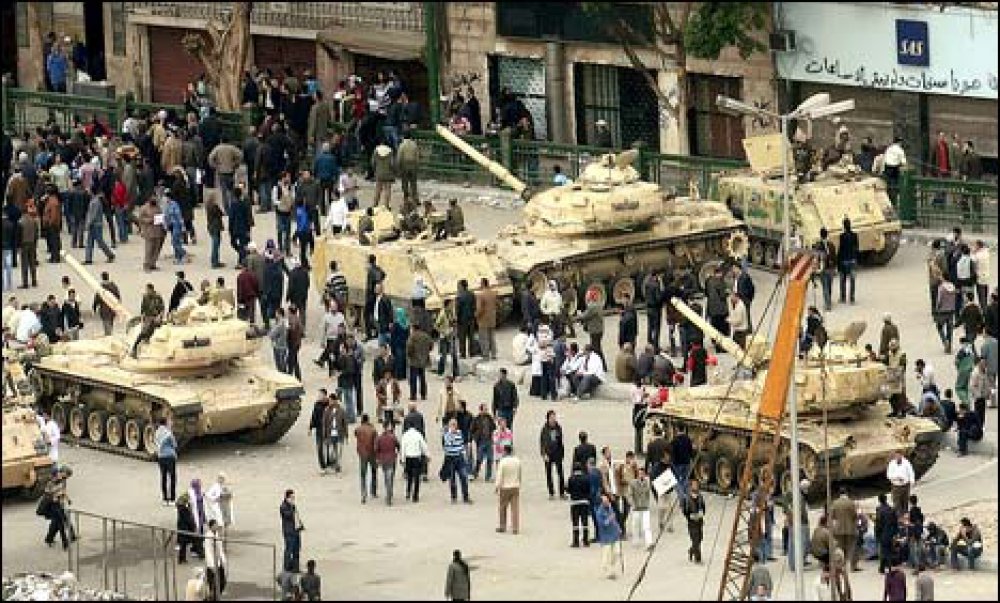 Recent events highlight the growing disillusionment among Egyptians about the path the country has followed after Mursi’s ouster, especially in the economic sphere. Increases in the number of strikes, a deterioration in security,  and a general worsening in the economic conditions of ordinary Egyptians emphasise the need for a new ‘roadmap’ that will incorporate all Egyptians into the process of determining their future.

Former prime minister Hazem Beblawi said, ‘The cabinet has… shouldered a very difficult and delicate burden, and… in most cases, we have achieved good results.’ However, many of its policies have been unsuccessful. The country is faltering economically, GDP growth is predicted at a meagre one per cent for this year, inflation stands at over eleven per cent, and the budget deficit has increased to over fourteen per cent. This despite the billions of dollars in aid and loans granted to the Egyptian government by Gulf states, which allowed it to initiate two stimulus packages totalling over eight billion dollars. Strikes, which are not dissimilar to those the Mursi administration had faced, have become commonplace. Textile workers, public sector transportation staff, post office workers, and even doctors and pharmacists have been protesting for better wages and working conditions. This month, even low-ranking police officers protested over wages and working conditions, forcing the government to promise them a thirty per cent salary increase. The greater Cairo area came to a standstill with the shutting down of most of its twenty-eight bus garages because of the transport workers’ strike. Minimum wages promised in September have not yet been fully implemented. Further, electricity blackouts are common, cooking gas shortages have been experienced, and Egypt is now negotiating with Israel, to which it had previously exported gas, to import liquefied natural gas. This after it Egypt exported over 650 billion cubic feet of LNG in 2009.

apart from these economic challenges, the country still faces political and security instability that began after Mursi’s ouster. Despite attempts to arrest the political protests – including violent crackdowns, laws enacted to curb dissent and arbitrary arrests, anti-coup protests still occur almost daily, opposition to the coup is growing among a broad cross-section of society, and the banned Muslim Brotherhood continues to operate – even with a decapitated leadership. Disillusionment among the youth has been rapidly increasing; the weak participation by youth in the January referendum was glaringly evident, and a Tamarod 2 campaign against the coup government has been initiated. The state responded by extending its crackdown to leftists, other secular activists, journalists and academics.

Security instability has increased over the past few months, and militant groups such as Ansar Bayt al-Maqdis (ABM) and the Furqan Brigades have carried out attacks on military and intelligence targets, including in the capital, Cairo, killing scores of people. The range of attacks has increased and, on 16 February, ABM claimed responsibility for an attack on a tourist bus entering Israel from the Sinai, which caused the deaths of three South Korean tourists. The attack will severely negatively impact on Egypt’s already dire tourism sector. The government’s response has backfired and may result in these groups’ support base expanding.

These factors have helped increase the discontent against the Beblawi administration. The ministers’ resignations are probably linked to this. It is noteworthy that many in the cabinet had not been aware of the prime minister’s resignation; the information minister heard about it from television reports, while the higher education minister was informed, post-hoc, during a meeting.

For Egypt to realise real stability and economic growth, a radical rethink is required. The military’s roadmap is unworkable in the medium term, and, as recent events indicate, is even questionable in the immediate term. However the focus of new prime minister, Ibrahim Mahlab, on ‘crushing terrorism’, and his reappointment of fifteen of Beblawi’s ministers, including Sisi as defence minister, offers little reason for optimism. For the extremely polarised Egypt to begin on a new path, its top priorities must be political reconciliation and nation-building.

Last modified on Thursday, 19 February 2015 11:06
Tweet
More in this category: When the results mean little: Egypt’s constitutional referendum »
back to top