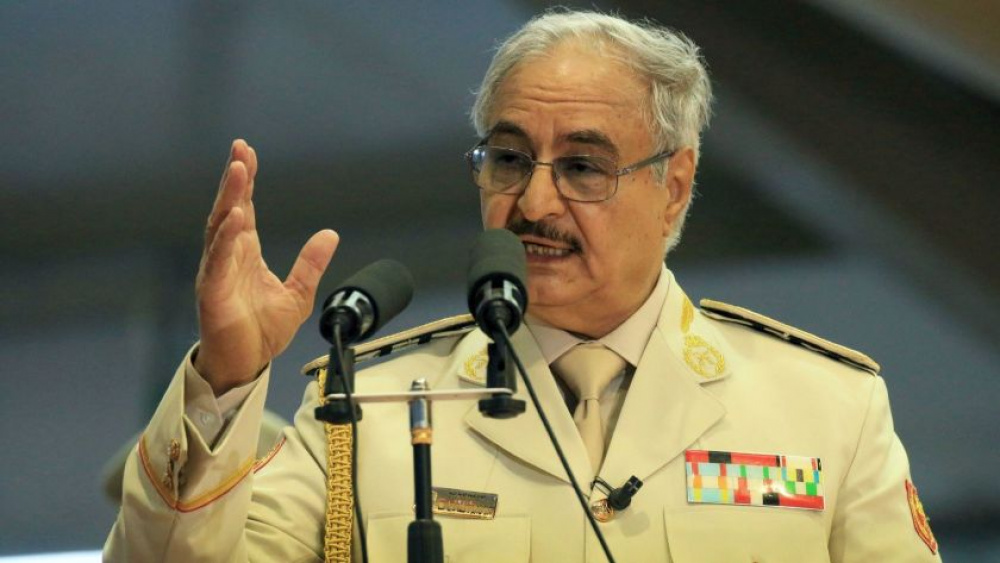 The 18 February 2020 attack on Tripoli’s main seaport is the latest in a series of measures by Libyan warlord, General Khalifa Haftar, to secure a military victory over his rivals, the UN-recognised Government of National Accord (GNA). His self-styled ‘Libyan National Army (LNA)’ also seized the port city of Sirte in January, and halted shipments of Libyan oil in an attempt to weaken the Tripoli-based GNA. The Tripoli seaport attack ended UN-brokered ceasefire negotiations between the two sides. Haftar, who is supported by the UAE, Saudi Arabia, Egypt and France, among others, has been emboldened by the lack of censure for his actions. His decision not to endorse a January 2020 ceasefire agreement mediated by Turkey and Russia was rewarded by the UAE with two fighter jets.

The February port attack followed increased Turkish support for the GNA, enabling it to force back LNA troops to pre-April 2019 battle lines. Thus, apart from Haftar’s capture of the strategic city of Sirte in January 2020, his ten-month siege of the capital, Tripoli, which commenced in April 2019, has resulted in limited gains. This despite the fact that his forces have had an enormous military hardware advantage, having received arms from the UAE and Egypt, with Chadian, Sudanese, and Russian mercenaries being attracted to support his advance. To break the military stalemate, Haftar imposed an oil embargo in an attempt to strangle the GNA, which relies on oil revenues to provide services and compensate militias. Haftar has not attempted to resell the oil, but his control of most of Libya’s oil and water resources – which are located in the country’s east – allows him great leverage.

Between January and February this year, the UAE provided Haftar with over 4 600 tons of military equipment, allowing him to snub UN and Turkish-Russian mediation efforts. Turkey, on the other hand, supports the GNA. Ankara enhanced this support in recent months by deploying Syrian rebels and Turkish Special Forces to Libya after Haftar captured Sirte. Ankara and the GNA also concluded a maritime border agreement in 2019, strengthening Turkish claims over natural gas in the Mediterranean, and undermining the claims of Greece and Cyprus. Ankara thus regards support for the GNA as critical to its national interests, and will likely further augment its support, despite suffering dozens of casualties among its soldiers. It is noteworthy that Syria and the eastern House of Representatives, which Haftar is influential over, concluded an agreement in March jointly to confront Turkey; the two will likely soon exchange diplomatic representatives. The HoR followed the UAE and Bahrain in re-establishing ties with Syria, which were severed following the start of the Syrian uprising.

Meanwhile, the UN continues to be hamstrung by divisions within the Security Council. Haftar’s continued obduracy has been encouraged by support he receives from France, a permanent member of the UNSC, and, more recently, Russia, another permanent member. His march on Tripoli, a week before a UN-sponsored national conference scheduled to be in Libya (which was subsequently cancelled), and his issuance of an arrest warrant for the head of the GNA, Fayez al-Sarraj, elicited little censure from the UNSC, despite the UN’s now-former special envoy to Libya, Ghassan Salame, labelling the move a coup. In addition, Haftar’s shutting down of oil terminals also resulted in no repercussions, despite UNSC Resolution 2510, which affirms the need to resume oil production.

Further, the UN has had an obsessive focus on elections as a means out of the conflict, and has not given much attention to consensus-building and bottom-up negotiations, which were hallmarks of the initial phases of the 2015 Libyan Political Agreement and the subsequent Skhirat agreement. The UN had planned for elections to be held in 2018, but these have continually been postponed. In February, UNSC Resolution 2510 ratified the January 2020 Berlin Roadmap calling for a full ceasefire and an arms embargo on Libya. Implementation of the resolution will be difficult, however, especially since Russia, a key Haftar supporter, abstained from the vote, indicating it is unlikely that it will support the implementation of the resolution.

A 13 January 2020 ceasefire agreement, mediated by Turkey and Russia, failed because Haftar refused to endorse it, while a fifty-five point roadmap endorsed by most roleplayers in Libya, including the UAE, Turkey, and France, in Berlin on 19 January is also proving difficult to implement.  Ceasefire talks between five military officials from each of the two sides in February in Geneva agreed on a tentative ceasefire, but the two rival governments overruled this. Another seemingly-useless initiative is the EU’s February endorsement of a new mission to complement its Operation Sophia, which seeks to enforce the Libyan arms embargo, but which fails to account for the fact that this will not hamper Haftar since most of his weapons come through Egypt. France, which had despatched forces to support Haftar from 2014, and which had vociferously advocated for the new mission, opposes Turkey’s support of the GNA.

The current stalemate suggests that a political solution is the only real way out of the crisis. However, it is doubtful that Haftar will enter into negotiations in good faith; he has continually acted to scupper any talks that might limit his power. On the sidelines of the Berlin conference, he insisted that talks to form a government could only occur after Tripoli was disarmed, supporting an earlier LNA statement that a militarily-imposed solution was the only way to ensure security. His attitude is hardened by the support he continues to receive from regional and global powers, which emboldens him, even though consolidating control over Tripoli and the country’s western regions has proved more difficult when compared to his rapid march through the South in early 2019. Haftar’s recent announcement of a humanitarian ceasefire was a result of pressure from the USA, and is unlikely to lead to real change. Already, the LNA has undertaken attacks in Tripoli, killing two.

Last modified on Sunday, 22 March 2020 23:47
Tweet
More in this category: Libya’s zero-sum politics and defiance of legitimacy – Part 1 »
back to top