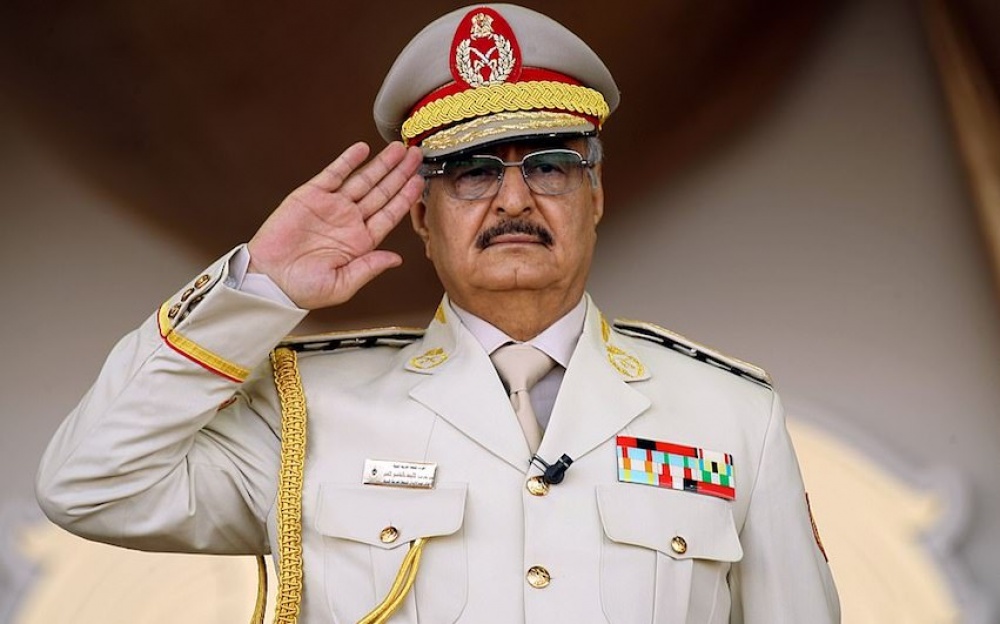 Khalifa Haftar’s 4 April announcement declaring his march on Tripoli, and the subsequent attack on the Libyan capital by his forces, threaten to gravely impact the already tenuous process of placing the country on a more inclusive and representative trajectory, and highlights his intention to subjugate all of Libya to his rule. As a result of the Haftar threat, the Libyan National Conference planned by the UN, and which was to be held this week, was postponed. Significantly, unlike in relation to his rapid capture of the South between December 2018 and March 2019, Haftar’s move westwards is likely to be fraught with challenges; even if it is successful, his grip on power will continue to be subject to low-level insurgent warfare.

Haftar’s decision to march on Tripoli was likely influenced by the announcement of the UN’s national conference, which was to be held in the southwestern town of Ghadamis. It was hoped the conference would agree on a roadmap for Libya’s future that would include a provision for elections to be held before the end of this year. Haftar’s likely fear was that the diverse, and fairly representative 120-person conference would have opposed his super-sized role in the country’s future, especially since he wants to become the supreme military commander in any future settlement. Significantly, a February meeting in the UAE between Haftar and the head of the internationally-recognised Government of National Accord (GNA), Fayez al-Sarraj, sought to formulate a compromise, and proposed reducing the Presidential Council (PC) that controlled the GNA from nine members to three, and tacitly acknowledging that Haftar would be one of the three. Indeed, the proposed compromise was too heavily weighted in Haftar’s favour for it to be implemented by the GNA.

Haftar calculated that his march on Tripoli would spur militia groups in the West to quickly change sides, joining his forces and allowing him to rapidly conquer the city. His previous such offensive was in the South where, through crafting opportune alliances and by instigating rivalry and warfare between southern tribes, he was able rapidly to capture much of that part of the country, even though his hold on the area is tenuous. With the fall of the South, Haftar now controls all Libya’s oil resources, which empowers him in any future negotiations.

However, he had miscalculated; a few smaller towns, such as Rujban and Surman, shifted allegiances, but most militia groups mobilised to defend the capital. Significantly, the large Bunyan Marsus militia from the city of Misrata dispatched troops to defend Tripoli, even though Haftar attempted to involve it in local skirmishes around Sirte. Further, militia form the city of Zintan also joined the Misratans, even though Zintan’s leadership is divided on whether to support the GNA. After Haftar’s initial approach to Tripoli, the frontlines have remained constant, just outside the city, with his self-styled Libyan National Army being unable to breach its barriers.

Foreign powers, especially France, Russia, the UAE and Egypt, continue to support Haftar, even though French diplomats claim they did not authorise the march on Tripoli, and despite the fact that these countries issued a statement on 4 April asking Haftar to halt his offensive. An example of this support is that a 6 April UNSC formal statement condemning Haftar was blocked by Russia, with the result that the UNSC issued just a press statement that called on ‘all forces’ to halt activities. Echoing that sentiment, the French foreign minister, Jean-Yves Le Drian, said, ‘both sides will have to come to a new understanding’.

It is likely that the UAE, Egypt and Saudi Arabia green lighted Haftar’s march on Tripoli. In his visit to Cairo on 6 and 7 April, he received unequivocal support from Egypt’s president, Abdul Fattah El-Sisi. France is unlikely to halt its support to Haftar; Paris is keen to control Libya’s vast oil resources, and Haftar’s counter terrorism rhetoric that paints all Islamists as terrorists appeals to Macron. Paris is also attracted by the ‘stability’ that a Haftar victory would bring, especially since France maintains strong interests in former colonies Niger and Chad, which have been negatively impacted by Libya’s current chaos.

Moscow dispatched troops, equipment and private contractors to support Haftar; Russia’s interest is resuming the large military contracts it had lost after Gadhafi’s ouster, which it believes Haftar will revive. In general, Moscow also favours strongmen, which it, like France, believes would ease its re-entry into the continent; it has thus supported Sisi’s Egypt and Bashir’s Sudan.

Highlighting the fact that Libya has become a battle ground between foreign powers, Russia warned against outside interference, fearing that the USA and Italy might strengthen support for the GNA. Matteo Selvini, Italy’s deputy prime minister, recently intensified criticism of French activities in Libya in support of Haftar. Meanwhile, the EU’s statement on Libya, which would have condemned  Haftar, similar to the US statement, was blocked by Paris.

The African Union continues to be a non-player, restricting itself to monitoring events. The continental organisation had planned a July reconciliation conference on Libya, but it is now uncertain whether it will go ahead or have much impact, despite the AU’s insistence that there were no plans for a postponement. Algeria, one of the key actors influencing the AU on Libya, is currently involved in its own leadership transition.

If Haftar’s move on Tripoli intensifies into a battle, Libya’s civil war will enter a deadlier phase, especially since weapons’ proliferation in the country is ubiquitous. It will also increase destabilisation in the region, where contestation over power is occurring in Sudan and Algeria, and where conflicts in Mali, Burkina Faso and, to an extent, Egypt continue. The international community must ensure that the Libyan National Conference goes ahead as soon as possible.

Last modified on Tuesday, 16 April 2019 22:49
Tweet
More in this category: Lack of consequences emboldens Libya's Haftar »
back to top