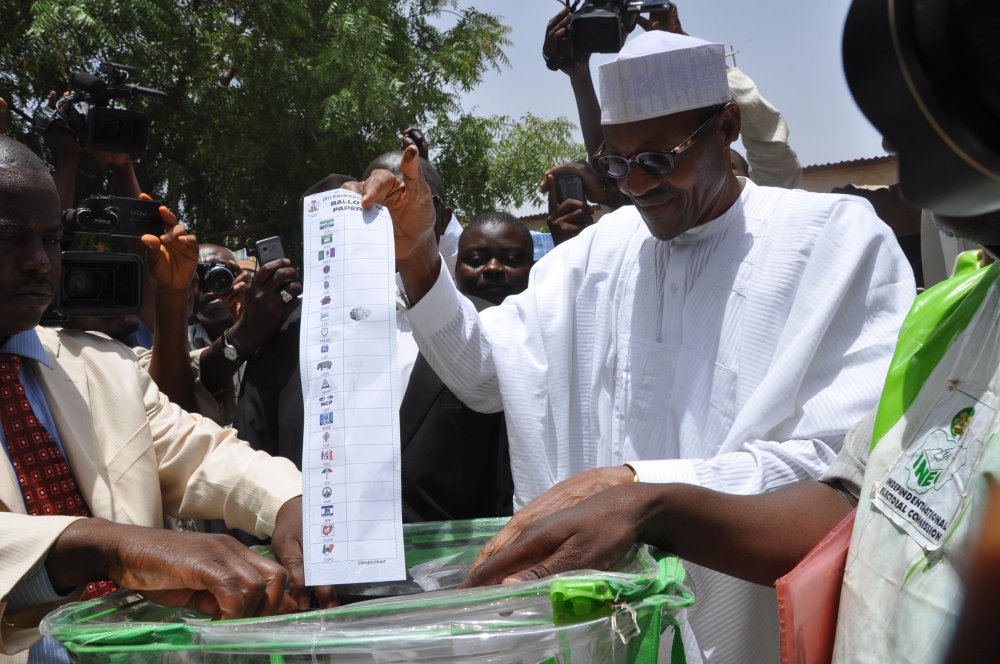 The election of General Muhammadu Buhari as Nigeria’s president will see a renewed focus by the government on domestic challenges posed by endemic corruption, the Boko Haram insurgency, and lower oil prices. How successful Buhari will be in dealing with these remains to be seen, but there are hints from his past record about the approach he might take. The gravity of these domestic issues will thus mean little change in the country’s foreign policy.

Buhari attained victory after a close and hard-fought presidential race which, for the first time in Nigerian history, saw an alternation in the governing party. Buhari, who headed a coup government ruling Nigeria between 1983 and 1985, garnered two million more votes (nine per cent) than the incumbent, Goodluck Jonathan. The result was mirrored in state elections held on 11 and 12 April, which saw Buhari’s All Progressives Congress (APC) winning twenty-one states, leaving Jonathan’s People’s Democratic Party (PDP) with fifteen governorships.

At the heart of Buhari’s victory was Jonathan’s failure decisively to tackle Boko Haram in the country’s north, which had caused the deaths of 22 000 people in the past five years. In what many called a referendum on his inaction over Boko Haram, most northern states voted for Buhari, including the most affected states of Yobe, Borno and Adamawa. Despite Jonathan implementing a state of emergency in the north east in May 2013, many Nigerians believed the problem was not being taken seriously because the north was not Jonathan’s main constituency.

Under Jonathan, corruption had also increased dramatically. In 2014, the former central bank governor, Lamido Sanusi, had called for an investigation into the misappropriation of twenty billion dollars from the country’s oil account –he was subsequently dismissed on spurious charges. Further, much of the six billion dollars budgeted for security expenditure is siphoned off by elements in the military and political elite.

Buhari’s military credentials appealed to northerners who bear the brunt of Boko Haram violence. His success in dealing with the 1980s Maitatsine revolt, which was similar to the current insurgency, has added to expectations that he can successfully tackle Boko Haram, and his uncompromising stance on corruption also endeared him to citizens from Lagos and Abuja. He had cracked down on corruption in his ‘war on indiscipline’ when he was military ruler; suspected public officials were speedily retrenched and even jailed. Unlike most previous rulers, Buhari accumulated little personal wealth from his time in office, and lived a relatively modest life before the election.

Addressing these challenges dominated his campaign. He called corruption a threat to democracy, and said he would reopen investigations into the missing oil wealth. He also declared an intensification of the campaign against Boko Haram and, unlike Jonathan, alluded to the roles played by Cameroon, Chad and Niger in the campaign while arguing that Nigeria needed to be at the forefront.

With these massive challenges there will be little focus on foreign policy. Previously a strong voice in the international community and African Union, and involved in peacekeeping operations in Liberia and Sierra Leone during the 1990s, Nigeria will focus inward. However, unlike Jonathan, Buhari will seek to mend ties between Nigeria and the international community, especially the USA and South Africa. South Africa-Nigeria relations will likely improve, and arms sales between Pretoria and Abuja will probably recommence soon. Pretoria has already begun signalling a desire to resolve a problematic arms deal from 2014. Nigeria is also expected to be more independent in international forums. During the Jonathan years the country often towed the US line, culminating in its much criticised decision to abstain from a vote on Palestinian statehood in December 2014. Coordination between Nigeria and other countries in the region, including Niger, Cameroon and Chad, which was lacking during Jonathan’s rein, will also likely improve. Already, coordination between these states has led to Boko Haram being driven out from seventeen of the twenty local districts it had held in 2014.

But the new president’s powers will be more constrained than when he was last in power; the political and governmental structures he inherits are vastly different to those in a military regime. Although Buhari will need to rapidly address these challenges, Nigeria’s polarisation poses the greatest threat, indicated by how the results of both elections were skewed by religious and ethnic divisions. Jonathan received most votes in the mainly Christian south (by more than eighty per cent in some states), while the north largely voted for the APC and Buhari.

Significantly, the 30 000 educational stipends Jonathan’s administration had been paying to southern students, and millions of dollars paid as patronage to leaders of the militant Movement for the Emancipation of the Niger Delta (MEND), which had disrupted oil production, is up for renewal at the end of 2015. Stopping these payments could see a resumption in MEND’s activities. Buhari will have to confront this issue in an atmosphere where the price of oil, accounting for seventy per cent of Nigeria’s revenue, has halved since its high in 2014. With economic growth dipping to below five per cent for the first time since 2003, Buhari faces almost insurmountable odds.

Last modified on Friday, 28 August 2015 13:24
Tweet
More in this category: Mali’s instability resulting from corruption, militancy and foreign interference »
back to top