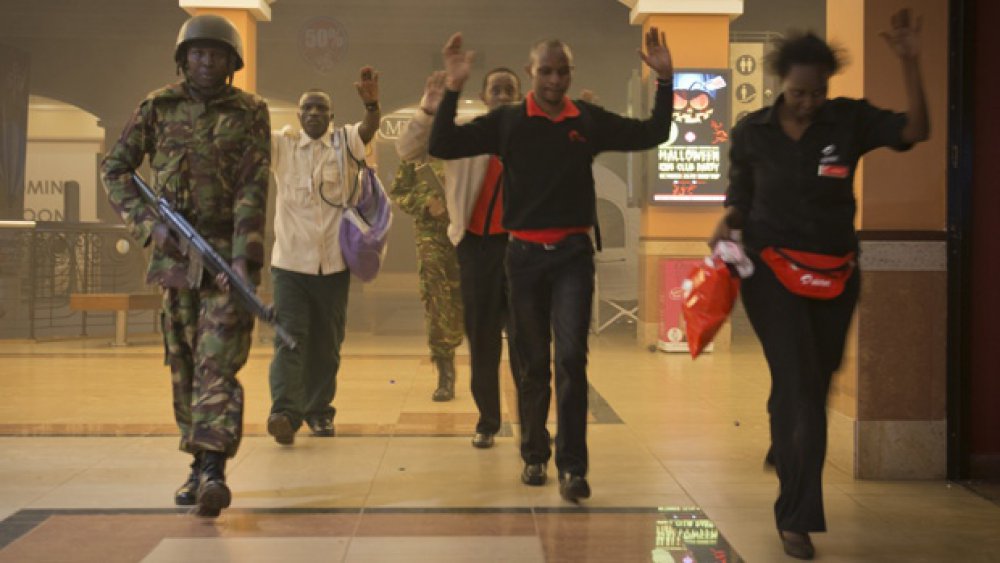 The declaration by Shabab spokesperson, Abdulaziz Abu Muscab, that the operation was a response to Kenyan troop presence in Somalia only partially explains the group’s reasons. Kenya currently maintains between 4 000 and 5 000 troops in Somalia as part of the African Union’s 17 000-strong peace enforcement force (AMISOM). Since 2012, AMISOM forces have attained many victories over al-Shabab, with the group retreating from its previous coastal strongholds of Kismayo and Marka in 2012. The withdrawal from Kismayo was largely attributed to the presence of Kenyan forces backed by its air force and military. These developments have severely debilitated al-Shabab, both in the group’s ability to generate revenue and to procure arms. Control over Kismayo enabled the group to generate 40 million dollars annually, mainly through charcoal exports. The main result of this was a decline in its ability to gain and hold territory, since direct combat was no longer an option. The group has since resorted to the use of improvised explosive devices (IEDS), and small units of fighters that attack UN, Turkish and Qatari aid convoys to sow confusion about security among ordinary Somalis. The Kenyan hostage operation fits the pattern of carrying out operations on a ‘soft’ targets in an attempt to force a Kenyan rethink on maintaining its troop numbers in Somalia. Significantly, Shabab still includes 5 000 fighters, and could regain territory were AMISOM to be scaled down.

More significant was the message that the Shabab leadership hoped would be sent to ordinary fighters and splinter factions. AMISOM’s successes, and heavy-handed control by its leader Ahmed Godane, have fragmented the group. Many individuals have left the group, and dissenters are being hunted down, resulting in a more hardened group. Long-time leader, Hassan Dahir Aweys, sought refuge with the Somali transitional government, while Omar Hammami (also known as Abu Mansoor Al Amriki) and Ibrahim al-Afghani were killed. These men had criticised Godane for globalising the Somali conflict, and killing innocent Somalis. Al-Afghani, who is reported to have had close ties to Osama Bin Laden, went as far as writing to Al-Qa’ida leader Ayman al-Zawahiri, accusing Godane of imprisoning and killing foreign members. These power struggles left many rank-and-file members disillusioned, and its size decreased from 12 000 before the fall of Kismayo to 5 000 this year. An operation such as the Westgate one would illustrate to many disaffected individuals that the group was still relevant. Moreover, success would have increased its appeal and repaired its image amongst other al-Qa'ida branches, especially after Afghani’s letter.

Kenya’s refusal to reconsider its military presence in Somalia, and al-Shabab’s continued territorial losses, might mean more operations such as the Nairobi one will take place. However, these activities, just as with the 2010 Kampala bombing – the only other instance of a Shabab operation outside Somalia’s borders – remain part of a nationalist strategy to force states to rethink their contributions to AMISOM. That the group’s agenda is essentially a national one makes nonsense of suggestions that the group maintains cells in South Africa, and is plotting to undertake similar operations in South Africa, and represent a major misunderstanding of the group’s aims and objectives. It is also noteworthy that Kenya’s troop deployment in Somalia is not altruistic. The country successfully sought the creation of a ‘Jubaland’ administration in southern Somalia as a buffer between the two countries, and instated its anointed candidate, Shaykh Ahmed Madobe, to head the administration.

While continued foreign military presence in Somalia might seem help solve Somalia’s problems, a military solution alone is unlikely to succeed. Al-Shabab itself was formed as a result of Ethiopia’s 2006 invasion which led to the fracturing of the Union of Islamic Courts (ICU), which had succeeded in bringing a level of peace, stability and order to the war-ravaged country. At the time large swaths of Somali territory were administered by the ICU, which enjoyed much support from ordinary Somalis. For a Somalia beyond failed state status, more emphasis must be placed on incentivising ordinary Shabab members to leave the group, which can only be achieved through integration, education and job creation. In this regard, the 2.4 billion dollar ‘new deal’ compact between the government and various donors, and the initiative aimed at increasing school attendance by a million, need to be supported and implemented. The odds of these attempts succeeding has drastically improved with the 12 September fatwa declaring the Shabab’s activities unIslamic and prohibiting Somalis from aiding it. The broad consensus in reaching this decision – over 160 scholars from Somalia and the diaspora were present – means this will appeal to a majority of Somali society.

Last modified on Thursday, 19 February 2015 13:23
Tweet
More in this category: French military intervention will add to Mali’s problems »
back to top