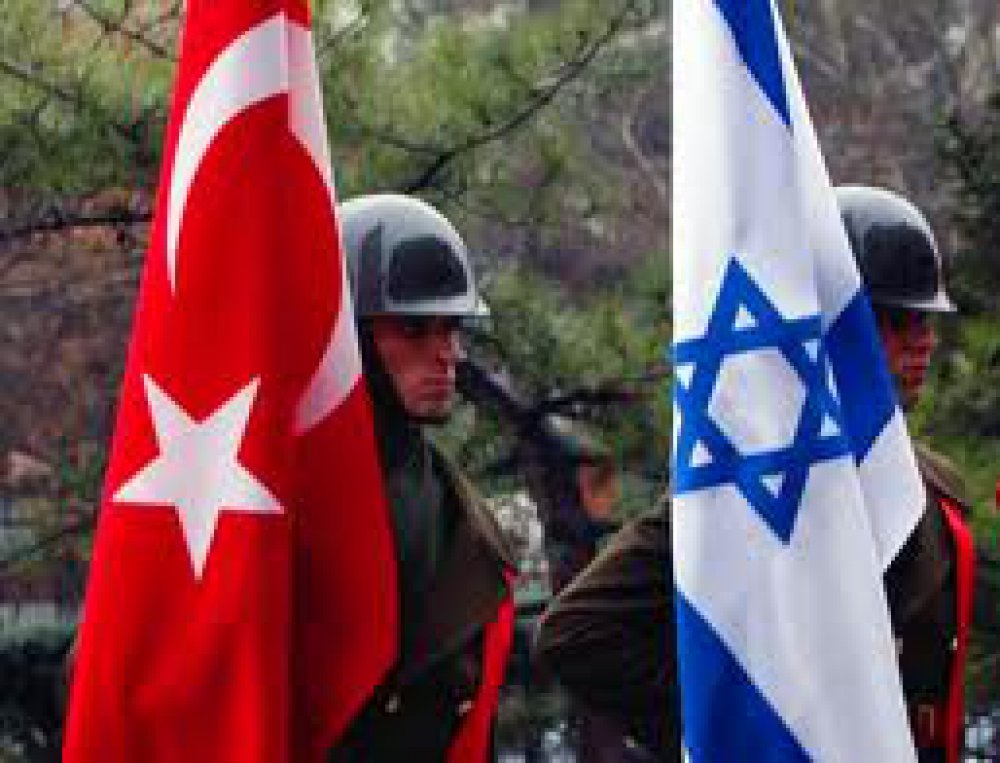 However, in the closing moments of his visit, Obama succeeded in mediating the normalisation of relations between Israel and Turkey. This development was particularly unexpected considering Turkish Prime Minister Recep Tayyip Erdogan’s unambiguous support for the Palestinian people. In fact, just a few weeks earlier he commented that ‘Zionism is a crime against humanity’ – a statement he later claimed was misinterpreted.

Paving the way for the rapprochement between Turkey and Israel, in a phone call to Erdogan – using, the story goes, Obama’s phone – Netanyahu, who is not renowned for his a conciliatory attitude, expressed Israel’s apology to the Turkish people for ‘any mistakes that might have led to the loss of life or injury’. Aside from an apology, which the Turks had expressly demanded as one of three conditions for normalising relations, Israel, according to Turkish Foreign Minister Ahmet Davutoglu, had ‘systematically fulfilled’ each of Turkey’s preconditions: financial compensation to the families of the victims and lifting of the embargo on Gaza.

Relations between the two countries had plummeted when, in 2010, Israeli forces commandeered a Turkish ship, the Mavi Marmara which was attempting to break the siege on Gaza. The Israeli soldiers killed eight Turkish nationals and one Turkish-American. That said, although relations quickly degenerated and became increasingly hostile, relations were never severed. Despite diplomatic antagonism and heated rhetoric, the two countries still maintained military sales and foreign trade to the value of $3 billion per annum.

The move was crucial for the USA, which is still trying to reconfigure its relations in the region after the uprisings that swept across the region compromised these relations with certain key allies. Israel – with few friends in a region in flux, and with Syria in a state of civil war and the uncertainty around its new roleplayers and chemical arsenal that could potentially fall into the hands of hostile elements (from Israel’s perspective) – needs a stable ally in the region. Although Israel prides itself on its might, the humiliation of an apology and the payment of compensation is a relatively small price to pay in the long term. Although Turkey has delighted in this diplomatic coup, it came at a particularly opportune time on a domestic front for Erdogan. The prime minister, whose AK Party heads into elections next year, has been facing challenges from opposition parties for the ceasefire agreement reached on the 21 March with the Kurdistan Workers Party (PKK). The apology from Israel with compensation has been a boon for Erdogan’s domestic popularity among those opposition sections.

This development has been beneficial for the USA, Turkey and Israel, and will no doubt also see enhanced economic relations with the discovery of natural gas reserves off Israel’s coast. If Turkey were natural gas from Israel, it would make it less dependent on Iran – which will please all three countries. It has not, however, been beneficial for the Palestinians who were arguably the focus of it all. The Freedom Flotilla aimed, after all, to break the siege on Gaza.

Two of the three conditions that related to Turkey and Turkish nationals have been met – an apology and compensation. However, despite Davutoglu’s assertion that Israel has met the third condition, lifting the blockade on Gaza, this is certainly not the case. Gaza remains very much under siege with Israel maintaining both an aerial and naval blockade. This is especially ironic since the Mavi Marmara was breaking the naval blockade – which remains firmly in place.

Israel ‘easing’ the blockade means, at best, a somewhat freer flow of goods into Gaza from the Israeli side and a lifting of certain restrictions. This is just symbolic tokenism, and no one doubts that even that little easing can again be tightened at Israel’s whim. Erdogan, an astute politician who has positioned himself as an outspoken advocate on the Palestinian cause, will not easily relinquish this role. He commented a few days after the apology, on 25 March, that relations with Israel could not be fully restored until the Gaza siege is lifted.

It has been reported that after being approached by Turkey for its support, Hamas applauded Erdogan for the ‘victory’ of getting Israel to apologise – allegedly after being asked by the Turks to do so. There is, however, no indication that Hamas or any other Palestinian group was consulted prior to the decision being taken; they were informed after the fact, and that the agreement included ‘lifting the siege on the Palestinian people’. The nagging question, then, is after all the credit – political, diplomatic, trade and material – is shared between Netanyahu, Obama and Erdogan, what benefits will accrue to the Palestinian people.

Last modified on Thursday, 19 February 2015 09:03
Tweet
More in this category: Turkey: Reforming or lagging behind? »
back to top