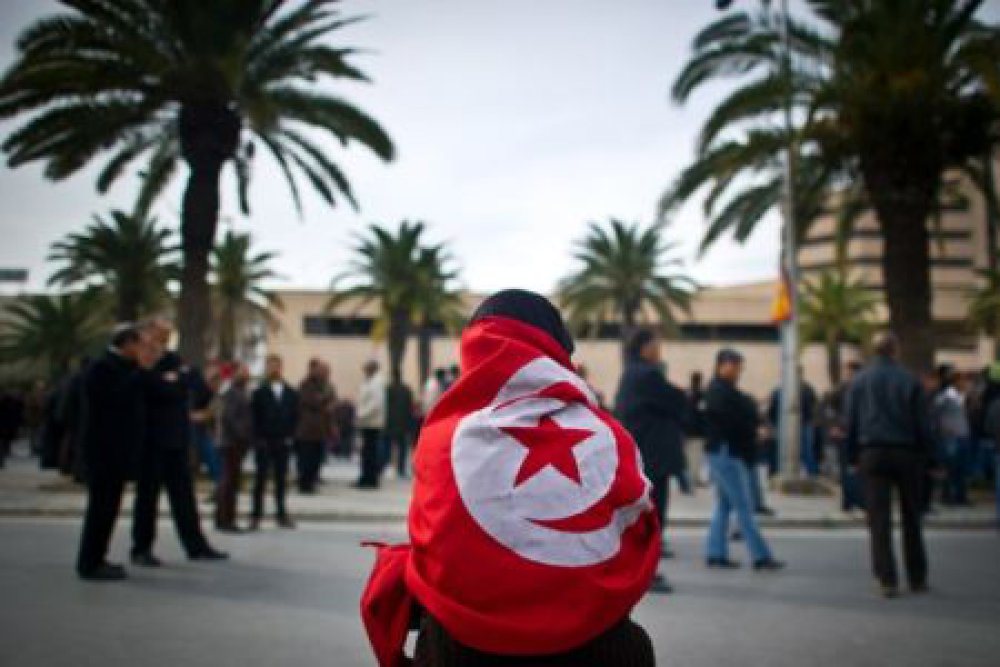 In the opinion of a number of observers, the controversy of the ‘initiative’ document – put together by secularist groups who took advantage of the imbalance of representative voices in the composition of the commission in order to ensure discussion and the adoption of the document – is a manifestation of the broader conflict between Islamists and pan-Arabists, on the one hand, and secularists, on the other. The document reflects secularists’ fears that the Nahda movement will take control of the next Constituent Assembly, exploiting its majority to impose new procedures, laws, and perhaps a new constitution, thereby thwarting many of the country’s advances in ‘modernisation’.

As such, much of what may seem to be of concern over the values and principles contained in the document is also a reflection of distinct political positions on one side of the political debate currently raging in Tunisia. Despite the apparent commitment in the text of the initiative to the first chapter of the constitution – which provides that ‘Tunisia is a sovereign and independent state, Arabic is its official language and Islam its official religion’ – other points in the document, such as the emphasis on full equality between men and women, are understood as a call to review inheritance law based in Shari’ah, something usually rejected by Islamists.

The Nahda movement had endorsed what had been called the ‘October 18 document’, which recognised all modernisation gains and calls for their further development. That document had also been supported by the Progressive Democratic Party and the Tunisian Workers’ Communist Party. Due to the Nahda movement’s rejection of the mandatory nature of the proposed ‘initiative’ document, the Higher Political Reform Commission endorsed the idea that the document be the product of consultations between all the political tendencies in the country, and that it be of a moral and non-binding nature. This decision was taken in spite of secularist incitement against the Nahda movement.

If the sixteen-member committee tasked with revising the document is successful, the commission will have moved beyond intractable disagreements between Islamic and secularist currents. As that battle is fought, another will dominate the political arena as a result of the reservations put forward by the acting president, Fouad Mebazaa, on the draft electoral law, especially reservations on Chapter XV (prevention of notable figures of the former regime from standing for election) and Chapter XVI (equal distribution of electoral lists). Mebazaa’s justification for his reservations was that he was concerned about an Islamist political takeover in the next election. This justification has cast doubt on the acting president’s commitment to neutrality regarding the ongoing political contest in the country, and elicited outrage at what was understood as a defence of the former regime’s notable personalities – Mebazaa having been one of them until the early 1990s.

This reaction to Mebazaa’s position coincided with an attempt by members of the former ruling party (now dissolved as a result of a judicial ruling) to protest against what they described as an unfair exclusion of their voices in determining the future of the country. This, combined with security personnel protests against what they described as a smear campaign that accused them of shooting at demonstrators during the revolution with the intention to kill, has resulted in a tumultuous environment of strikes and demonstrations in various parts of the country. On Tuesday, 19 April, demonstrators in Sidi Bouzid – where demonstrations in December 2010 sparked the revolution – chased away the new minister of interior who was on an official visit to the city. The demonstrators were protesting against the interim government’s decision to send this particular minister as the first government representative to visit them. It is, thus, no exaggeration to say that the interim government is going through one of its most difficult periods, especially given the declining popularity of the prime-minister, Beji Caid el Sebsi, and his inclination to overstep the boundaries of neutrality, displeasing those involved in the Tunisian political process.

In this context, some observers have described the official television channel’s decision to broadcast a documentary about the corruption of the ousted president, Zine El Abidine Ben Ali, as a governmental attempt to distract the population by allowing it to vent its anger at an issue now relegated to the past. This is in addition to certain parties’ attempts to dump all the country’s troubles on one person in anticipation of attempts to also hold them accountable and force them to respond to accusations of their involvement in corruption and murder. These issues raise the question of trust between the various political players in Tunisia, and their confidence in elections as a fair process.

Last modified on Thursday, 19 February 2015 13:07
Tweet
More in this category: Tunisia: The battle for the Constituent Assembly »
back to top