Syria talks gloss over inconsistencies in ceasefire and aid delivery 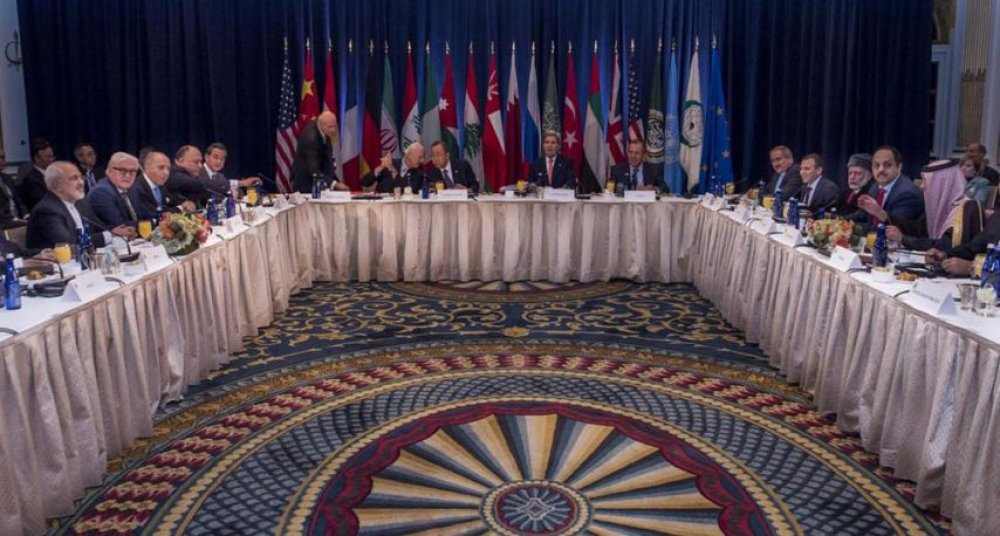 The International Syria Support Group (ISSG) met in Vienna on 17 May to discuss the ongoing civil war in Syria. The group of seventeen countries, chaired by the USA and Russia, is tasked with devising a diplomatic solution to the war afflicting Syria since 2011, which has killed between 250 000 and 400 000 people. This week’s meeting was mostly concerned with humanitarian assistance to areas still under siege, and with the internationally endorsed ceasefire that began on 27 February, through Security Council Resolution 2268. These points had been part of the measures agreed upon in order to restart negotiations between the Syrian regime of Bashar al-Asad, and the Syrian opposition, represented by the Higher Negotiations Committee (HNC).

The withdrawal of the HNC from UN-brokered talks on 20 April set back weeks of shuttle diplomacy by UN special envoy Stefan de Mistura. Continued violations of the ceasefire and questions concerning Asad’s future – which the regime, Moscow and Tehran insist is not under discussion – were perceived by the HNC as Asad negotiating in bad faith.

The Vienna meeting was different from previous meetings in February when there was great optimism that talks would recommence. The ISSG reiterated the need for the 1 August deadline for the implementation of Security Council Resolution 2254 to be met ‘at an appropriate time’. In the strongest worded statement from the ISSG yet, it was noted that failure to adhere to the ceasefire would be followed by the removal of its legal protection to those party to it. Saudi Arabia commented that if the ceasefire were to fail it might provide the rebels with heavier arms, including surface-to-air missiles. While US State Department officials echoed this comment, US Secretary of State John Kerry, eager not to alienate Russia, omitted this possibility in public.

An ISSG meeting in March had guaranteed humanitarian assistance to areas under siege. Since then, limited UN humanitarian aid has been airlifted to Deir ez-Zor – besieged by the Islamic State group (IS); and aid convoys have passed through government-controlled areas to rebel-held territory in Idlib province, which previously faced drastic shortages of food and medicine. Since the ceasefire began in February, the International Committee of the Red Cross and the Syrian Arab Red Crescent have delivered assistance to 255 000 people in besieged areas and 473 000 people in hard-to-reach areas. However, continued fighting between regime forces and their allies, aided by Russian airstrikes, on the one hand, and rebel groups on the other has made aid delivery into Aleppo and the Idlib countryside extremely difficult. Difficulty has also been experienced getting aid to the outskirts of Damascus, and there are reports of starvation in the suburb of Daraya.

After the Vienna meeting the ISSG said the UN plan for ‘priority humanitarian deliveries’ in June, as stipulated in UNSC Resolution 2254, should progressively be built upon until aid can be delivered throughout the country. Kerry noted that he and his Russian counterpart, Sergey Lavrov, would coordinate airdrops to areas blocked by Asad’s forces if Damascus did not facilitate aid deliveries. This is an admission of the failure of previous aid declarations, and an indication that even Asad’s Russian backers are concerned about his regime ignoring agreements. The difficulty of aid delivery is linked to the 27 February ceasefire which allowed Russian and Syrian aircraft to continue striking areas controlled by IS, al-Qa'ida affiliate Jabhat al-Nusra, and allied groups. Due to increased pressure on various rebel groups, particularly in Aleppo, many rekindled or forged alliances with Jabhat al-Nusra, a fact which was used by the Russians to bomb these groups, resulting in massive destruction on civilian areas in these groups’ control.

The USA, currently moving towards an election, will not push for drastic changes, and thus will play the role of junior chair of the ISSG over the coming months. The current ceasefire allows continued bombing of areas in a state of flux, changing hands between rebel groups. Until a more comprehensive ceasefire is endorsed, the violence will continue. The latest ISSG meeting raised less expectations than previous meetings did, indicating that the real negotiations on the fate of the political transition in Syria will take place elsewhere.

Last modified on Tuesday, 24 May 2016 07:58
Tweet
More in this category: Syria's war crimes: prosecutions must begin before conflict ends »
back to top