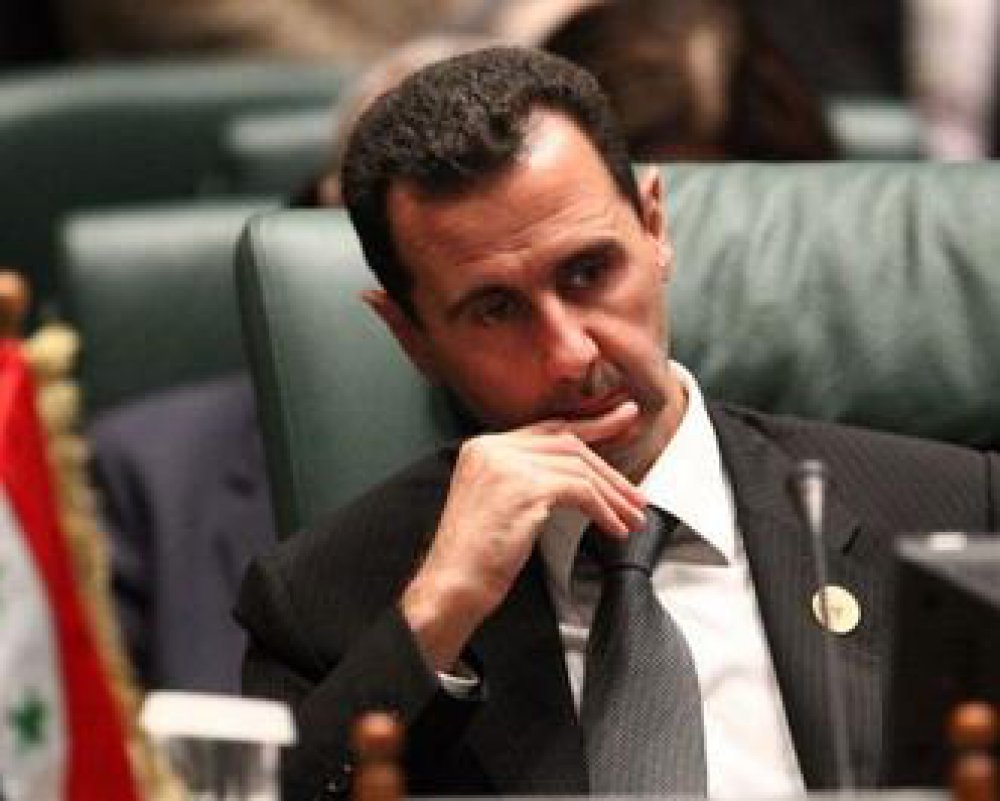 Published in Syria
Tagged under
By Afro-Middle East Centre
The audacious bombing of the high-level crisis cell meeting of Syrian President Bashar al Asad’s inner-circle last week that left four of Asad’s closest aides dead, had Syrian opposition groups elatedly proclaiming ‘the beginning of the end’ of the Asad regime. This was echoed by much of western media, which loudly forecast the imminent ousting of the Syrian president.
Despite leaving the regime severely rattled – both politically and psychologically, destabilising its former bravado – the opposition’s claim that Asad’s fall was imminent (in a few weeks according to one Syrian National Council spokesperson) was overstated and premature. The blast that resulted in the death of his defence minister General, Dauod Rajha; brother-in-law and most trusted confidante, Assef Shawkat; deputy vice-president, General Hassan Turkmani and interior minister, Mohammed Ibrahim al-Shaar was certainly a blow that left the regime reeling. Yet a week later the deadlock between the Syrian regime and rebel groups remains largely unchanged. Battle lines have been redrawn but the status quo in the balance of power has not altered significantly.
Crucially, Asad still holds two important trump cards: the loyalty of the armed forces dominated by members of his Alawi sect and Russia’s support. Russia’s backing was re-affirmed a day after the bombing when it and China vetoed a western-backed draft UN Security Council Resolution that sought to impose stringent sanctions on Syria. Despite the vitriolic American response – calling Russia’s vetoes ‘dangerous’ and ‘deplorable’ – Russia’s stance was not unexpected. It is now accepted by many that the time for a Kofi Annan-style political solution has passed.
Despite this, concerns over Asad’s arsenal of chemical weapons piqued this past week, suggesting there was common concern that Asad was on the cusp of being ousted. With his back against the wall, it was believed he would use whatever necessary to cling to power – including chemical weapons. Even for Russia, such a prospect was worrying as it would undermine its own agenda in Syria. The US and Israel also claimed that with Asad’s ousting the arsenal could potentially fall into the hands of Hizbullah; this was accompanied by bellicose threats of doing what was necessary to secure the weapons. After Russian pressure on Syria not to consider the chemical weapons route, the Syrian regime stressed they would only be used if Syria were attacked by an external force.
With US, Turkish, Qatari and Saudi assistance, in particular, the opposition has made significant inroads at an unexpectedly accelerated pace. As last week attested, they have been able to penetrate the Asad government’s innermost sanctum. Military and political defections have swelled to a steady stream, slowly eroding at the integrity of the regime. Additionally, even though the regime managed, for the most part, to push the rebels back in Damascus, heavy fighting also erupted in Aleppo on 20 July and has been raging since. Both cities are traditional regime strongholds; rebel gains in either city would be a significant blow to the regime. This was underscored by regime responses to rebel attacks by redeploying troops to Aleppo and this week’s deployment of jets to attack rebel positions. The past week also saw rebels seize – and hold – several border crossings on the Turkish border – critical for the inflow of weapons. Yet, despite these gains, Asad, backed by the military and Russia, remains at the helm.
Syria is vital to Russia on an economic, tactical and geopolitical level. In a crisis that is increasingly about international interests and agendas, it would be fair to say Russia holds the trump cards. However, Russia is cognisant of the attrition of the Asad regime and the consequent threat to its own interests. Russia is less concerned with Asad than what Asad can offer it. If a more lucrative offer can be reached with another role-player involved in the crisis, Russia will have no qualms in dropping Asad – or arranging an exit. Till then, with the balance of forces in Syria mostly unchanged and a greater arming of the rebel groups, the next weeks will likely see an intensification of bloodshed and an increased threat of Syria descending into an even bloodier civil war.

Last modified on Thursday, 19 February 2015 15:32
Tweet
More in this category: Implications of the Syrian crisis on the future of Hizbullah »
back to top