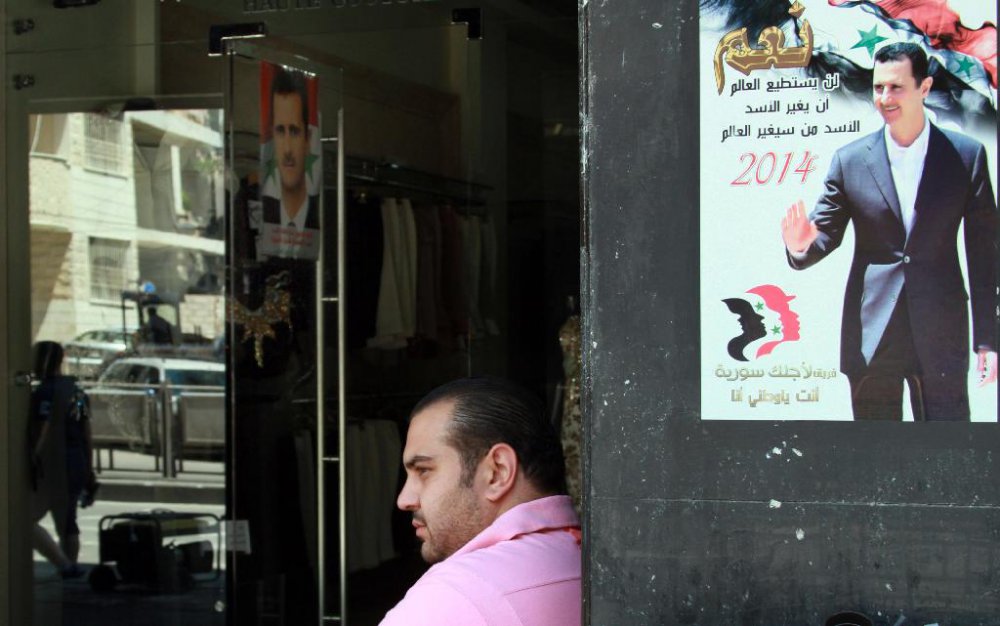 Syria concluded its first multi-candidate presidential election in about fifty years on 3 June, with its result a foregone conclusion – the incumbent, Bashar al-Assad, secured another seven-year term as president. However, the significance of the election is not in its result, nor in the supposedly democratic era that Assad supporters claim it heralds. The election simply confirms the regime’s confidence in its future and its strategy for confronting insurgency, and reveals the disdain with which the regime views demands for Assad’s departure.

Nevertheless, the election cannot negate the fact that large sections of the country are not under government control or that the regime was unable to set up polling booths in rebel-held localities, some of which are just a few kilometres from Damascus. According to UN estimates, nearly half of Syria’s population is displaced, and two to three million Syrians reside outside of Syria as refugees. Clearly the requisite conditions of peace and normalcy are absent, and the election result cannot be taken as indicative of the country’s mood as a whole. Even though the civil war is obviously the greatest challenge facing Syria, neither of the two candidates – Hassan al-Nouri and Maher Hajjar –opposing Assad in the elections disagreed with the regime’s manner of dealing with the crisis. That there is neither discussion nor a diversity of views on how to engage with the opposition to end the war means that the regime plans to continue with its current strategy of military confrontation and establishing localised truces.

This does not necessarily mean that the regime is uninterested in a political solution but it is seeking a solution purely on its own terms; at least for now, this includes the continuation of Assad’s presidency. Thus the regime has rejected demands made by the Syrian National Coalition (which is backed by the West and the Gulf states) that a transitional government be set up without Assad. The regime and its representatives took this stand during the UN-mediated Geneva II negotiations earlier this year and while the Coalition continues to demand Assad’s departure as a pre-condition to further talks, it does not have the wherewithal to force Syria’s regime to agree to this demand.

For now, its superior weaponry assures Assad’s regime of the upper hand. Altering the balance of power in favour of the opposition requires that, at the very least, the Coalition gains access to anti-aircraft missiles. Without such weaponry, the rebels will beunable to gain and hold territory. However, it is precisely these weapons that the opposition’s international backers, especially the USA, are refusing to provide. The reasons for this refusal relate to fears over the growing presence of al-Qa'ida-affiliated fighters in Syria, and the regional and international threat they would represent if armed with such technology. Thus, despite their support for the Coalition, the international powers’ understanding of the Syrian conflict effectively coincides with that of the Syrian regime. Since the outbreak of protests in 2011, the regime has described the conflict as a sectarian, foreign-funded and al-Qai'da/takfiri-backed terrorist conspiracy. The fact that the international imagination largely converges with this narrative, and that the insurgents present no real military threat, has made Assad’s regime increasingly confident about proceeding with its preferred solution to the crisis.

It is therefore entirely understandable that the regime held an election in the midst of a civil war. From their perspective, the election was not about democracy or ending the civil war; it was about entrenching the regime’s legitimacy among local and foreign supporters and sending a message to those who remain unsure which side to support – increasingly, this includes countries such as Turkey and USA. Apart from being necessitated by constitutional requirements, the election will consolidate whatever legitimacy the regime claims to possess. The huge voter turnout at the Syrian embassy in Beirut, even if orchestrated by Hizbullah, created the impression that the Syrians who want the war to end outnumber those demanding Assad’s departure. The election represented the regime’s show of confidence in itself and its policies. Thus we can be sure that Assad will remain in power, and unless the opposition alters its demands, no respite is imminent for Syrians caught up in the murderous conflict between the regime and the insurgents.