The core of the Somali crisis, and the challenges of reconciliation 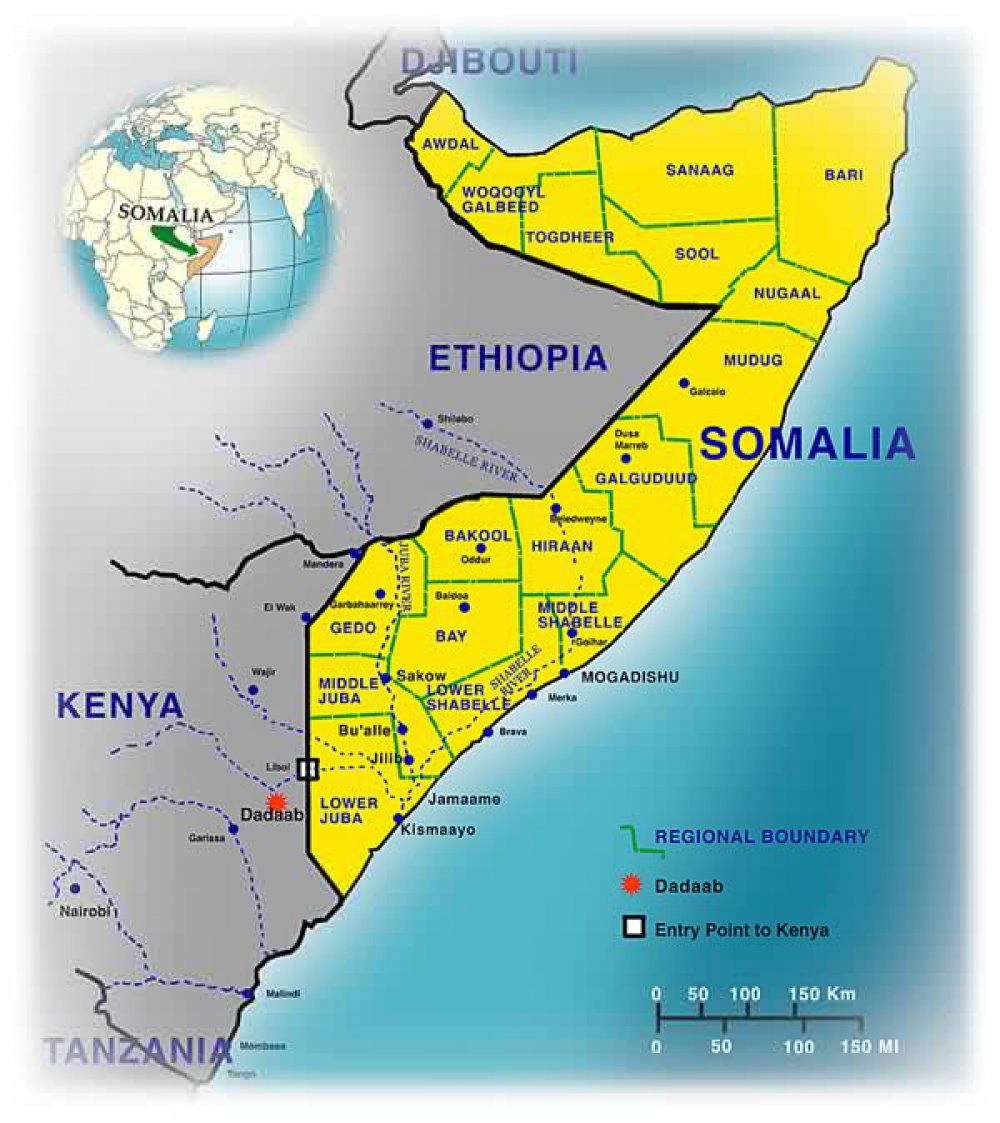 Unlike the Lebanese crisis, or that of Kosovo, the Somali crisis is characterised by ongoing self-igniting and self-sustaining violence. The opposing forces renew, multiply, and feed the conflict in a way that makes it difficult to reach any solution. Usually, exhausted antagonistic forces tend to enter into truces and seek solutions, and, when that happens, external allies find it possible to pressurise these forces. In the Somali conflict, however, this trend will soon be hampered by the emergence of new opposition forces working to remove the previous ones and control the latter's positions. Often, these new and rising forces are not willing to find solutions, and do not seek negotiated settlements. By the time they become exhausted and seek a solution, another force dominates and removes them, as they did to their predecessors. Thus, the cycle of violence and counter-violence continues; some forces fade away and others emerge. This equation of the strengths and weaknesses of Somalia is called 'Somaliazation'.

This phenomenon is also evident in the reconciliation conferences. Emerging powers often find it opportune to announce themselves at these conferences. Usually, their pledge to adopt force is their declaration, or statement of succession, to their waning predecessors. This explains the conviction of the warlords to accept the negotiation and the trend towards reconciliation in Kenya in 2005. They agreed to form a central government, led by Abdullahi Yusuf Ahmed. Ahmed replaced the incumbent president, Abdiqasim Salad Hassan, after his failure when four warlords declined to nominate him at the Arta meeting in 2000. Later, during the first parliamentary meeting inside Somalia, Ahmed was 'elected'. However, things did not continue as planned, and the Islamic courts emerged to renew the conflict with a new impetus and a new momentum.

Initially, the Islamic Courts Union (ICU) refused to negotiate, especially after their bitter experience with Ethiopian forces who had intervened after a request from Ahmed. However, the ICU later moved towards reconciliation, and was in turn opposed by the 'Movement of Young Mujahideen', which had originally been part of the ICU. The ICU subsequently divided into two: the 'Djibouti wing' (which formed the Alliance for the Re-Liberation of Somalia) and the 'Asmara wing'. The Alliance for the Re-Liberation of Somalia also split, and the reconciliation project thus put an end to the ICU, and emphasised the phenomenon of Somaliazation.

The Somali crisis is also characterised by the close interaction between internal and external factors. The internal factor relates to the battle for power between the different factions. The conflict could take a tribal character, or may be masked by an ideological gloss – whether transparent or opaque. The internal factor competes for impact with the external factor. The latter contributed to ensuring that the Somali crisis became, over time, part of the regional conflict between states in the region. Even Ethiopia, through its involvement in Somalia, seemed as if it were in conflict with Eritrea on the one hand and with Egypt on the other.

The external factor, represented by the role of neighbouring states, occurs sometimes through hidden and sometimes through open intervention. These interventions are aimed at deepening Somalia's crisis, causing the country to become preoccupied with internal problems, thus enhancing the phenomenon of Somaliazation. In such a situation, Somalis are unable to think about restoring their historical borders. Somalia's neighbours are concerned with a vigilant sense of nationalism or religion that they believe could lead to Somalia opening a front with Ethiopia and Kenya, to complete the 'great Somali homeland', symbolised by the five-pointed star in the Somali flag. These states are concerned that Somalis seek to liberate Somali regions in neighbouring countries to create a Somalia beyond the borders of the state announced on independence in 1960.

Ethiopia and Kenya were founded at the expense of the unity of Somalia, with Ethiopia taking the Ogaden region, which now represents its fifth region. Kenya took control of the territory of what is known as 'the northern border', home to around two million Somalis. Many Somalis see the roots of the Somali crisis in the defeat of Mohamed Siad Barre in 1978. Siad Barre, in the second war against Ethiopia, tried to restore the Ogaden region to Somalia. The countdown to Barre's rule thus began, assisted particularly by Ethiopia. The latter armed and trained different tribal groups to overthrow the government, and supported many of the belligerent movements, such as those established in the north, including the Somali National Movement founded by the Isaaq clan in 1980, the Somali National Front formed after Siad Barre's ousting, and the United Somali Congress (USC), composed primarily of the Hawiye clan in 1989. Also in 1989, an insurgency occurred in the southern regions, led by the Herty tribe, which was supported both by Kenya and Ethiopia.

All this resulted in continuous conflict between Somalia and her neighbours – mainly Ethiopia and Kenya, whose policies aimed to dismantle Somali unity, encourage insurgency against the Barre regime, and flood the country with arms. This instability, which is still prevalent, is a result of these countries following a strategy of distracting Somalis with endless conflicts, with yet another conflict beginning when the previous one had barely ended.

Djibouti, however, distinguished itself from Ethiopia and Kenya by repeatedly seeking to restore stability to Somalia in order to restore the regional balance with its neighbour Ethiopia. Firstly, Djibouti attempted to prevent Ethiopia's dominance in the region because of religious, tribal and cultural ties connecting Djibouti and Somalia. The Al-Issa tribe, which constitutes the majority population in Djibouti and controls the affairs of state, originates in Somalia and is, in fact, a Somali clan. The Eritrea-Ethiopia conflict is also influential in the Somali crisis. Asmara is allied to the opponents of Addis Ababa and those standing in the way of Ethiopia's policies in the region. Since Ethiopia is considered an ally of the new transitional government, Asmara declared its hostility to the government, and works to abort the task of reconciliation which the government says it is seeking. Asmara also embraces and fosters the chief opponents of President Sharif Sheikh Ahmed, led by the Alliance for the Re-Liberation of Somalia. This group adopted the Asmara agenda and opposes the 2008 Djibouti Agreement.

It also appears that some major powers, particularly the United States, a prominent international player in Somalia, have strengthened the policies of neighbouring states. Washington, worried by the growing influence of Islamic groups such as Al-Shabab and Hizb al-Islam, coordinates its efforts with Ethiopia. Since the latter has similar concerns to the US, the policies of the two countries converged and turned Somalia into a theatre of real and perceived US war against al-Qaeda and associated groups. This automatically extends the life of the Somali crisis, and extends the influence of Ethiopia.

In Somalia, any effort at reconciliation or the restoration of stability rarely moves one step forward before it falls back many steps.Affected by the positions of the various role-players and their desire to procure as much foreign support as possible, these factions try to acquire gains that reflect considerable external interest. Worse still, unexpected events, such as the emergence and rise of radical Islamic parties, compound the complexity of the situation, linking it to external agendas. Despite this, the benefits gained from the international community are limited. This is particularly so with the amount of time, funds and effort spent, some of which were dedicated to the organisation and management of more than twenty conferences or initiatives hosted by many African and Arab countries. The first of these efforts was the 1991 initiative sponsored by Djibouti. It resulted in the formation of an interim parliament of 123 members, its recommendation being to nominate Ali Mahdi Muhammad as president, and to choose a prime minister from the north. The most recent effort was the Arta Conference in Djibouti, in 2000.

The Arta Conference was organised under the auspices of the United Nations and other international organisations such as the European Union and the Arab League, and represented a landmark in the history of Somali reconciliation. It was concluded by choosing a transitional national council of 245, with women and minorities being represented. At this conference, the Presidential Council system was abandoned, Abdiqasim Salad Hassan was elected President of Somalia, and he formed the first government after the collapse of the Siad Barre government in 1991.

Establishing a new system of government in Somalia, whatever its effectiveness, the Arta Conference paved the way for further reconciliation efforts. On 26 October 2008, the Alliance for the Re-Liberation of Somalia (the Djibouti wing), joined the path of political settlement through an agreement signed with the interim government in Djibouti. The agreement called for a ceasefire and the withdrawal of Ethiopian troops. Sheikh Sharif Sheikh Ahmed, former president of the Islamic Courts Union, was elected President of the transitional government on 31 January 2009.

A recent entrant into the reconciliation project was the Sufi group Ahlu Sunnah Wal Jama'a, which opposes Al-Shabab and Hizb al-Islam, and condemned them for their desecration of the tombs of Somali Sufi leaders. In March 2010, a power-sharing deal was agreed upon, and Ahlu Sunnah Wal Jama'a granted five cabinet portfolios, diplomatic postings and senior roles in the police and intelligence services.

**This article is published as part of a partnership agreement between the Afro-Middle East Centre and the Doha-based AlJazeera Centre for Studies.

Last modified on Wednesday, 18 February 2015 11:06
Tweet
More in this category: Will Al-Shabab recover from a major defeat? »
back to top