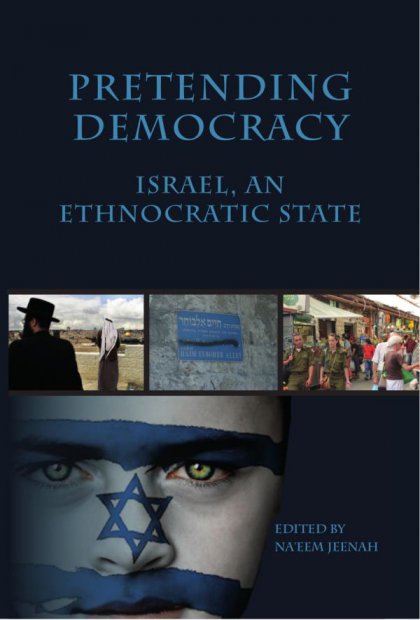 Can a state be both democratic and ethnically self-defined? The Afro-Middle East Centre’s (AMEC) latest publication Pretending democracy: Israel, an ethnocratic state unpacks this issue by using Israel as a case study. Based on papers presented at AMEC’s 2010 conference themed  ‘Locating ethnic states in a cosmopolitan world: The case of Israel’, the book interrogates concepts such as ‘cosmopolitanism’, ‘nationalism’, ‘ethnocracy’ and ‘citizenship’.

Comprising eighteen chapters and divided into four themes over 416 pages, the book presents a comprehensive and lucid analysis of the Israeli state from its founding and the myths that enabled its establishment to the 2008/09 Gaza war and its consequences. The thematic areas covered are: ‘Israel and its founding myths’, ‘The ethnic state and its victims’, ‘Comparative ethnic nationalisms’ and ‘Beyond ethnic nationalism’.

One section elaborates on comparisons between Israel, apartheid South Africa and pre-Good Friday Northern Ireland. Also tackled is the thorny issue of forms of statehood and rich debate takes place in the book between those advocating a South Africa-style single state solution and those promoting a binational state as the most just solution to the inherent contradictions between Israel’s claims of being both a Jewish and a democratic state and its discrimination against Palestinian citizens and occupation of Palestinian lands.

The concluding chapter, by assessing post-apartheid South Africa, looks beyond the conditions and stipulations that would result in a single state wherein Jews and Arabs enjoy the same rights, to teasing out the steps that need to be taken to ensure that these rights are substantive.

Contributors to this volume include award-winning author Shlomo Sands, whose piece debunks the notion that Jews form a genealogical ethnicity; South Africa’s former intelligence minister Ronnie Kasrils, whose chapter uses the South African Communist Party’s ‘colonialism of a special type’ framework to assess and explain the behaviour of Israel. The foreword was penned by South Africa’s deputy minister of international relations and co-operation, Ebrahim Ebrahim, who opened the conference.

The book is edited by AMEC’s executive director Na’eem Jeenah. His introductory and concluding chapters (the latter co-authored with educationist Salim Vally) do not merely summarise the collection, but present clear and concise arguments which deepen and entrench the statehood debate.

The book brings together a range of viewpoints, from Israeli revisionist historian Avi Shlaim to Islamist Azzam Tamimi who proposes a hudna (peace pact) between Palestinians and Israelis whilst a final solution is being worked out.

Unpacking both Jewish and Palestinian nationalisms, the nation-state and ethnic nationalism, this fascinating collection offers new insights into one of the world’s most intractable conflicts. It will appeal not only to scholars and teachers, but to anyone interested in the history, politics, anthropology and legal standing of Palestine-Israel.

The book can be ordered from AMEC and costs R280. Email your order to: This email address is being protected from spambots. You need JavaScript enabled to view it.

Click here to download an extract from the book which includes the Table of Contents, Foreword, Preface and Introduction. 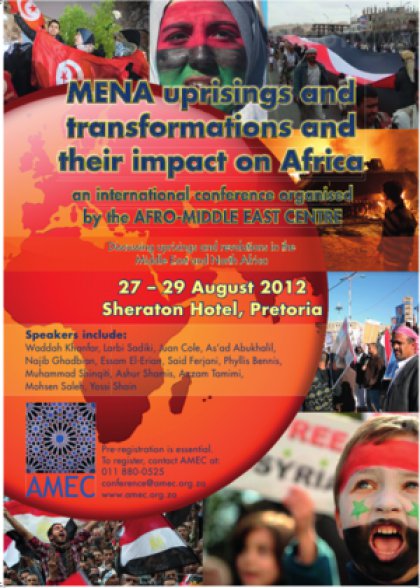 AMEC conference on the MENA uprisings

AMEC's international conference scheduled for 27 to 29 August promises insightful discussion, vigorous debate and close interrogation of issues as around twenty foreign and South African speakers come together to deliberate on the uprisings in the Middle East and North Africa, possible futures for the region and the impact of all of this on the African continent.

Academics, politicians and analysts will deliberate and discuss critical issues facing the region and look towards scenarios that could unfold, examining the possibilities for the emergence of real democracy. There will also be discussion on whether the South African experience of transition might be useful for countries in the MENA region.

Preparations are in full-swing at the Afro-Middle East Centre for the conference to take place in Pretoria, South Africa's capital city.

Attendance to the conference is strictly by pre-registration. Those interested may register online or email conference at amec.org.za (replacing 'at' with @).

Speakers who have already confirmed their attendance include:

Juan Cole - professor of history at the University of Michigan and a prolific writer on issues concerning the Muslim world;

Najib Ghadbian - professor of political science and Middle East studies at the University of Arkansas and member of the Syrian National Council; 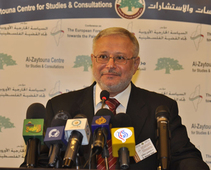 Mohsen Saleh - executive director of the Al-Zaytouna Centre for Studies and Consultations based in Beirut;

Phyllis Bennis - director of the New Internationalism Project at the Institute for Policy Studies, author, analyst and activist on Middle East and UN issues for many years;

professor of international relations and history at Boston University. He has written numerous articles, book reviews and translations and specialises in Middle Eastern politics, cultural history, Shiism and international law;

Garth le Pere – senior partner for Research and Development at DAJO Associates and professor of political science at the University of Pretoria;

John Daniel - academic coordinator for SIT Exchange. From 1997 to 1999 he was a senior researcher with the Truth and Reconciliation Commission (TRC);

Yahia Zoubir - professor of international relations and international management and director of research in geopolitics at Euromed Management, Marseille School of Management;

Yasmin Sooka - executive director of the EU-funded Foundation for Human Rights in Johannesburg and former commissioner of the Truth and Reconciliation Commission (TRC).

Dr Shamil Jeppie – associate professor in the Department of Historical Studies at the University of Cape Town, and is currently based in its Institute for Humanities in Africa (HUMA). He is also Director of the 'Tombouctou Manuscript Project';

Dr Taha Ozhan - Director general of the Foundation for the Political, Economic, and Social Research (SETA).

Essop Pahad - Editor of The Thinker. Former minister in the Presidency of South Africa.

Mohammad Marandi - Dr Seyed Mohammad Marandi is associate professor in the faculty of world studies at the University of Yehran and chairs the university's department of north American studies.

The conference will discuss the uprisings across the MENA region since the end of 2010, explore possible futures for the various countries in the region and examine the impact of the uprisings on the African continent.

Attendance at the conference will be strictly by pre-registration only. To register,click here or email conference at amec.org.za (replacing at with @).

Conference OpeningSession: Heralding the dawn of a new era

The question and the struggle: Comparisons across regions and time – Shamil Jeppie

Not out of the blue: A historical appraisal of resistance and people’s movements in MENA and possibilities for the emergence of indigenous democratic models – Larbi Sadiki

In revolt: uprisings that will reshape the region and the world – Juan Cole

Where is Syria headed? – Najib Ghadbian

Will the Bahrain uprising reach a conclusion? – Maryam al-Khawaja

Who will be the new regional hegemons – Taha Ozhan, Gholamreza Khaji

Can the Palestinian-Israeli issue remain unchanged after the uprisings? – Mohsen Saleh, Yossi Shain

Arab monarchies: Is the charge of ‘counter-revolutionary’ valid?

The uprisings within a broader Islamist re-awakening – Ahmad Abd Rabouh

11:00   Post-revolt North Africa and its role on the African continent

Algeria: the odd one out – Yahia Zoubir

Do the uprisings offer the possibility of greater Arab-African cooperation? – Salah Eddin Elzein

After Gaddafi and Mubarak: A new North African role in the AU – Francis Ikome

14:00   Experiences from the South African transition

Challenges of transforming from liberation movement to government - Essop Pahad

Economic transition: balancing the markets with the needs of the poor – Mzukizi Qobo 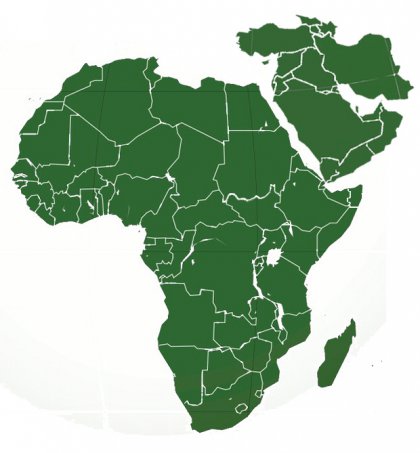