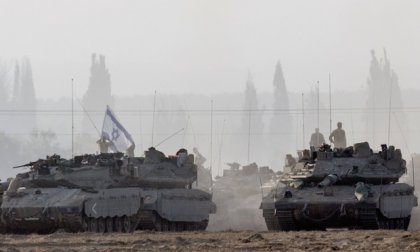 Escalation of Israeli onslaught on Gaza, and no ceasefire in sight

A few days ago, many people around the world believed there was some hope for a halt to the loss of Palestinian lives in Gaza when Egypt announced a plan for a ceasefire. Many were then surprised that Hamas and other resistance groups in Gaza ‘rejected’ the ceasefire and chose, instead to continue fighting. The Palestinian groups believe they have good reason for doing so. Yesterday began with more talk of a ceasefire, but ended, last night in an Israeli ground invasion into Gaza.