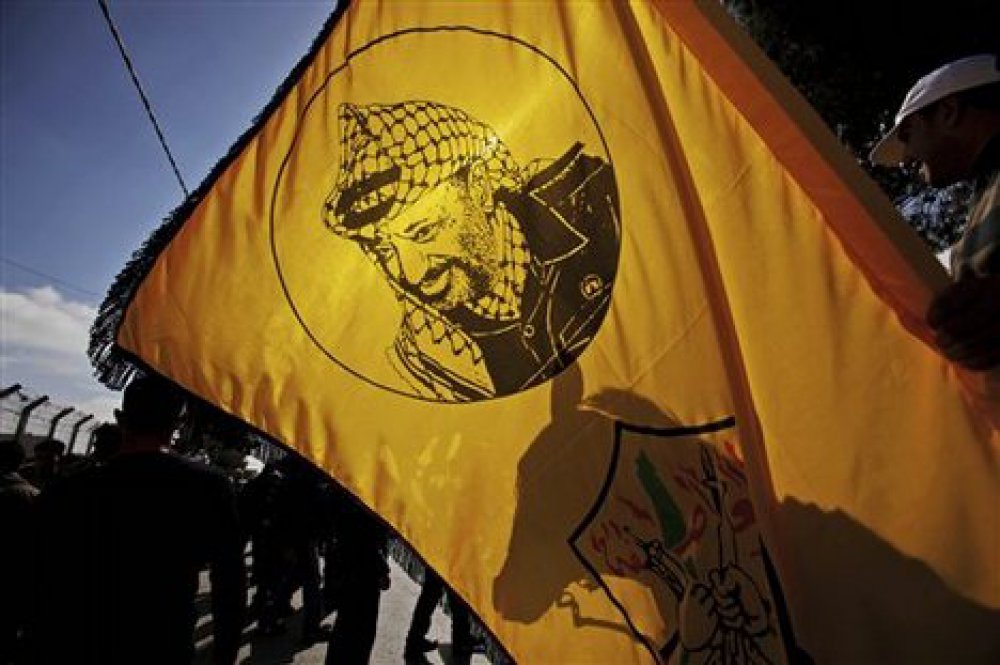 "From the death of its historic leader, Yasser Arafat, to the electoral debacle in 2006 and Hamas's takeover of Gaza in 2007, Fatah has gone from crisis to crisis", says Robert Blecher, Crisis Group's Arab-Israeli Senior Analyst. "Yet Fatah's difficulties do not make it expendable; they make it an organisation in urgent need of redress".

Since 1994, Fatah has been caught between pursuing national liberation via traditional methods of resistance on the one hand, and governing and statebuilding through the Palestinian Authority (PA) on the other. This balancing act ultimately proved unsustainable. At the same time, leaders lost touch with the rank-and-file and allowed institutions to wither. They failed to respond to or learn from a long list of setbacks, including the second intifada and the subsequent devastation of the PA and the rise of Hamas to power in Gaza in 2007.

Fatah's General Conference, which took place in August, was an important step forward in renewing the movement's leadership, conferring legitimacy on its institutions and laying the groundwork for further reforms. However, the challenges facing the movement will likely only heighten over the coming months: Israeli-Palestinian negotiations are at an impasse, inter-Palestinian reconciliation talks at a standstill, U.S. diplomacy adrift. Regardless of whether the January elections go ahead and whether Abbas fulfils his threat not to run, Fatah needs to ask hard questions about its agenda, modes of action and political alliances.

Fatah must decide whether to develop a strategy of non-violent, mass resistance which avoids the pitfalls of armed struggle but still provides an alternative if negotiations for a two-state solution fail. It also needs to decide how it will relate to the PA and specifically whether to reassert control over the government or disengage from it. Finally, the movement must assess under what conditions it will pursue unity with Hamas, how it will do so, and what price it is willing to pay.

"Outside actors, the U.S. and Israel among them, might not like all the answers a reformed Fatah ultimately provides", says Robert Malley, Crisis Group's Middle East Program Director. "But they would be better than no answers at all."

See below for the Executive Summary of Palestine: Salvaging Fatah.

You can also view the Full Report (pdf).

Why should anyone care about Fatah's fate? The 50-year-old movement, once the beating heart of Palestinian nationalism, is past its prime, its capacity to mobilise withered. Racked by internal divisions, it lost the latest and only truly competitive election in Palestinian Authority (PA) history. It promised to fight for liberation, achieve independence by negotiation and effectively manage daily lives through the PA yet achieved none of this. Those yearning for resistance can turn to Hamas or Islamic Jihad; the address for diplomacy is the PLO; governance depends on Prime Minister Fayyad in the West Bank, the Islamists in Gaza. President Abbas' threat not to run in upcoming presidential elections is the latest sign of a movement and project adrift. Yet Fatah's difficulties do not make it expendable; they make it an organisation in urgent need of redress. A strong national movement is needed whether negotiations succeed and an agreement must be promoted, or they fail and an alternative project must be devised. Fatah's August General Conference – its first in twenty years – was a first step. Now comes the hard part: to define the movement's agenda, how it plans to carry it out, and with whom.

Fatah's problems by no means are entirely of its own doing. They are an outgrowth of the singular Palestinian experience: still under occupation yet already in the process of state-building; clinging to the notion of armed struggle even as it embarked on negotiations. The nationalist movement first benefited from this condition: as the dominant faction in the PLO and the core of the PA when it was established in the mid-1990s, it controlled the diplomatic agenda, ran the government and, largely through its charismatic founder, Yasser Arafat, retained the mantle of resistance. The balancing act soon became unsustainable. Governance afforded an opportunity to dispense patronage, but its corollary, corruption, earned the movement public scorn. Fatah was saddled with a moribund peace process. In 2004, it mourned the loss of its leader.

But if Fatah did not create its own predicament, it has been remarkably uninspired in seeking to overcome it. The movement allowed its institutions to wither and rank-and-file militants to drift, as its elite sought perks and privileges of government positions. It sought hegemony over the PA even as it paid lip service to pluralism. It did not bring its political agenda up to date or adapt it to a shifting environment. It resisted renewal of its leadership, marginalising generations of activists and depriving the movement of necessary lifeblood. Worst of all, it failed to respond to or learn from a long list of devastating setbacks: the second intifada and the ensuing devastation of the PA; Hamas's electoral victories, beginning with municipal elections in 2004 and 2005 and culminating with the parliamentary elections of 2006; the Islamists' takeover of Gaza in 2007; and the bankruptcy of the peace process.

Fatah's General Conference, which took place in Bethlehem, signalled awareness that something dramatic had to be done. In many ways – beginning with the fact that it was held at all – it exceeded expectations. In the conference run-up, the movement organised an unprecedented number of regional elections to designate participants, renewing leadership at many levels; at the conference itself, governing bodies – the Central and Revolutionary Council committees – long dormant, were reactivated. The vast majority of successful candidates are new to official leadership; unlike their predecessors, they grew up in the occupied territories, giving them greater familiarity with those among whom they live. Abbas emerged with new legitimacy, finally stepping out from his predecessor's shadow. There were glitches, some significant. A large majority of conference delegates ultimately were not elected but appointed by fiat. Heavy-handed control of the conference amid widespread accusations of electoral fraud left some feeling that they had been manipulated, assigned bit parts in a piece of political theatre that was decided elsewhere. Still, many saw this as an important stage in revitalising the movement's internal organisation and presence on the ground.

If Fatah moved toward internal reform in Bethlehem, it fell short when it came to its other major challenge: to clarify its political purpose and project as well as relations with the PA, President Abbas and Hamas. Speaking to Fatah members, high and low, is instructive, not so much for what they say as for what they do not: despite a 31-page political program, few can clearly explain let alone agree on what the movement stands for; how it ought to react if the peace process remains paralysed; whether it can or should engage in non-violent, mass protest; how to deal with Hamas or how to reunite Gaza with the West Bank.

The challenges facing Fatah will likely only heighten in coming months. The last few weeks provided a stark illustration in the form of two successive political mishaps that damaged Abbas's – and by extension, albeit indirectly, Fatah's – credibility: the Palestinian president's decision to attend a trilateral meeting with Israeli Prime Minister Benjamin Netanyahu and U.S. President Obama despite the absence of an Israeli settlement freeze; and, far more injurious, his decision to postpone consideration of Justice Richard Goldstone's report on the December-January 2009 Gaza war at the UN Human Rights Council.

The future will not be more kind: Israeli-Palestinian talks appear at a standstill, U.S. diplomacy at the mercy of events, rather than in control of them; inter-Palestinian talks are at an impasse; a competent, independent and politically savvy prime minister is becoming stronger at the PA's helm; and Abbas has ordered presidential and parliamentary elections for January 2010 which, if held, will defy Hamas and put him at odds with many within Fatah itself who fear West Bank-only balloting will further entrench the geographic and political divide. The Palestinian president's announcement that he would not run further clouds the picture: assuming elections occur and assuming Abbas sticks to his vow, the movement would confront a tumultuous transition for which it is wholly unprepared. All these matters will require Fatah to take a stance and take action.

The U.S. and, with it, much of the international community, pressed Fatah hard to hold its conference, arguing that change was indispensable to ensure its future success. Their diagnosis was right, yet the prescription was incomplete. Reforming Fatah's leadership and its sclerotic institutions is a must, and the process should continue. But for a movement that has lost its project and purpose, something more is required. It will need to ask itself hard questions about its agenda, modes of action and political alliances. These include in particular:

A leadership equipped with a clearer vision, more democratic and more attuned to popular sentiment, could limit negotiators' flexibility and capacity for concessions. It also would be more credible, legitimate and capable of carrying its constituency. Outside actors, the U.S. and Israel among them, might not like all the answers Fatah ultimately provides. But they would be better than no answers at all.

Last modified on Wednesday, 18 February 2015 13:19
Tweet
More in this category: ‘Businessmen posing as revolutionaries’: General Dayton and the ‘new Palestinian breed’ »
back to top