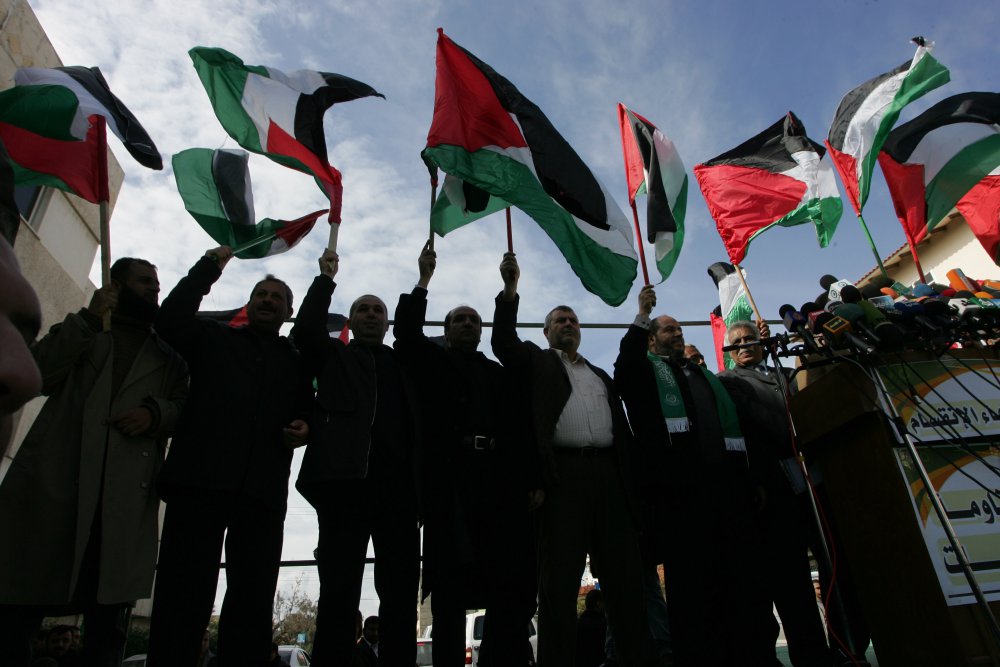 The Israeli government has always opposed an independent and sovereign Palestinian state. For Israel, the prospect of a unity government between Fatah and Hamas, which has public backing from the EU, moral support from the Arab world, and political acceptance from the USA, poses a huge threat. The agreement between Fatah and Hamas, fragile though it is, has the potential to shift the status quo towards a settlement favouring Palestinian statehood. A unity government would imply the inclusion of Hamas under the PLO umbrella, thus politically unifying all parties representing the Palestinian people.

In this context, Israel’s policies of occupation and expansion in the West Bank would be impossible to implement. Moreover, with Islamic militancy growing in the region, a West Bank government that includes Hamas would be seen as doubly threatening by Israel. It was therefore strategically necessary for Israel to crack down on Hamas before a unity government was formed. Operation Brother’s Keeper allowed Israel to deal a military blow to Hamas while the movement is being strangled by Egypt’s new border policy, the closure of its offices in Syria, and by the limited support it now received from Iran and Hizbullah.

The Palestinian Authority’s response to the operation has been controversial. President Mahmoud Abbas publicly condemned the kidnappings saying, ‘The kidnapped are human beings like us.’ He added, however, ‘It is in our interest to have security co-ordination with Israel because that will help protect us. I say it frankly, we will never have another intifada – that will destroy us.’ Abbas explained that the Palestinian Authority was ‘working with [Israel] to find [the settler youth]’.

Meanwhile, Israeli prime minister, Binyamin Netanyahu, has tried to use the disappearances to corner Abbas into breaking with Hamas. He acknowledged that Abbas’s statements were ‘good’ and implied that Abbas would be ‘put to [the] test in practice. His remarks will be tested not only by actions to return the boys home but by his willingness to dissolve the unity government with Hamas, which abducted the youths and calls for the destruction of Israel.’

Following Abbas’s statements, Palestinian Authority (PA) forces began assisting Israel with the manhunt. This infuriated the Palestinian public. On 22 June, following the Israeli seizure of Ramallah, protestors attacked the PA police headquarters enraged at the co-operation between the PA and the Israeli Defence Force. This escalated when militants kidnapped a Palestinian police officer. (He was later released). Armed clashes were also reported between the PA and the Al-Aqsa Martyrs' Brigades, a Fatah-linked organisation, in Jenin. In demonstrations held across the West Bank, protesters mourned the deaths of five Palestinian youth killed by Israel’s operation, and demanded that Abbas step down, branding him a ‘traitor’ who did ‘not represent the Palestinian people’. Demonstrators were particularly angry at Abbas for ignoring Palestinian prisoners on hunger strike while emphasising the humanity of the missing settlers.

To date, rather than finding the missing youth in its late-night raids, Israel has ransacked homes, offices of civil society organisations, universities, and media outlets ­– destroying people’s possessions in reprisal. Restrictions on Palestinians have become more extreme with the imposition of lock downs, extensive checkpoint closures, and citywide curfews. With the hundreds of Palestinians abducted, and five killed, these military actions constitute collective punishment on the civilian population, which is illegal under international law. And, under the pretext of looking for three missing teenagers, Israel struck a blow, not yet fatal, against any future unity government.

Last modified on Wednesday, 18 February 2015 13:21
Tweet
More in this category: Israeli foreign minister Lieberman readies for an African safari »
back to top