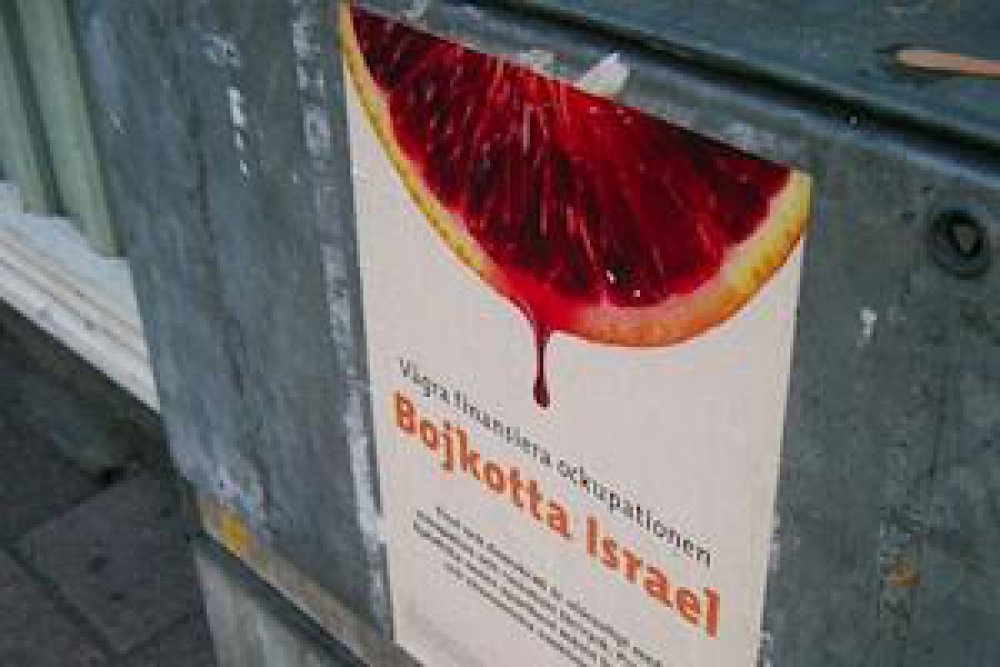 In a move that affirms the South African government’s stance on the illegality of Israel’s occupation of the West Bank and East Jerusalem, and de facto occupation of the Gaza strip, the Department of Trade and Industry (DTI) earlier this month gazetted a notice that ordinances the specification of the origin of Israeli settlement goods. In what appears to be growing acknowledgement of the untenable inaction by the international community around Israel’s occupation, this is a similar move to that taken by the UK and Denmark.

It is further in accordance with South Africa’s Consumer Protection Act, where goods originating from occupied Palestinian territories, previously labelled ‘made in/product of Israel’, will now have to be relabelled as ‘West Bank: Israeli goods’, ‘East Jerusalem: Israeli goods’ and ‘Gaza: Israeli goods’.

Even though this is a significant bilateral step in attempts to hold Israel to account for its ongoing occupation of Palestinian lands, what it fails to acknowledge is that the settlement economy is not a separate economy, and is an inextricable part of the Israeli. As the situation stands, with a single economy – that benefits Jewish Israelis – it will not be difficult for Israel to find ways to bypass regulations such as those instituted by South Africa.

In fact, this labelling move and the tussling over wording that ensued between the two lobby groups alludes to something far more complex: where does the Israeli economy, according to the 1967 armistice lines, begin and where does it end? When we consider that Israel has occupied the West Bank and Gaza Strip for forty-six years with well over half a million Israelis settled illegally in Palestinian territories, this is far from a temporary situation. On the ground Israel is enacting and cementing a one state reality, with the Israeli economy inextricably enmeshed with the settlement economy and Israel’s interests in the occupied territories. Not only are the settlements connected to Israel’s critical infrastructure, including its security apparatus, but a product produced, for example, in an illegal settlement in the West Bank can often simply be the final site for production.

What is curious about the new requirement is the labelling allowance for Israeli goods originating in the Gaza strip, particularly considering Israel’s unilateral disengagement from Gaza in 2005.  Despite the label being superfluous – Israel no longer has settlements in the Gaza strip – what it does, intentionally or unintentionally, is point to the fact, that like the Palestinian economy in the West Bank, Israel still wields control over the Gazan economy. When the Palestinian Authority (PA) successfully upgraded their UN status to observer member state last November, in a punitive act, Israel froze tax revenues owing to the PA nearly crippling the Authority. And in recent weeks, as collective punishment to rockets fired across the Gazan border, Israel closed off the Kerem Shalom border crossing forcing Gazan farmers, already burdened by a crippling siege, to burn three tonnes of herbs destined for the European market.

The labelling notice comes after months of lobbying and counter lobbying, and suggestions of intensive behind-the-scenes machinations, that has seen the gazetted labels much watered down from recommendations pushed for by pro-Palestinian advocacy groups who were proposing ‘product of illegal Israeli Settlement’ or ‘product of the occupied Palestinian territories’. The latter, however, would have potentially been problematic as it would not differentiate from illegal Israeli settlement products and goods produced by Palestinians. Rather, in a move hailed as a victory by the South African Zionist Federation (SAZF) and South African Jewish Board of Deputies (SAJBD), the South African government adopted wording devoid of any explicit indication of the illegal nature of products – and wording that had been advocated by the Pro-Israel groups.

In spite of what the SAZF and SAJBD hailed as ‘an amazing outcome’ the adoption of the labelling implicates South Africa in acknowledging the illegal source of these products. This now paves the way for Palestine advocacy groups to lobby the South African government to ban the import of these products. In a statement welcoming this initiative pro-Palestinian group Open Shuhada Street said: ‘Now that the South African government has acknowledged that these products are not made on Israeli territory because the settlements are illegal, we call on the government to meet its international legal obligations and ban trade with the settlements’. As a signatory of the Geneva Conventions Act, and the Rome Statute, which Israel’s occupation violates, South Africa can now potentially ban goods emanating from these territories.

Further undermining the ‘amazing outcome’ has been Israel’s scathing response. Suggestive of growing Israeli concern around an increase in such actions, not only did Israel condemn the South African government’s position, but it further criticised the lobby groups in South Africa that had been advocating on its behalf, with spokesperson for the Israeli Foreign Ministry Yigal Palmor commenting, ‘labelling as such is discriminatory, no matter in which way it is done, and there is no cause for rejoicing in the face of clear discrimination.’

Regardless of the new labelling requirements, as facts on the ground attest, all products of Israel, regardless of their site of production, are implicated in the maintenance of an illegal occupation.

Last modified on Wednesday, 18 February 2015 13:47
Tweet
More in this category: A critical reading of the experience of the Palestinian Liberation Organisation »
back to top