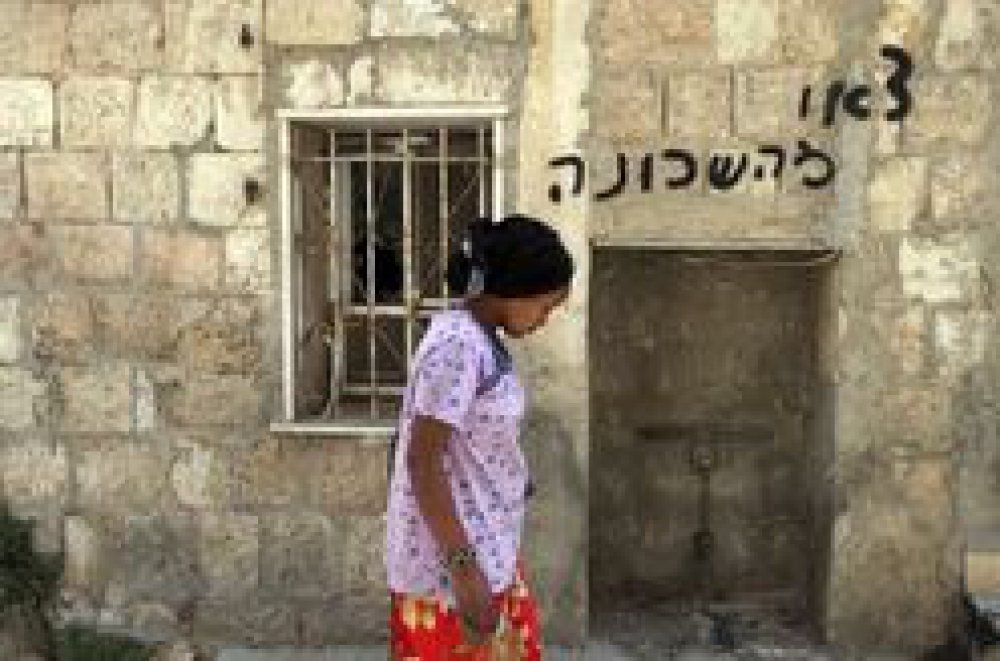 Israeli Knesset member Danny Danon of the ruling Likud Party, who is chairperson of a xenophobic organisation called Deportation Now, recently spoke at a rally inciting the xenophobic riots in Tel Aviv. He said of foreigners, mainly African migrants and refugees: 'The infiltrators are a national plague and we must deport them immediately before it's too late. The Sudanese can go back to Sudan and the rest should be deported to other countries in Africa and eastern Europe.'

I was reminded of a support group for African asylum-seekers and foreign workers that I had attended a few months ago in Tel Aviv. Hearing I was South African, two women came to me after the meeting. Both were South Africans with children born in Israel. One of the women, originally from Soweto, had been living and working in Israel for thirteen years doing the sort of work most Israelis refuse to. She proudly informed me that her ten-year-old son, who speaks Hebrew fluently and regards Israel as his home, would one day serve in the Israeli army. I did not have the heart to point out that the country in whose military she wanted her son to serve was attempting to deny citizenship to children like her son, despite their right to such citizenship under international law. I was also surprised that someone with second-class status in Israel would want her son to enlist in an army that maintains an inhumane siege and a brutal military occupation.

Despite being rendered invisible in most readings of Israeli society, the xenophobic and racist violence and discrimination, that first flared up in Tel Aviv on 23 May and has since spread to other cities, confirmed that African asylum-seekers and foreign workers are very much part of Israel's deeply fissured and complex social fabric. Although the attacks ostensibly targeted Eritrean and Sudanese asylum seekers, xenophobia and racism do not make such fine distinctions, as South Africans know painfully well. Any non-Jewish Black African in the wrong place would feel the anger of a society that has neglected its own impoverished communities: Ethiopian, Russian and Mizrahi Jews, as well as Palestinians, Bedouins and Druze who, not being Jewish, are denied numerous rights and are often excluded from discussions on citizenship. In one incident a mob beat up a Jewish man of Ethiopian descent who they mistook for a non-Jewish African. Condemning the racist attacks, Michal Avera Samuel, director of FIDEL – Association for Education and Social Integration of Ethiopian Jews – commented, 'I know many young Ethiopian Jews who are now too scared to go to places where there are African migrants because they don't want to be mistaken for them.'

The government's neglect and neo-liberal policies – the latter ignited last year's middle-class led protests – have hit these communities hard. Yet, the foundation for these riots was laid by an obsessive attempt to maintain the state's Jewish character in a country where democratic spaces are increasingly being attacked. Poverty fuelled by ethnocentric nationalism is a dangerous combination, and becomes particularly potent when legislated.

The eruption of frustration and hatred has shamed – and horrified – many Israelis. Journalist Yuval Ben-Ami, for example, commented: 'To many of us, the broken windows, looting and attacks on African passers-by carried a clear memory of atrocities committed against Jews in Europe, and the internet was overflowing with references to pogroms and to Kristallnacht.' (Kristallnacht, also known as the Night of Broken Glass, refers to co-ordinated attacks against Jewish-owned shops and synagogues throughout Germany – and parts of Austria - in November 1938). In a country that has gone so far as to legislate discrimination, the links between the treatment of its own Palestinian citizens and the xenophobic attacks are stark. Palestinian citizens of Israel, despite being heralded as proof of Israel's being a democracy, contend with about forty discriminatory laws. A classic case is the attempt to enforce a loyalty oath that will force its citizens to swear allegiance to a 'Jewish democratic state'. The irony of forcing people to swear loyalty to a democracy and the undemocratic exclusionary nature of the oath has been lost on many Israelis. As some Palestinians argue, without their presence Israel would probably not deem it necessary to define itself as Jewish.

The biggest crime of the African community, like the Palestinians, is simply that they are not Jewish. Stoking the embers of racism, the riots erupted only days after Israel's Prime Minister Binyamin Netanyahu told Cabinet, 'Illegal infiltrators ... are threatening the fabric of Israeli society, its national security and its national identity.' The word 'infiltrators' was first used against Palestinian refugees in 1954 to incite fear and further legitimise their expulsion.

Many asylum seekers have had horrific experiences in Egypt and are scarred – both physically and emotionally - from the brutal and traumatic experience of being smuggled into Israel. These experiences often involve unimaginable cruelty, mutilation and rape, and the asylum seekers see in Israel a place of refuge and hope. International law obliges Israel to offer asylum and attendant rights to those who can claim refugee status. Yet the recently redrafted Prevention of Infiltration Bill, that became law on 3 June 2012, stipulates lengthy prison terms, without trial, for refugees. The original bill of 1954 criminalised Palestinians attempting to return to their homes. It has now been expanded to target all non-Jews entering Israel illegally through Egypt.

Among the targets of the violence were African workers, who form part of the many foreign workers 'imported' into Israel after the Oslo accords in an attempt to further sever Palestinian linkages to the land and end Israel's dependence on Palestinian workers from the occupied territories. The assumption was that the foreign workers would eventually return home, leaving Israel as Jewish as it could be. However, many workers remained in Israel, brought their families and had children in Israel. There are currently 200 000 to 300 000 foreign workers in Israel, a significant number in a population of less than eight million. Their continued presence and non-Jewishness is not good, as Netanyahu so succinctly put it, for Israel's 'national identity'. He was obviously thinking of a 'democratic' national identity that wants to rid itself of 'infiltrators' based on their not being Jewish and to point out, in the words of Interior Minister Eli Yishai, 'that Israel belongs to us, to the white man'.