Israel and Palestine: What lies ahead? 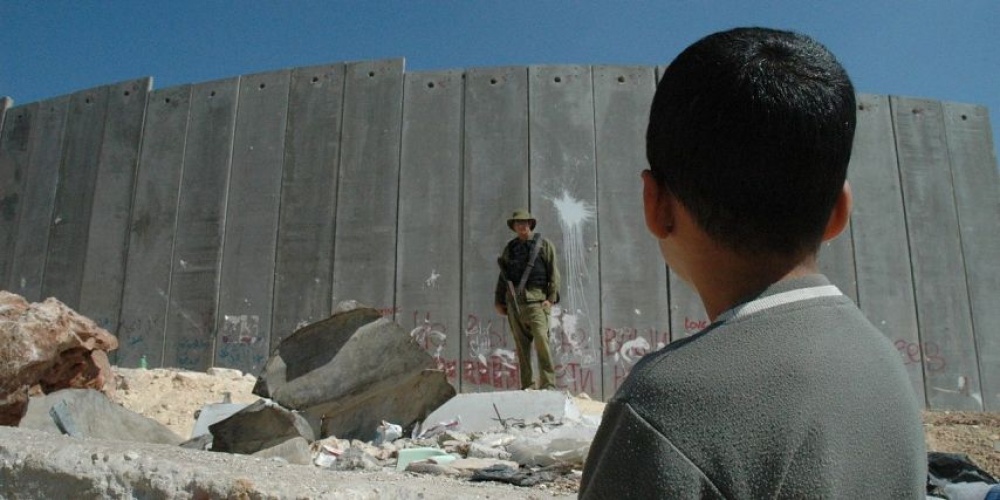 AMEC's executive director, Na'eem Jeenah, spoke as part of a panel organised by SISO (Save Israel, Stop the Occupation) and Liliesleaf Farm on 5 February 2018 at Liliesleaf. The other panelists were Alon Liel, former Israeli ambassador to South Africa, and Benjamin Pogrund former South African journalist now living in Israel. The three speakers addressed the topic 'Israel and Palestine: What lies ahead?'

The reality as it is today is that we do not have two states called Israel and Palestine, and we will not have two states. There is no Palestinian state today, even if certain sections of the official Palestinian leadership would like to convince us and themselves that there is. All we have is a bantustan that is given certain limited trappings of a state – much like Bophuthatswana or Venda were given in South Africa under apartheid. Indeed, the Palestinian ‘state’ that exists today has fewer powers than the South African bantustans did in the 1970s and 1980s; has less authority; less independence; less sovereignty; and cannot rely on the state that spawned it (as South African banstustans could) to support it financially.

If we want to talk about a future that will see an Israeli state and a Palestinian state existing side-by-side, then, at the very minimum, the Palestinian state in that configuration should be one in which all Israeli settlements have been dismantled; whose capital is in Jerusalem; whose borders are on the 1967 lines; which has full control over its borders; and that exercises full sovereignty on all of its territory – including the airspace above it and the water, gas and other resources below it. And, such a solution would require the exercise of the right of return of all Palestinian refugees to their homes – wherever in either of the two states those homes were. None of this is a fanciful demand of the Palestinians; all of these are guaranteed and required by international law.

But this is no longer a plausible future reality – if it ever was. Israel has ensured that such a solution cannot come to pass. Israel and its successive governments have ensured that there can be no possibility of an independent, sovereign, viable Palestinian state alongside an Israeli state. This has been done systematically through the construction and expansion of the settlements and settlement infrastructure; the building of the so-called ‘separation wall’ which has stolen Palestinian land; and other geographical and social engineering undertaken by Israel. That is why no Israeli politician talks about two states any longer. This reality and the fact that Israel has a US administration that is willing to give it anything it wants means Israel no longer has to pretend it wants a two-state solution. And even a few years ago, when Israeli government officials would occasionally refer to a two-state solution, it was clear that they were not talking about two states, but about an Israeli state controlling a Palestinian bantustan. Netanyahu’s ‘vision’ of a Palestinian state was one in which that state would have no control over its borders, no control over its airspace, no sovereignty over the Jordan Valley where Israeli troops would permanently be stationed, no control over its security, no army, no police force except one that is under Israeli oversight, no possibility to establish a capital in Jerusalem or to have any claim to Jerusalem whatsoever… In short, Netanyahu articulated a ‘two-state solution’ where the Palestinian entity would be a bantustan and a permanent vassal of Israel.

Of course, all of this, we were told, was necessary in the interests of Israel’s security. Because, of course, Palestinians do not deserve any security; Palestinians do not need to be safe from a belligerent, racist state with one of the most powerful armies in the world that occupies their land; Palestinians have no right to defend themselves. Only Israeli security needs consideration.

Among Palestinians, there are only a few today who believe that a two-state solution is possible. In general, most Palestinians believe that Oslo is dead; and that the agreements and creatures of Oslo are irrelevant.

This event is hosted by SISO, and while I am not criticising the organisation, I ask whether the slogan ‘Save Israel, Stop the Occupation’ is a realistic one. I suppose the answer to that question depends, in part, on what is meant by ‘Israel’. What borders, what powers, what is the nature and character of the state, who are its citizens and its nation…

The real question, then, is not whether we will have one or two states in future. The real question is: what is the path from where we are now to the future one-state reality. The real question is whether that path will be one that is a (largely) non-violent, negotiated, carefully envisioned and re-envisioned one with minimal loss of life and minimal misery for Israeli Jews and for Palestinians (especially for Palestinians); or whether that path will be characterised by belligerence, massive violence, bloodshed, death and misery for all concerned (especially Palestinians).

With the current extreme imbalance in power between Palestinians and Israelis, the decision for which path should be taken lies largely in the hands of Israelis and Israel’s supporters around the world.

If Israel perpetuates its violence – as it seems intent on doing, remains intransigent, continues to use its military and security forces to attempt to suppress the Palestinian people and their legitimate aspirations and demands, then we will arrive at the same future, but through the second, more tortuous and bloody route. Palestinians, as they have proven to us over the past seven decades, will not be perpetual victims; they will fight back – even if the balance of force is hugely against them. As the quotes that we read scattered around Liliesleaf suggest, such resistance is built into the nature of human beings.

Let me end, then, by focusing your attention on two quotes I read here in the past hour, which should give Israel’s supporters in this room cause to pause and ponder.

At the entrance to this institution, museum and monument is a quote from an Umkhonto we Sizwe pamphlet issued soon after its founding. It says: ‘…the people's patience is not endless. The time comes in the life of any nation when there remain only two choices: submit or fight. That time has now come to South Africa.’ Although no quoted on the board at the entrance, the pamphlet continues: ‘We shall not submit and we have no choice but to hit back by all means within our power in defence of our people, our future and our freedom.’

And at the entrance to this hall is a quote by that former president of the African National Congress known for his emphasis on non-violence, Chief Albert Luthuli, who said, in response to the sentencing at the Rivonia Treason Trial: ‘… no one can blame brave just men for seeking justice by the use of violent methods; nor could they be blamed if they tried to create an organised force in order to ultimately establish peace and racial harmony.’

The choice and the decision, as I said, lies in the hands of Israelis and their supporters.

Last modified on Monday, 19 February 2018 09:05
Tweet
More in this category: Postponed: Unveiling of Trump's 'deal of the century' frozen as Israel heads to fresh polls »
back to top