Decades of US diplomacy has failed: Why the US wants to shut down PLO office 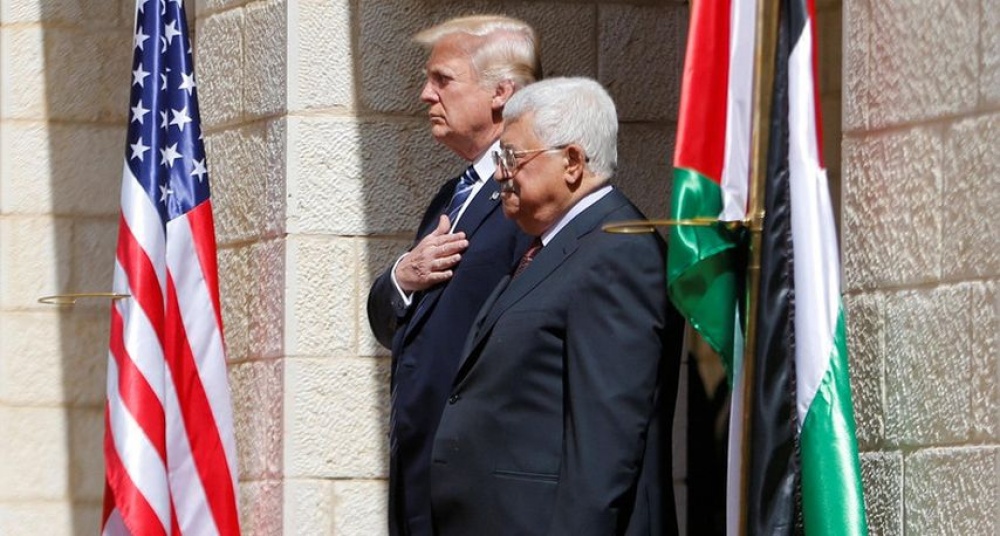 On 18 November, just days before the fiftieth anniversary of United Nations Resolution 242, the US State Department took its first step towards severing its ties with the Palestinian Liberation Organization (PLO).

The timing of this decision could not be any more profound.

The first formal contact between the US and the PLO occurred in mid-December, 1988, when US Ambassador to Tunisia, Robert H. Pelletreau Jr., picked up the phone to call the PLO headquarters in Tunis to schedule formal talks.

Palestinian PLO officials were 'elated' by the fact that the US made the first move, as reported by the New York Times.

This assertion, however, is quite misleading. For over a decade prior to that 'first move', PLO's chairman, Yasser Arafat, had to satisfy many US demands in exchange for this low-level political engagement.

The 'talks' in Tunisia were prolonged, before the PLO was ready to make its final concession in secret meetings in Oslo, Norway in 1993.

Eventually, a PLO office was opened in Washington DC. It served little purpose, aside from being an intermittent platform to arrange Washington-sponsored talks between Israeli and PLO officials. For Palestinians living in the US, it was almost invisible until the US announced its decision to possibly shut it down.

The American threat followed a United Nations speech last September by Mahmoud Abbas, the leader of the Palestinian Authority (PA) and Chairman of the PLO. From an Israeli-US perspective, Abbas committed a mortal sin for seeking the jurisdiction of the International Criminal Court (ICC) to take Israel to task regarding its human rights violations in Occupied Palestine.

By doing so, Abbas, not only violated a peculiar US law that forbids the PLO from seeking ICC help, but also an unspoken rule that allowed the US to engage the PLO in 1988, where the US served the rule of the political and legal frame of reference for the so-called ‘peace process.’ The UN took a backseat.

But even that unequal relationship proved too much for the US government, which is moving fully and unconditionally into the Israeli camp. The Trump Administration is now working to rewrite the nature of US involvement in the Middle East, and, especially, in the Israeli-Palestinian conflict.

Unfortunately, Trump’s team has no concrete strategy and no frame of reference, aiming to change 50-years of US foreign policy – unfair to Palestinians and Arabs – but has no alternative plan of its own.

Almost a year ago, Trump made a promise to Israel to be a more trustworthy ally than President Barack Obama, who gave Israel more money than any other US president in history. Obama, however, had violated a golden rule in the US-Israeli relationship: he did not veto a UN resolution that condemned the illegal settlements in the Occupied Palestinian territories.

Israel panicked at that unprecedented event, not because it feared that the UN Security Council would enforce its purportedly binding resolution, but because the US had, for once, refused to shield Israel from international censure.

Even before officially taking over the White House, the Trump team attempted to prevent UNSC Resolution 2334 from passing. It failed but, come January, it took over the Israeli-Palestinian file with a vengeance, threatening to cut off funds to Palestinians, blocking their efforts from expanding their international reach, and declaring its full and unconditional support for the rightwing government of Benjamin Netanyahu.

But there was more to Israeli alarm at Resolution 2334 than mere US betrayal. This Resolution - which asserted that Israeli settlements have no legal validity and constitute a flagrant violation of human rights – was partly predicated on, and clarified and added to, previous UNSC Resolution 242.

This means that 50 years of incessant Israeli attempts to absolve itself from any commitment to international law have failed miserably.

For Palestinians, and the larger Arab context, Resolution 242 marked their defeat in the war of 1967. Unsurprisingly, this Resolution has been cited in various agreements between Israel and the PLO, but only to give these agreements a veneer of international legitimacy.

However, the Oslo Accords of 1993 gave Israel the opportunity to use its leverage to bypass international law altogether: signing a peace agreement without ending its military occupation became the goal.

Against this backdrop, it is no wonder that Netanyahu was quite shocked to witness that a recommitment to Resolution 242 last year at the UNSC did not garner US opposition. Actually, the longstanding Resolution gained more substance and vigor.

The June 1967 war was Israel's greatest military victory, and Resolution 242 enshrined a whole new world order in the Middle East, in which the US and Israel reigned supreme. Although it called for withdrawal of Israeli military from Occupied Palestinian and Arab lands, it also paved the way for normalization between Israel and the Arabs. The Camp David Agreement between Egypt and Israel was a direct outcome of that Resolution.

This is why Resolution 2334 has alarmed Israel, for it invalidated all the physical changes that Israel has made in 50 years of illegal occupation of Palestinian lands.

The Resolution called for "two democratic States, Israel and Palestine, liv(ing) side by side in peace within secure and recognized borders".

Unlike Resolution 242, Resolution 2334 has left no room for clever misinterpretation: it references the pre-June 1967 lines in its annulment of the Israeli occupation and all the illegal settlements Israel has constructed since then.

The Resolution even cites the Fourth Geneva Convention, the UN Charter and the International Court of Justice’s advisory opinion of July 2004, which stated that Israel’s barrier in the West Bank was illegal and should be dismantled.

With international law, once more, taking center stage in a conflict which the US has long designated as if its personal business, Abbas was empowered enough to reach out to the ICC, thus raising the ire of Israel and its allies in the White House.

Even if the PLO’s office is permanently shut down, the decision should not just be seen as punishing Palestinians for seeking ICC support but, ultimately, as the culmination of disastrous US diplomacy, for which the Trump Administration has no clear alternative.

- Ramzy Baroud is a journalist, author and editor of Palestine Chronicle. His forthcoming book is ‘The Last Earth: A Palestinian Story’ (Pluto Press, London). Baroud has a Ph.D. in Palestine Studies from the University of Exeter and is a Non-Resident Scholar at Orfalea Center for Global and International Studies, University of California Santa Barbara. His website is www.ramzybaroud.net.