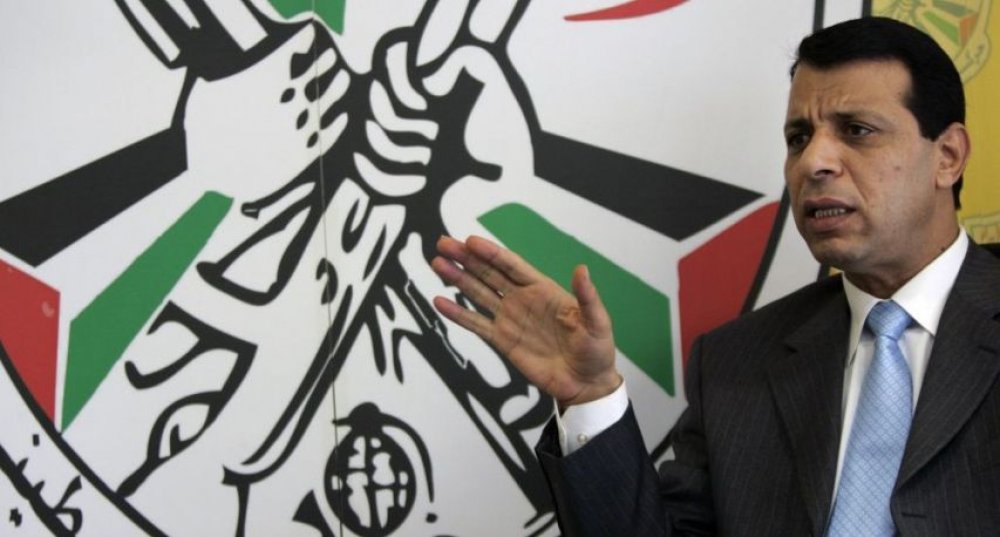 Judging by its size, the Gaza Strip may look too small to matter in the ongoing regional intrigues involving Israel, the United States, Turkey, Egypt and the Gulf Cooperation Council (GCC) countries. However, the 365 square kilometre coastal strip, which has been under Israeli-Egyptian siege for over ten years, outweighs its size many times over in the ongoing political gamble involving the region’s most powerful players. The many players that are involved are all motivated by sheer self-interest and self-preservation.

Israel has maintained the upper hand thus far, watching alliances emerge and others fold, manipulating the various variables as it sees fit, and ensuring that the outcome is always in its favour. But what exactly does Israel want? Shortly after Hamas won Palestinian elections in 2006, Israel imposed a siege on Gaza. The siege has remained in place since, and has grown to define the status quo. Dov Weisglass, a senior Israeli adviser to the then-prime minister, Ehud Olmert, aptly described Israel’s motives behind the siege ten years ago: ‘The idea is to put the Palestinians on a diet, but not to make them die of hunger.’ That single quote came to define the standard of cruelty with which Israel treats Palestinians. Yet, there is more to it than an expression of Israeli malice.

First, Weisglass’s near-starvation diet has been in effect ever since, with little done to remedy the suffering of Gazans. Second, with time, the Israeli siege also became an Egyptian blockade, thus making the most populous Arab country an accomplice to the Israeli plan to control Palestinians. Third, the Palestinian Authority (PA) in Ramallah learned not only to co-exist with the Israeli siege on Gaza, but also to benefit from it.

The West Bank-based authority is controlled by the Fatah Movement, credited with launching the Palestinian revolt decades ago. But times have changed. The movement, now dominated by an aging, quisling leader, Mahmoud Abbas, is experiencing a power struggle within its ranks, while fighting hard to keep its Hamas rivals weak, isolated and discredited.

Egypt’s share of and role in the siege cannot be underestimated. Since his ascent to power following a military coup against an elected government on 3 July 2013, General - now President - Abdel Fattah el-Sisi moved quickly to deepen the isolation of Gaza, and, by extension, Hamas. Sisi’s coup managed, decisively and violently, to overthrow a Muslim Brotherhood-dominated government in Cairo, but not its Palestinian affiliates in Gaza.

Hamas, widely seen as the Palestinian extension of the Brotherhood, still reigned supreme in the besieged Strip despite determined Israeli attempts at destroying it, and any semblance of resistance there. Three major onslaughts launched by Israel (in 2008-9, 2012 and 2014) killed thousands of Palestinians, including hundreds of Hamas fighters and leaders, but the political balance has remained firmly in Hamas’s hands.

With time, the Israeli siege became an Egyptian one, all with the tacit approval of the Palestinian leadership in the West Bank and with Arab approval. Some Arab Gulf governments, which wanted to ensure the complete demise of the Brotherhood, saw in Hamas’s survival a threat to their own existence. Now into its eleventh year, the siege has become a shared Israeli-Palestinian-Arab long-term investment. However, this is not a matter of politics or ideology only.

Following various popular uprisings in several Arab countries, Arab regimes with no democratic mandates moved quickly to suppress any dissent, no matter how seemingly harmless. Bloggers were dragged to jails; poets were imprisoned; peaceful activists were shot; and thousands disappeared in massive purges to ensure the failed uprisings do not resurface.

Meanwhile, Israel continued with its illegal land grab and Jewish colonial expansion, unhindered. With plans set in motion for ‘security coordination’ between Israel and the PA to crack down on dissenting Palestinians, the Israeli plan to annex most of the West Bank and all of East Jerusalem was developing without many obstacles. Except, of course, Gaza, which symbolised a kind of resistance that could not be eliminated – neither by starvation, incarceration nor firepower. Nearly, 5 000 Palestinians were killed in Gaza during Israel’s three major offensives in the past decade. Yet, although much of the Strip was destroyed as a result of Israel’s deadly wars, the spirit of the resistance there remained strong, and eventually, it rekindled the resistance of Palestinians in the West Bank as well. Further, despite every attempt at creating two different political entities in the West Bank and Gaza, Palestinians in both regions continued to be bonded by their resistance.

Israel, nonetheless, succeeded. While it could not defeat Gaza, it managed to turn the siege on Gaza into an Arab affair, too. The Arab region has been experiencing rapid changes in recent years, where three civil wars in Syria, Libya and Yemen and the spread of militancy and ‘terror’ has reached almost every Arab country. The political uncertainty in the USA wrought by the election of Donald Trump, however, has offered a rare opportunity to some embattled Arab regimes. Even prior to Trump’s unexpected election victory, the USA was in the process of redefining its rule in the Arab world, and a ‘pivot to Asia’ was already downgrading US leadership and influence in the region. Trump’s ascendency, however, has mixed the cards like never before. Washington, which had governed the Middle East through clearly defined doctrines, now seems to have no doctrine, only impulsive decisions made by a Twitter-obsessed president.

The American retreat offered the kind of political space that could be filled by those vying to control the region. With Israel remaining on top of the pyramid, an alliance involving Egypt, the United Arab Emirates and Saudi Arabia began moving into a clear formation to achieve dominance through destroying some foes, isolating others and out-manoeuvring the rest. According to this new ‘vision’, Hamas, which could not be defeated by sheer force, could be relegated into an ineffectual political entity through an alliance with Mohammed Dahlan.

Once upon a time, Dahlan was the strongman of Gaza, commandeering ten security branches, torturing resisters and controlling the Strip in a way that was both consistent with the interests of his Fatah party and also with Israeli diktat. A few months after it won the elections, Hamas reportedly pre-empted a coup by Dahlan, and, since then, controlled the Strip alone. That was when the Israeli siege became complete. Dahlan fled to the West Bank, and a later power struggle within Fatah led to his dismissal by Abbas, who also accused him of a coup attempt in 2011. In 2012, Dahlan settled permanently in the UAE. Following the Egyptian coup in 2013, Dahlan and Sisi found common ground: initially to defeat Hamas, and eventually to coopt Hamas.

As Arab countries began moving to fill the gap left by receding US foreign policy, the political machinations began intensifying in an unprecedented fashion. Abbas quickly lost favour with Cairo, and Dahlan became Fatah’s strongman, as far as Egypt was concerned. Abbas’s sin was his refusal to join forces with Dahlan, with the ultimate objective of defeating Hamas. Meanwhile, with Abbas and Hamas failing to achieve even a minimal form of unity, Abbas remains confined to the West Bank, desperately trying to find new channels to win political validation.

The ‘Dahlan plan’ then emerged. A leaked document, widely reported in Israeli and other media, purported to show that Dahlan and Hamas had been negotiating the return of the former strongman to Gaza, to head a government there in exchange for an Egyptian easing of the siege. According to the plan, Hamas would remain in control of Gaza’s interior ministry and would not disarm, but, in the words of Haaretz’s Zvi Bar’el, Israel, at least, ‘would have a partner in Gaza who supports reconciliation’.

Overwhelmed by the unexpected move, Abbas is now trying to make life even more difficult for Palestinians in the Strip, hoping to exert more pressure on Hamas to end its possible partnership with Dahlan. A few months ago, Abbas slashed salaries for thousands of employees, many of whom were loyal to Fatah, and to Dahlan, in particular. More recently, the PA refused to pay for much of the electricity that Gaza is supplied by Israel, leading the Israeli government to order yet more electricity cuts to the Strip. The suffering of Palestinians in Gaza is now compounded.

Unemployment in the Strip is already among the highest in the world, presently estimated at forty-four per cent. Those who are employed still struggle to survive, with eighty per cent of all Gazans said to be dependent on humanitarian assistance. In 2015, the UN warned that Gaza would be uninhabitable by 2020. A Red Cross report in May 2016 warned of another ‘looming crisis’ in the public health sector, due to the lack of electricity. The energy crisis has extended from electricity supplies to include even cooking gas. Following the most recent energy reduction which started on 11 June, Gazan households now receive two to three hours of electricity each day, and not even at fixed hours.

Magdalena Mughrabi, deputy regional director for the Middle East and North Africa at Amnesty International, sounded the alarm on 14 June when she warned that ‘the latest power cuts risk turning an already dire situation into a full-blown humanitarian catastrophe’.

To think that Palestinian leaders are involved in tightening or manipulating the siege to exact political concessions from one another is dismaying. While Israel is invested in maintaining the Palestinian rift, Palestinians are blinded by pitiful personal interests and worthless ‘control’ over occupied land. Between Israel’s dismissal of international calls to end the siege and the Palestinians’ pathetic power game, Palestinians in Gaza are isolated, unable to move freely, or to live even according to the lowest acceptable living standards. The suicide rate in the Strip is at all-time high, and despair is believed to be the main factor behind the alarming phenomena.

Failing to subdue Gaza, Israel has succeeded in spreading the burden of tormented Palestinians there by enlisting the support of Palestinian as well as Arab hands, each playing a role in a dirty game of politics that has no regard for human rights, life or dignity.

*Ramzy Baroud is an internationally-syndicated columnist, media consultant, author of several books, and the founder of ‘PalestineChronicle.com’. His books include Searching Jenin, The Second Palestinian Intifada, and, his latest, My Father Was a Freedom Fighter: Gaza’s Untold Story. His website is www.ramzybaroud.net.

Last modified on Tuesday, 08 August 2017 14:12
Tweet
More in this category: Decades of US diplomacy has failed: Why the US wants to shut down PLO office »
back to top