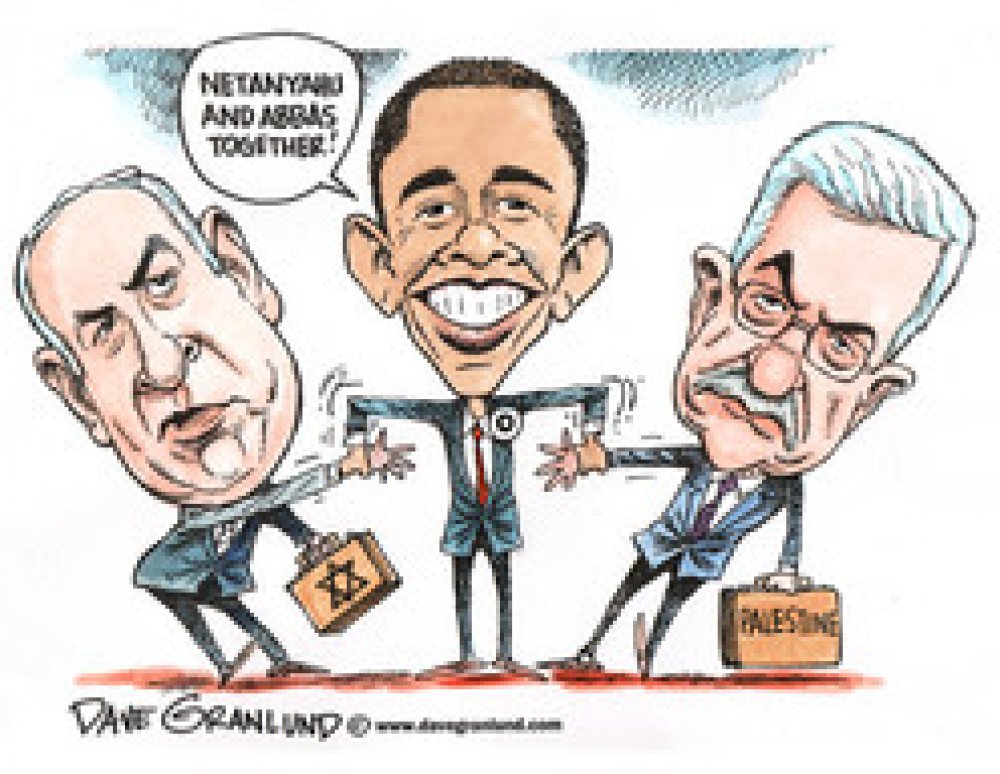 Palestinians feel the Oslo process left Israel to decide whether and when to end the occupation, says Senior Analyst Robert Blecher. They are looking for ways to increase their leverage in talks. To many observers the shock has been President Abbas's resistance to talks, a change for a leader who built his career around a negotiated two-state settlement. Despite U.S. pressure, he has demanded that Israel agree to a comprehensive settlement freeze and clear reference terms. Weakened, he has immediate motives for a hard line. But it would be wrong to see in his attitude mere personal frustration. Abbas is the restrained, belated expression of a more visceral popular disillusionment with the peace process as Palestinians have grown to know it. There is equal disillusionment with the U.S., a reflection not so much on the new administration as on historical experience with Washington.

The U.S. hopes to reverse this dynamic and show that its mediation still can succeed. Its immediate goal is to convene proximity talks, but over the horizon, it is considering when and how to present its own ideas for resolving the conflict. The atmosphere for such an initiative is inauspicious: Palestinians are divided, Israel has turned right, and an
important segment of its population distrusts the U.S., both sides are more sceptical of peace, Washington's Arab allies have lost authority and the region is more fragmented. U.S. credibility has taken a beating with Israel, the Palestinians, and the Arab states alike.

That argues not against presenting U.S. ideas but for doing so carefully, at the right moment. Before unveiling a proposal, the U.S. should take steps to maximise odds of success: repair strained relations with Israel without surrendering core principles; adopt a more flexible policy toward internal Palestinian reconciliation; and deepen engagement with Damascus and efforts to restart Syria-Israel negotiations so the peace proposed is truly comprehensive. It also should reach out to typically ignored constituencies whose reaction will be critical: Palestinian refugees, Israeli settlers and religious groups.

To say conditions are not ripe for a U.S. initiative does not mean waiting for them to ripen. It means taking deliberate, sustained steps to make them so, says Robert Malley, Middle East and North Africa Program Director. Putting out a U.S. vision should be neither the beginning nor end of the process, but the midpoint: the culmination of one energetic diplomatic effort, the launching pad of another.