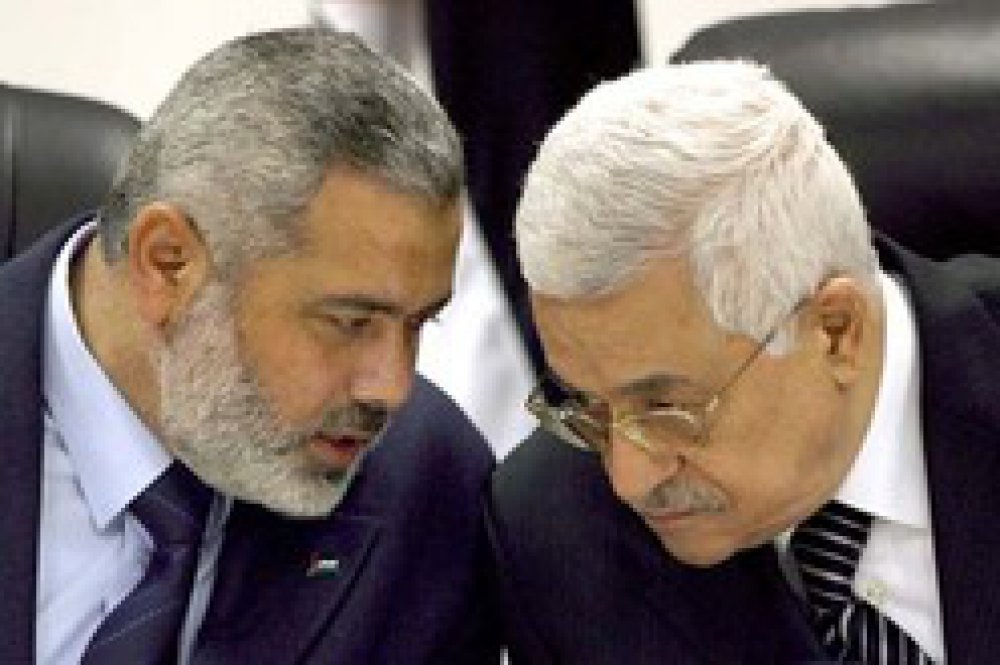 By Dr. Mohsen Saleh The Palestinian reconciliation agreement still lacks the necessary momentum to transform it into a practical programme that has the potential to be implemented on the ground. Sixth months have lapsed since the signing of the reconciliation agreement on 3 May 2011, yet no genuine initiatives have been presented for its implementation. This despite the fact that negotiations between Fatah and Hamas happened throughout most of 2009, and it took nearly eighteen months to respond to Hamas' objections. Although the 4 100-word draft agreement was thorough and detailed, it appears to lack any sign of life.
Tagged under
Read more 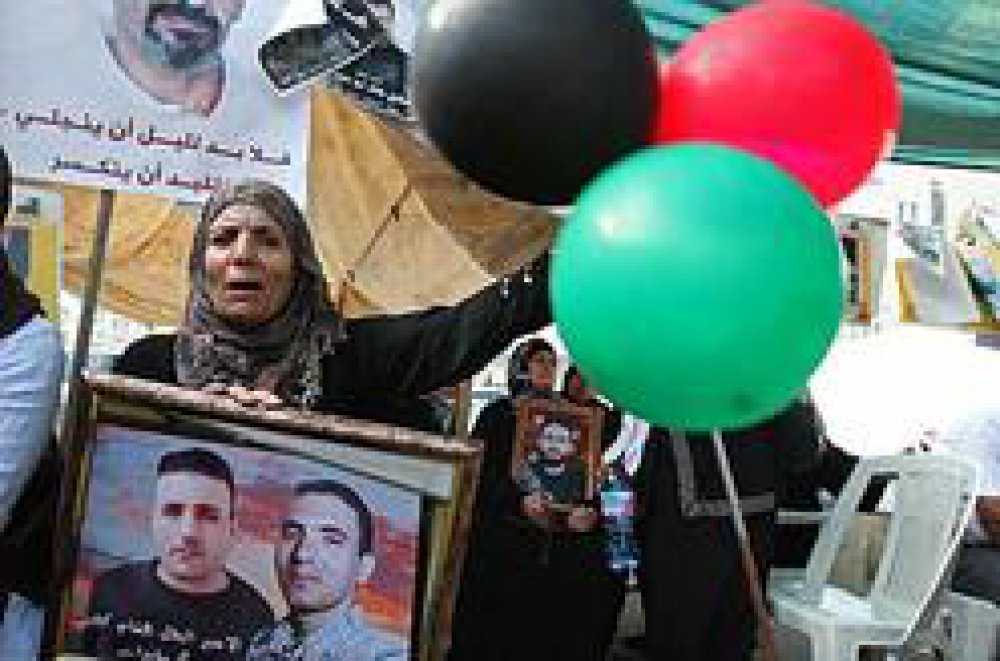 By Toufic Haddad If the prisoner exchange deal announced on 11 October 2011 between Hamas and the Israeli government is fully implemented without major hitches, there is little question who 'won' this five-year war of wills: the deal will constitute a major victory for Hamas and the resistance-oriented political forces in Palestinian society, while simultaneously representing a significant retreat for Israel and its historical doctrines of forceful coercion and rejectionism vis-à-vis the Palestinian people and their rights.
Tagged under
Read more

The Palestinian bid for ‘statehood’ has become one of the key items on the agenda of the general debate of the United Nations (UN) General Assembly’s sixty-sixth session – to begin on 21 September 2011. The request being tabled by the Palestinian Liberation Organization (PLO) will ‘approach the UN … to obtain recognition of the State of Palestine on the 1967 borders and Palestinian membership in the international community.’
Tagged under
Read more 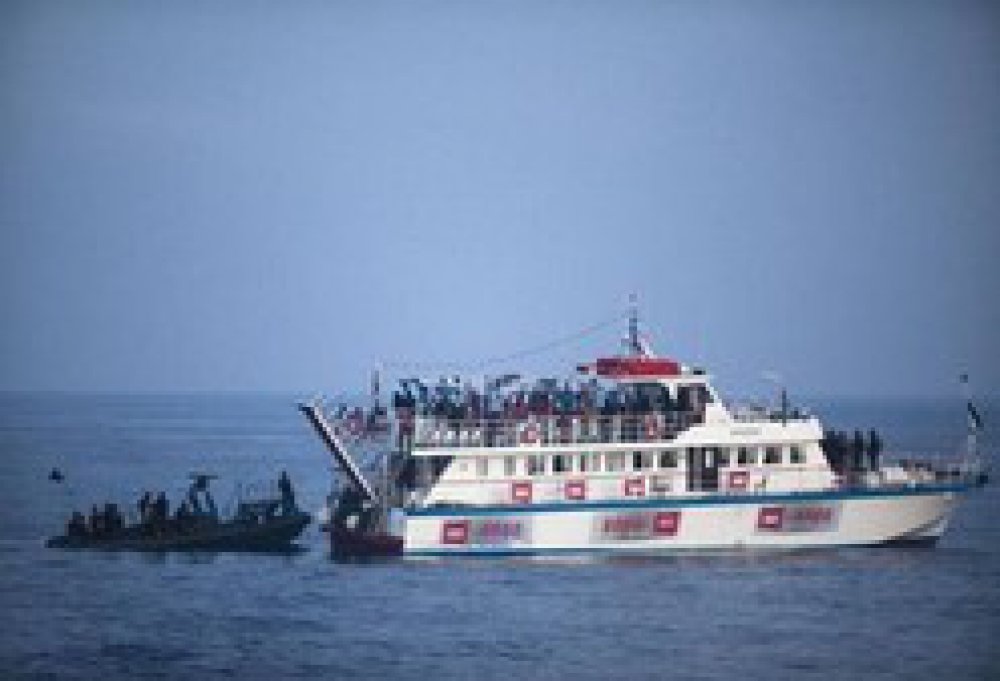 The latest United Nations report on last year's lethal flotilla incident – in which nine people were killed and many injured by Israeli commandos on board a humanitarian ship bound for Gaza – was released at the beginning of September, and generated much controversy. On the one hand, the report makes clear that Israel's use of force on board the Mavi Marmara and in the treatment of those detained on the ship was excessive and unreasonable. It acknowledges that forensic evidence indicates at least seven were shot in the head or chest, five of them at close range, and recognises…
Tagged under
Read more 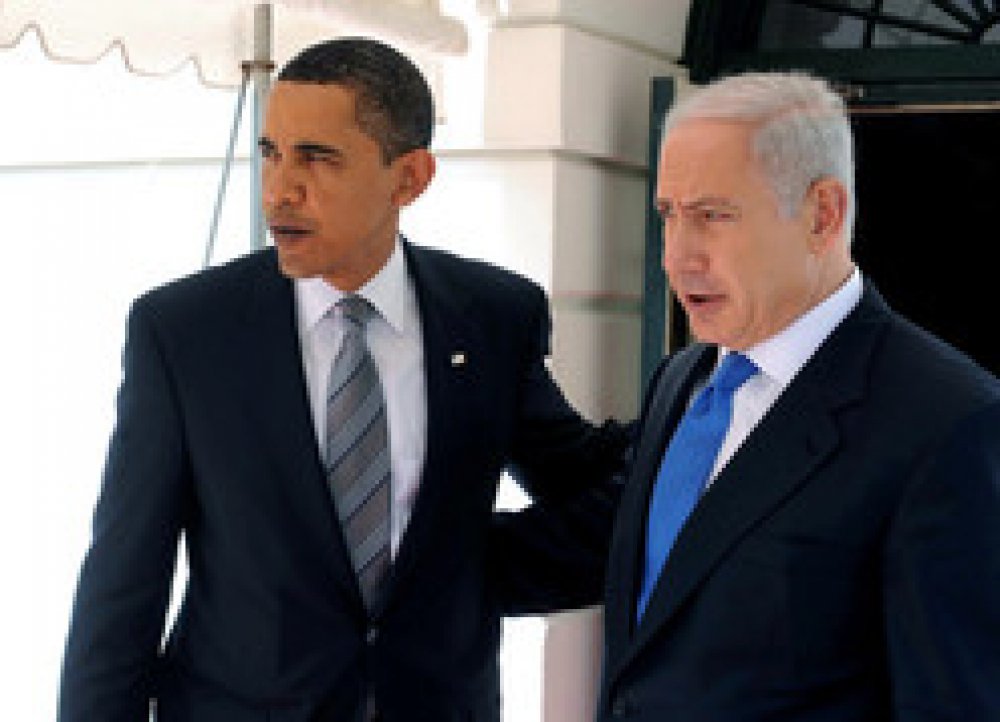 By Rashid Khalidi The past week in Washington was an extraordinary one. It witnessed an American president give two speeches in which he offered further concessions to Benjamin Netanyahu, the leader of a country that is a client of the United States. Netanyahu challenged the President from the other end of Pennsylvania Avenue, effectively seeking and receiving Congress's stamp of approval on his strikingly extreme positions. This end-run around the US Executive Branch followed an invitation from the head of the Republican congressional opposition to speak to a joint session of Congress. This invitation itself was in defiance of American…
Tagged under
Read more 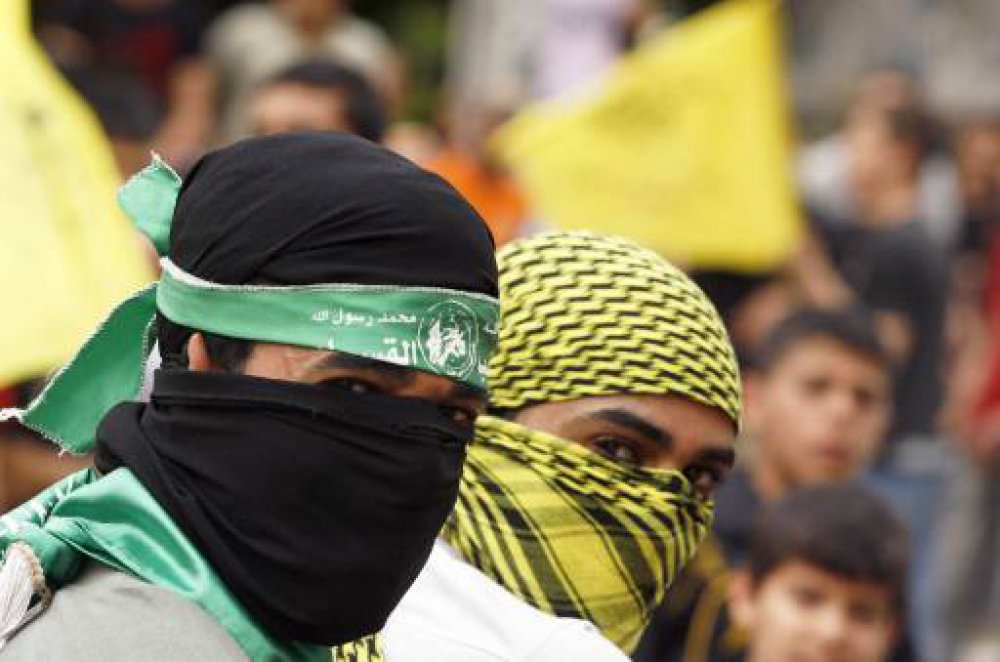 By Al-Zaytouna Centre for Studies This article was written just prior to the signing, on 4 May 2011, of the reconciliation accord between Fatah, Hamas, and other Palestinian factions. The reconciliation agreement ended a bitter four-year rift and saw agreement on the formation of a caretaker, transitional government in preparation for parliamentary and presidential elections within a year. The accord also provides for elections to the Palestinian National Council (PNC), and sets-up Hamas's entry into the PLO.  The article establishes an important contextual reading of the factors that have compounded the schism between the Palestinian factions, the various dynamics that…
Tagged under
Read more 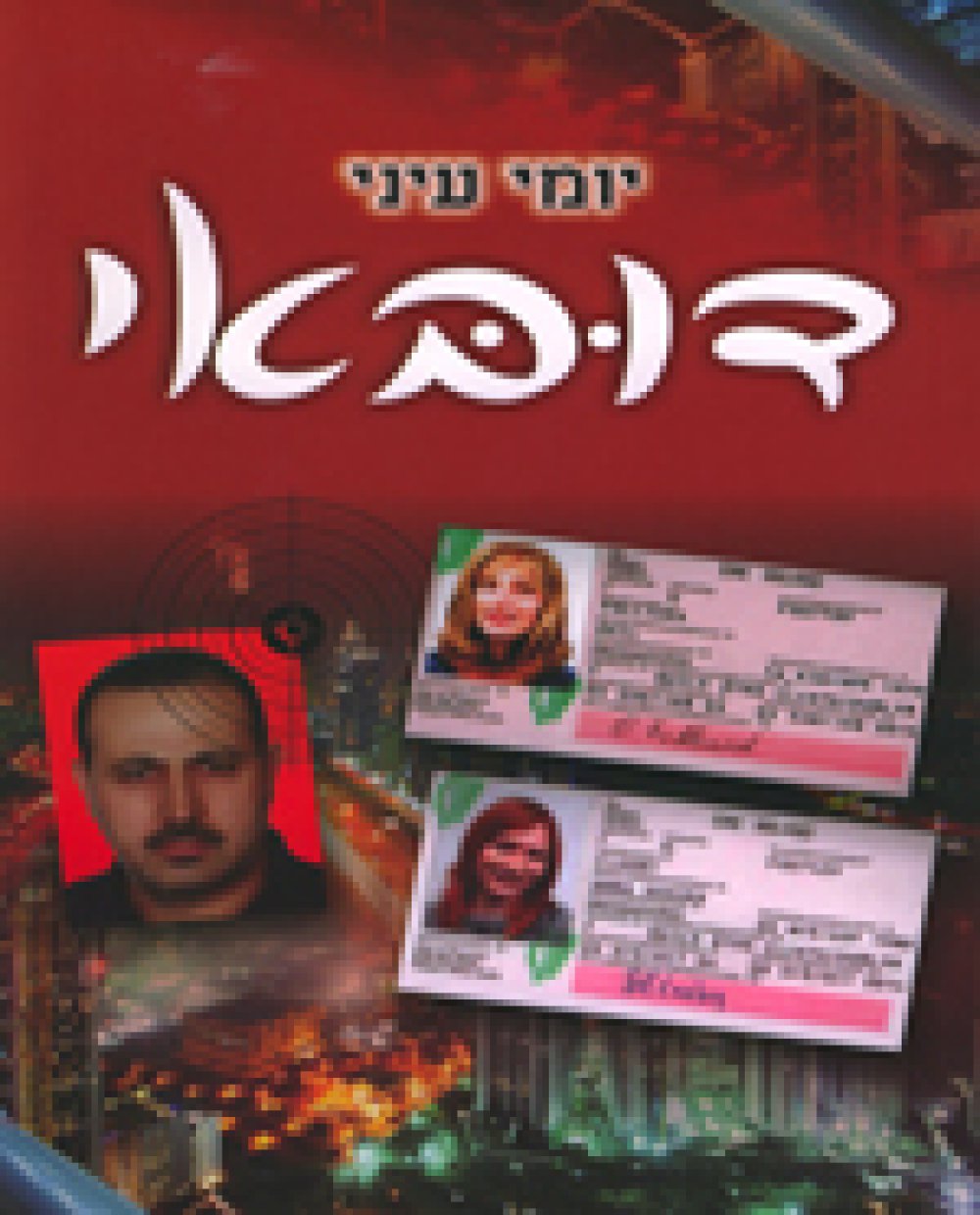 By Adnan Abu Amer Dubai, by Yommi Eini, a former high ranking member of Mossad, was released one year after the assassination, in Dubai, of Hamas' military leader, Mahmoud al-Mabhouh. It poses many questions that deal primarily with security and intelligence aspects, such as whether Mossad was really responsible for the assassination of al-Mabhouh. It further looks at how al-Mabhouh was lured to Dubai and then tracked down, asking, what really happened in Dubai?
Read more

By Mohsen Mohammad Saleh There have been numerous debates recently about the usefulness or otherwise of the Palestinian Authority (PA). In light of these discussions, many leaders, both within the PA and in the Palestinian Liberation Organization (PLO), find themselves in a deep state of frustration. This is because it is becoming evident that the PA can no longer bring about the creation of a Palestinian state, and because Israel has essentially emptied the peace process of all its content.
Tagged under
Read more 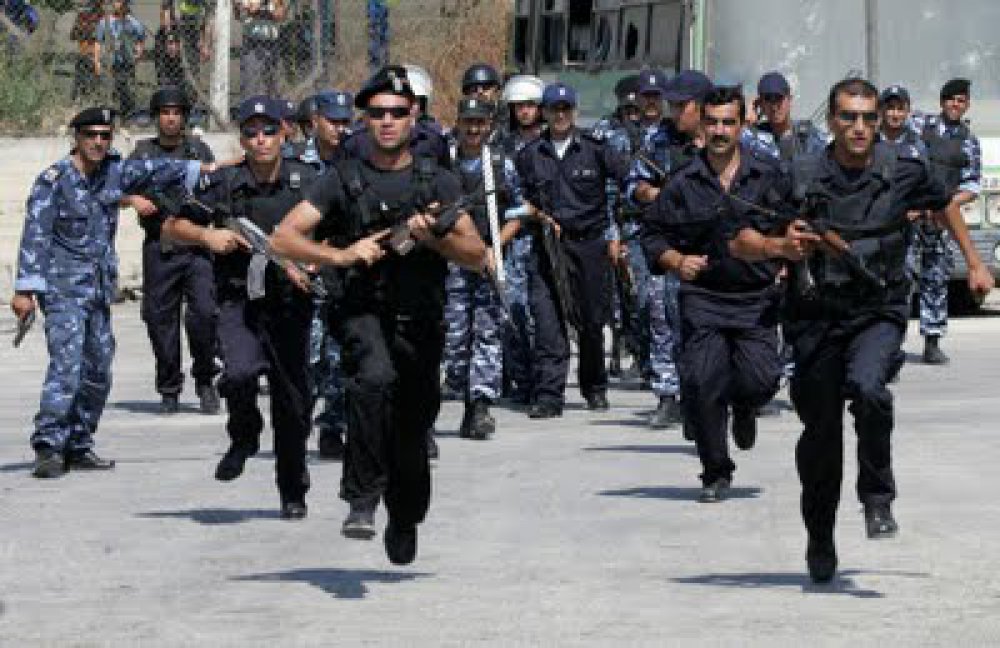 By Aisling Byrne 'If we are building a police state -- what are we actually doing here?' So asked a European diplomat responding to allegations of torture by the Palestinian security forces. The diplomat might well ask. A police state is not a state. It is a form of larceny: of people's rights, aspirations and sacrifices, for the personal benefit of an elite. This is not what the world meant when it called for statehood. But a police state is what is being assiduously constructed in Palestine, disguised as state-building and good governance. Under this guise, its intent is to…
Tagged under
Read more 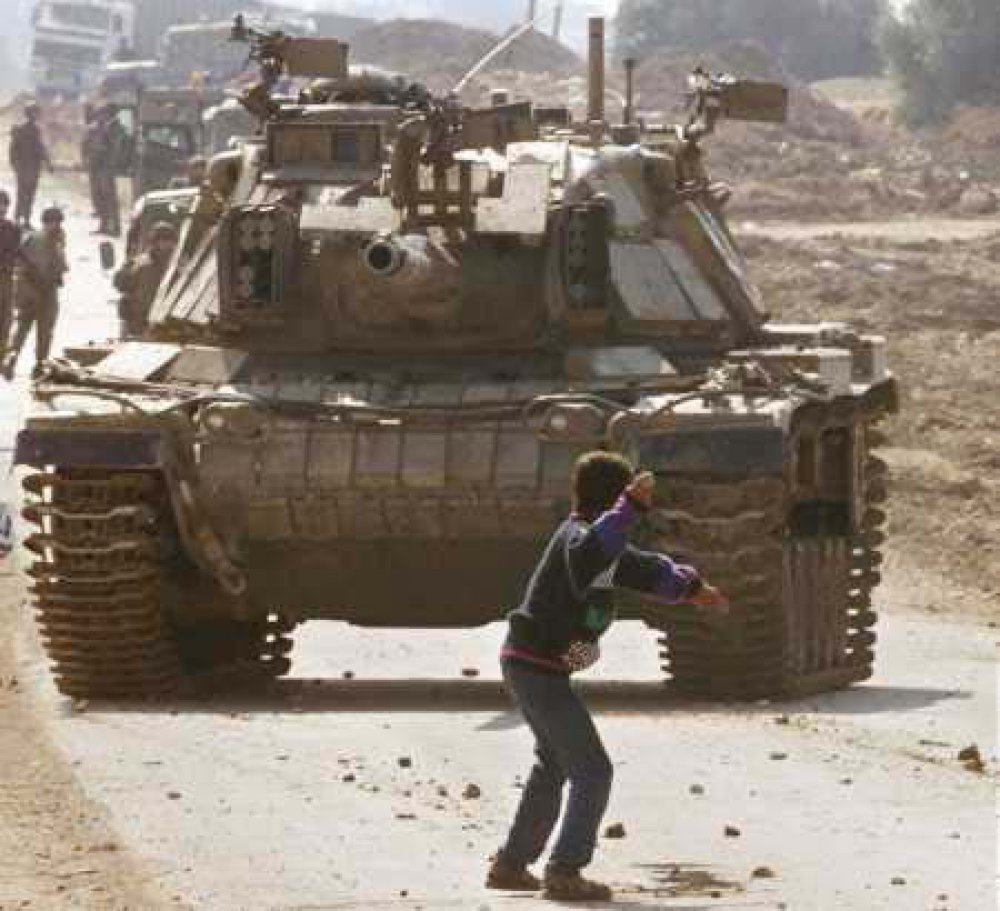 By Mohsen Mohammed Saleh Is real reform of the Palestinian Authority (PA) possible, or is reform simply a matter of 'dancing to the Occupation's tune'? Also, can the types of reform be divided and classified in such a way that some administrative, economic, educational, and social reforms are achieved, with the understanding that political and security reforms are much more difficult – if not impossible? Or will reform solely improve the image of the Occupation and prolong its existence – which in itself is considered a deviation from the prime objective that the Palestinian Authority was established to achieve: ending…
Tagged under
Read more
Page 4 of 6