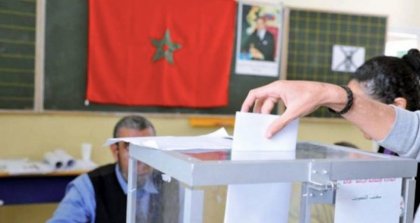 The results of the recent, 7 October, Moroccan parliamentary election means little in terms of the exercise of actual political power, but is indicative of the continued popularity of the ruling Islamist Freedom and Development party (PJD) which won twenty-five per cent of the vote. Voter turnout stood at a low forty-three per cent because of apathy flowing from the realisation that King Mohammed VI will maintain control and the election meant little in terms of politics or power, and the belief that political parties’ objective was to join the extensive patronage networks rather than representing ordinary Moroccans’ grievances. Ideological polarisation and a skewed political system that inhibits the emergence of large political parties will further contribute to the legislature’s inability to keep the monarch in check.

With little real opposition to the king, the PJD’s victory is not terribly significant, especially in foreign policy and long term strategic planning. The party will rather attempt to further pry open the political space by confronting the palace on electoral and constitutional reform, and by focusing strongly on corruption. All this will be an incremental, attritional process.

Moroccan elections have been historically plagued by two major difficulties. First, the system promotes ideological fragmentation by encouraging the growth of multiple small parties. A low three per cent voting threshold is implemented, forcing larger parties to partner with small ones to gain a parliamentary majority. This inhibits ideological and policy coherence and allows Mohammed VI to stymie parliamentary opposition to his rule through what some call ‘political rationalisation’. Second, and more importantly, parliament has little actual power. Even though the king piloted constitutional reforms in July 2011 to curb his powers, he is still able to dissolve the government, and has absolute powers in the realms of foreign policy and strategic planning. Most major decisions must be ratified by the king, who chairs the supreme council of the judiciary, the national security council, and the council of ministers, and is the self-designated ‘amir al-mu'minin’ (leader of the faithful). Electoral power is thus circumscribed and many parties contest elections to gain access to the Makhzen (the palace) and thus its patronage networks.

This was manifest in the 7 October elections. The PJD increased its seat count from 107 in 2011 to 125, beating its main rival and the king’s favoured party, the Party of Authenticity and Modernity (PAM), which won 102 seats. The party must thus partner with some of the other thirty other parties to govern. It has entered into talks with the Democratic Front, consisting of the nationalist Istiqlal party (with forty-six seats), the Socialist Union of Popular Forces (USFP, twenty seats) and the Party for Progress and Socialism (PPS, twelve seats). These will likely form a coalition to exclude PAM. The PJD’s leader, Abdelilah Benkirane, has had to delicately balance his party’s opposition to aspects of the monarch’s power with the party’s need for monarchical endorsement to contest elections. Thus, although criticising the current political system that he calls tahakoum (politically manipulated authoritarianism), he repeatedly clarifies that he serves at the monarch’s behest and that bad decisions should be attributed to the monarch’s advisors and not Mohammed VI himself.

The low election turnout, down from forty-five per cent in the 2011 parliamentary election and fifty-three per cent in last year’s municipal vote, is due to voter apathy, and the boycott calls from the civil society Islamist movement Al Adl wa Al Ihsaane (Justice and Goodness) movement and the leftist Democratic Way party, which have been shunned from the political system. At the heart of the apathy is the realisation that the legislature’s power is severely curtailed. Hence the higher turnout for municipal elections, which many citizens see as more relevant to their needs.

The election has proven the popularity of the PJD, despite the Makhzen’s attempts to weaken it through ‘hard’ and ‘soft’ vote rigging and explicit backing for PAM. The PJD has improved from five per cent in the 2009 municipal election to sixteen per cent in the 2015 vote and from 107 seats in 2011 to 125 in the October poll. The party is thus likely to endure, despite its worse than expected performance in last year’s election, and in spite of the situation in the Middle East and North Africa region, that is unfavourable to parties referencing Islam. However, similar to Tunisia’s Ennahdha and Jordan’s Islamic Action Front, the PJD’s success lies in a focus away from ideology and toward partnerships with non-Islamist parties, and a reluctance to strongly pronounce on regional issues.

With youth unemployment at twenty per cent and graduate unemployment in many urban areas at forty per cent, the conditions that sparked the February 2011 Moroccan protests persist. Parties such as the PJD will need to carefully navigate the current political terrain else, or risk being seen as complicit when protests erupt again. Already around eighty per cent of people polled by the Arab Barometer III survey view the state as corrupt and judicial decisions as open to corruption.