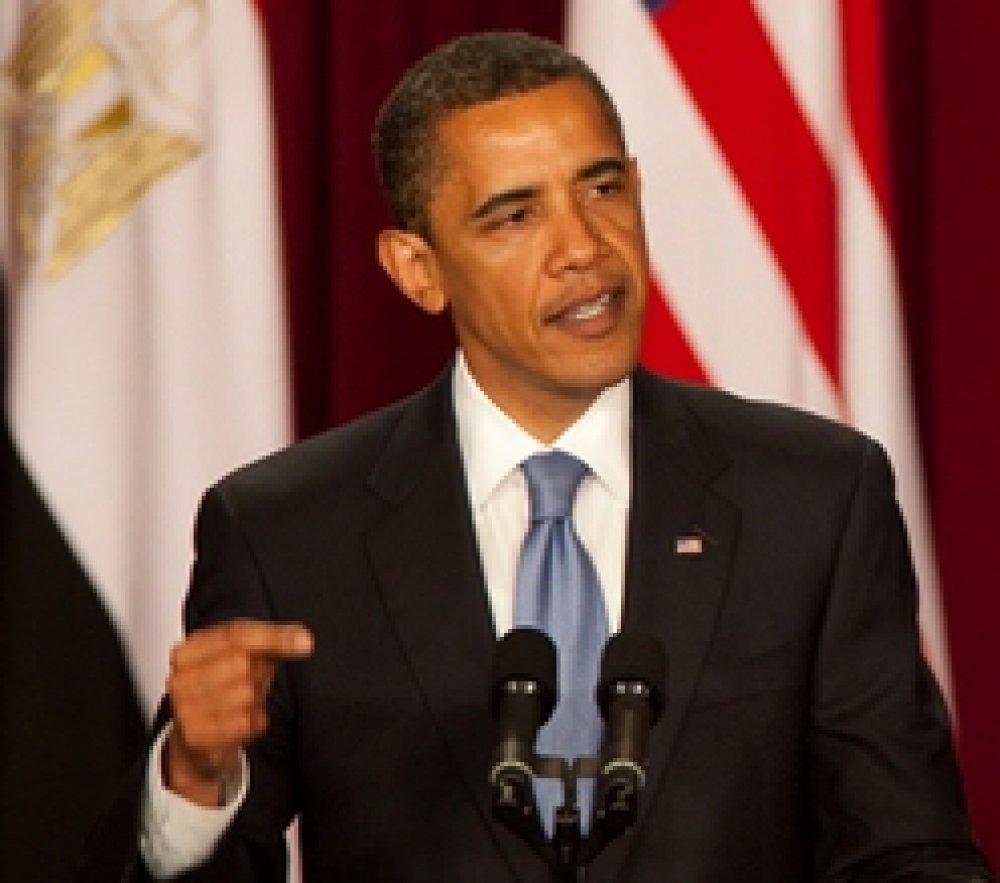 There were some subtleties, however, that should have made the euphoric scratch their heads. For example, why did Obama, in reference to his father, say that he 'came from a Kenyan family whcih includes generations of Muslims' rather than saying, simply, that he 'was a Muslim'? Such turns of phrase, as well as Obama's refusal to admit that, as a young boy, he was brought up as a Muslim, are attempts to placate the Islamophobes in his American audience.

Obama also emphasised that America was not 'at war with Islam', and commited his government to withdraw US troops from Iraq. Iraq, he said, was a 'war of choice' that the US had embarked on. It was a necessary and welcome admission, but it was not followed by an apology for the hundreds of thousands of Iraqis killed because of that 'choice' and the sanctions that preceded it. Nor was there an apology for the US having lied to the world about the reasons for invading Iraq. Indeed, Obama claimed that Iraqis are now 'better off' than they previously were.

In contrast to Iraq, Afghanistan was presented as a war 'of necessity', using the events of 11 September 2001 as the excuse, and ignoring the fact that that war had been planned at least three months prior to September 2001.

There were a number of occasions in the speech when an observer might have asked, 'and what about...?' Obama stressed, for example, that he had ordered the closing down of the Guantanamo Bay prison, but made no mention of Bagram prison in Afghanistan or Abu Ghraib in Iraq. Referring to Iran, he spoke of the need to prevent 'an arms race in the Middle East', ignoring the fact that Israel already possesses between 200 and 400 nuclear weapons - the only country in the Middle East to possess such weapons. He criticised – at some length – the 'violence' of Palestinian resistance, but said not a word about Israel's violence, and did not mention the Gaza massacre of December 2008-January 2009. He lectured Muslims about the need for democracy, but omitted to say that his host for the day was an Arab dictator.

Obama's sleight-of-tongue is also evident in his contention that his personal story 'is not so unique. The dream of opportunity for all people has not come true for everyone in America, but its promise exists for all who come to our shores - that includes nearly seven million American Muslims in our country today who enjoy incomes and education that are higher than average.' Quoting 'averages' is also a problem because it masks the extremes. This nice-sounding platitude does not consider the thousands of American Muslims, especially African-Americans, who live in poverty, who do not have access to decent health care, and who are crammed into US' prisons. Nor does the talk of 'the dream of opportunity' consider the Islamophobia and racism that Muslims across the US face - and not only after the 11 September 2001.

The US president spent much time talking about Israel and Palestine – beginning with a lengthy description of the mid-20th Century holocaust in order to justify the existence of Israel. This was the part of his speech that received the least applause - even from the selected audience members. He emphasised that the US had an 'unbreakable bond' with Israel. Unlike his predecessor, Obama acknowledged that Palestinians have endured 60 years of suffering – from the time they were uprooted from their homes in 1947-48, and accepted that Palestinians had a 'legitimate position'. US politicians are more used to speaking of a a 40-year occupation - referring to the occupation of the West Bank, Gaza, East Jerusalem, and the Golan in 1967.

Obama called on the Israeli government to halt settlement building and emphasised his administration's support for a 'two-state solution' for Palestine and Israel. Many observers pointed out that while the call not to build new settlements, and to halt expansion of existing ones, might be welcome, all existing settlements are illegal under international law, and should not exist. While recognising the creation of the Palestinian refugee problem in 1947-48 by Zionists, Obama stopped short of mentioning the internationally-guaranteed right of these refugees to return to their homes.

In a refreshing admission for a US president, Obama noted that the US had overthrown 'a democratically elected Iranian government', referring to the CIA coup against Prime Minister Mossadeqh in 1953. He followed that admission by mentioning the taking of American hostages by Iranian students after the 1979 revolution, suggesting that there was a relationship between the two events.

As part of American presidential lecturing of Muslims, Obama spoke about women in the Muslim world. Predictably, this section began with a reference to Muslim women's dress (which far too many westerners seem obsessed about). If we ignore the fact that he said 'hajib' instead of 'hijab', Obama's call on Muslims to allow women to 'reach their full potential' is one that the Muslim world must take note of. Whether it is appropriate for the president of the US to lecture Muslims in this manner, however, is a separate issue.

There were aspects of the speech that made one wonder whether Obama had recruited Bush's speech writers – or foreign policy advisers. Most notable was the war talk regarding Afghanistan and Pakistan. There was a clear message for Al-Qaida and the Taliban: the US will hunt them down and kill them. It is the kind of rhetoric we have heard for the past eight years from the White House.

There were other aspects, however, that made some within the Zionist lobby in the US furious. The New York Times reports that some Israelis (and their supporters in the US) are upset because Obama seemed, in his speech, to be 'elevating the Palestinians to equal status'. As Tony Karon wrote: 'And those who would be threatened by Palestinians being viewed as equal human beings to Israelis may have reason to be concerned.' Many Israelis will also be upset that Obama chose to give the Nazi Holocaust as a reason for the establishment of the Israeli state, rather than repeating the Zionist rhetoric that Jews are simply reclaiming their homeland.

In some ways, the speech suggested a change in the way in which Barack Hussein Obama (he emphasised his middle name in Cairo) wants the US to conduct itself in the world. His repeated calls for relationships of 'mutual respect', references to the Muslim world and the US almost as if they were equals, and promotion of an attitude of multi-lateralism are indicative of this. Overall, however, the speech signalled little change in how the Obama administration will deal, practically, with the Muslim world.

Last modified on Thursday, 19 February 2015 08:31
Tweet
More in this category: How Obama lost Muslim hearts and minds: A year after his Cairo speech »
back to top