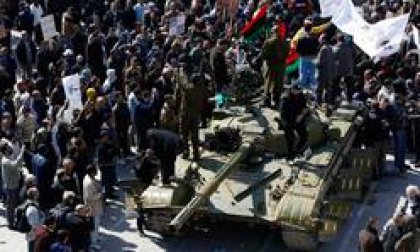 Role of the Libyan army and the anti-Gaddafi revolt

In spite of the atmosphere of suspicion which has surrounded the Libyan armed forces since the Al-Fateh Revolution of October 1969, it has played and could play a major role in the popular rebellion which was ignited on 16 February 2011. Among the many questions raised about Libya since the uprising began, the loyalty of the army, with an estimated 76 000 soldiers, to Gaddafi's regime is an extremely important one. While it is possible that some members of the Libyan army intentionally opened fire on demonstrators intending to kill them, or that others bombed crowds of protesters in Tripoli and Benghazi, there are soldiers in the same army who refused to shoot at their fellow citizens, and joined the revolt, swelling the ranks of the demonstrators, and who flew their planes to Malta. Furthermore, there are other questions which ought to be addressed: What is the actual composition of the Libyan armed forces? Why has the army been considered, for many years, a marginal player in the arena of internal politics? What is the future role which the army might play in a post-Gaddafi Libya? 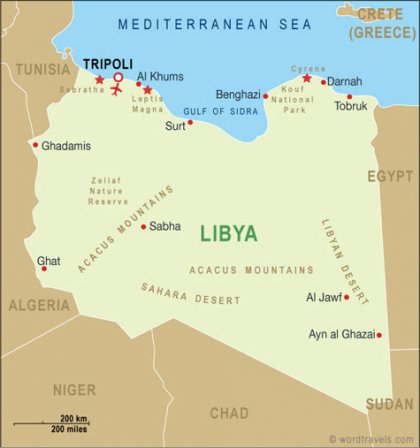 For centuries, tribes have played a key role in terms of politics and social relations within Libya, and have ensured their perpetuation through the Bedouin customs of farming and caravan trading, as well as through the social solidarity which binds together the different members of a tribe.

Libyan tribes played an important role in the fight against the Ottoman Empire, as well as against Italian colonisation from 1912 to 1943. In spite of that, the importance of the tribal system faded under Colonel Muammar Gaddafi's rule after he seized power in 1969. Undoubtedly, Libya's modernisation, the building of new cities across the country, and the introduction of new systems of education represented factors which cumulatively caused people to abandon their tribal localities and to distance themselves from some manifestations of the tribal affiliation under which they had grown up. All this ultimately resulted in the foundations of the traditional tribal system being destabilised.