Libya’s IS is overhyped and must be addressed politically 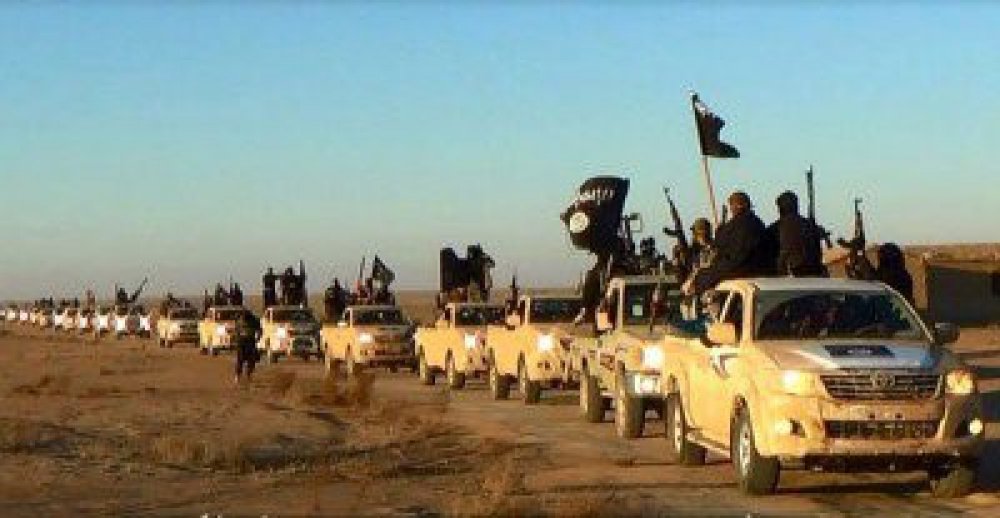 The 15 February Islamic State group (IS) video showing the beheadings of twenty-one Egyptians raised concerns both about the possibility of the group’s influence growing in Libya (and North Africa more generally), and about the subsequent Egyptian airstrikes inside Libya, ostensibly against IS targets. Condemnation of IS has been widespread; however, Egypt’s attempt to further militarise the Libyan conflict should be equally concerning, and could help grow IS and increase its reach.

The video was another suggestion of increasing IS assertiveness in Libya. In December 2014 the group attacked a military base in the country’s South, killing fourteen soldiers; in January 2015 an attack by IS supporters on the Corinthian Hotel, used by many politicians and diplomats, resulted in the deaths of eight people. However, the publicity given to these operations masks the extent of IS influence and impact in Libya. Competing with larger militant organisations such as the Salafi Ansar al-Sharia in Libya (ASL), and more mainstream Islamist militia such as Fajr Libya (Libya Dawn), IS’s membership numbers a few hundred, which has remained constant over many months. Its links and allegiance to IS in Syria and Iraq are tenuous, making it likely that if IS was defeated in Syria and Iraq, members in Libya will defect to other groups.

The group’s minimal influence was best illustrated in its response to the thirteen Egyptian airstrikes on the town of Darna. There were no retaliatory operations against Egyptian interests in Libya or Egypt; instead, IS set off bombs in the eastern city of Qubba, killing forty-two, and attacked the house of the Iranian ambassador in Tripoli. This retaliation indicates, first, that the group does not possess the capability to project power beyond Libya’s borders. (Thus threats to attack Europe will remain just threats, at least in the short term.) Further, that it was unable to coordinate attacks with the IS affiliate in Egypt, Ansar Bayt al-Maqdis, illustrates that little coordination and tactical links exist between IS affiliates in North Africa. Second, it indicates that the group’s greater focus is domestic. Qubba is the closest town to Darna, which is controlled by renegade general Khalifa Haftar, and the attack on the ambassador’s residence was more related to IS being forced out of Sirte by Fajr Libya.

The international community responded in a measured and balanced manner. While condemning the attacks, the USA, Britain and France stressed that a political solution was required. This despite intercepted letters between IS recruiters which referred to Libya as a ‘gateway’ to Europe. Even Italy, which in 2014 received over 170 000 Sub-Saharan and Middle Eastern refugees through Libya, had revoked its offer to lead a multinational force against IS, and supported a political solution. Wariness over the consequences of Gadhafi’s overthrow, coupled with their own economic sluggishness, has resulted in most foreign countries being disinclined to intervene, especially since efforts are under way to weaken IS in Syria and Iraq.

Egypt, on the other hand, used the beheadings to legitimise activities it had been conducting for a while. The Egyptian military regime has attempted to influence Libyan politics from early 2014, because of the attractiveness of Libyan oil reserves, and weapons’ smuggling from Libya into Egypt’s Sinai. Already in March 2014 the Egyptian president, Abdel Fattah el-Sisi, advocated international action in Libya. With the United Arab Emirates, Egypt has also assisted the Libyan government in Tobruk with logistical and intelligence support, in order to weaken the Tripoli-based General National Congress (GNC) government. In October 2014, Egypt conducted airstrikes in Benghazi, deep into Libyan airspace, to support Haftar.

Its recent airstrikes resulted in a number of civilian casualties, and it subsequently called for the United Nations to provide it ‘political’ and ‘military’ support for the strikes. The strikes violate international law, and Egypt’s supplying weapons to the Tobruk government violates the UN arms embargo on Libya. Egypt has therefore called on the UN to lift the embargo. Its requests to the international community were unsuccessful, however, leading Sisi to advocate for the creation of an inter-state Pan-Arab military force. This too is unlikely to occur, with both Qatar and Saudi Arabia sceptical about such moves.

Despite the fact that the mess in Libya has been created partly as a result of international intervention, the international response in this instance is correct. The growth of IS (and other militant groups) in Libya is a direct result of the power vacuum created by Muammar Gadhafi’s overthrow, and the consequent deteriorating security situation and political gridlock. Dealing with IS alone will merely address symptoms of the problem, and could generate increased sympathy towards the group. The United Nations initiative to broker a political solution and form a government of national unity presents the best future scenario, and must be strengthened. It complies with the hopes of neighbouring states such as Tunisia and Algeria. The latter released a peace plan which cautions against military intervention and advocates developing consensus between the two Libyan governments.

While political posturing of the different groups sometimes sees one or another boycotting talks, all parties must be enticed into the negotiations’ process, and foreign military interference must be prevented. Allowing such military adventures, and not pressing forward with a political solution could see Libya breaking up into enclaves, and groups such as IS proliferating.

Last modified on Friday, 28 August 2015 13:07
Tweet
More in this category: UN’s Libya Government of National Accord: Refusing to learn from past experience »
back to top