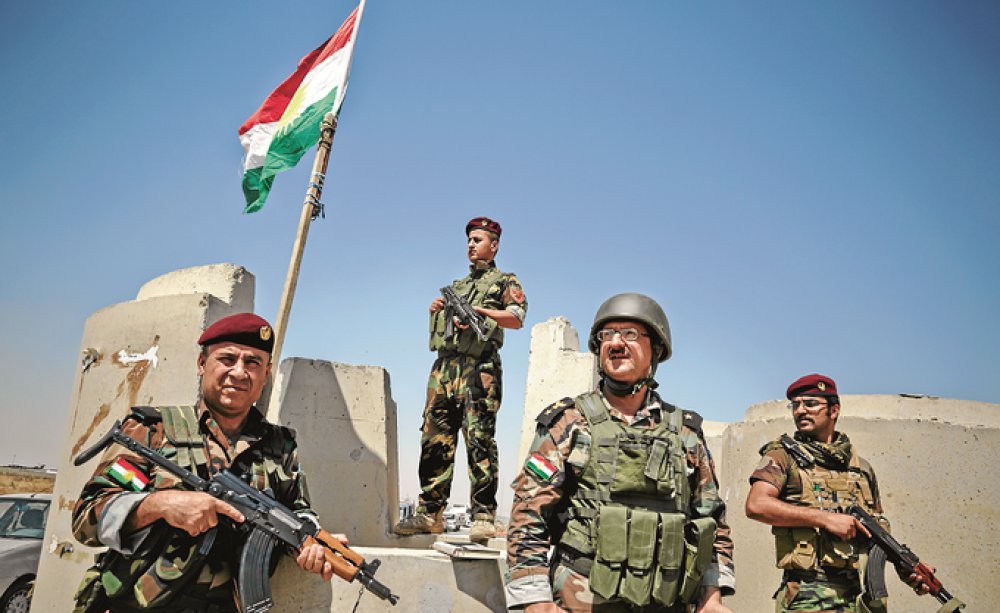 ISIS the Islamic State of Iraq and al-Sham (Levant), has burst dramatically onto the Iraqi scene in recent weeks, as it has captured one town after another. It has brought a substantial part of the north of Iraq under its control and come to within 100km of the capital, Baghdad.

But these developments should not have been surprising. Iraq — and Isis — have been heading in this direction for a while.

Isis is a transnational, militant Sunni group which wants to mobilise Islamic ideals for the creation of what it deems an Islamic state, or caliphate, within the Middle East. It developed out of an earlier entity, Al-Qaeda in Iraq (AQI), but is at odds with the leadership of Al-Qaeda since it rejects the authority represented by Osama bin Laden’s successor, Ayman al-Zawahiri.

AQI developed in the aftermath of the 2003 US-led invasion of Iraq against the Ba’ath regime headed by Saddam Hussein. However, over time, its guerrilla tactics were rejected by many Sunnis in a counterterrorism campaign known as the Sahwa (Awakening).

Even during that early stage, AQI developed differences with Bin Laden and Zawahiri over its methods of indiscriminately attacking fellow Muslims. After its leader, Abu Musab al-Zarqawi, was killed in a US air strike in 2006, the group adopted its second moniker, Islamic State of Iraq, in order to improve its waning appeal within the Iraqi Sunnis.

Its latest label, Islamic State of Iraq and al-Sham, was adopted in 2012, under the leadership of Abu Baqr al-Baghdadi, to represent its combined goals in Syria and Iraq. The withdrawal of US troops from Iraq and the start of the Syrian crisis in 2011 rejuvenated Isis’ appeal within the world of transnational Muslim militancy.

Baghdadi and Golani eventually differed over the question of ultimate leadership. Despite mediation attempts , the groups could not reconcile and JN joined a larger formation of Islamist rebels in Syria, the Islamic Front, which decided to attack Isis. This also signalled its exit from the larger fold of militants gathered under the Al-Qaeda umbrella.

This condensed history of Isis highlights the constantly shifting alliances that plague this organisation. Its disagreements, especially over questions of leadership and dealings with Muslims who do not agree with its understanding of Islam, also point to the utopian nature of its eventual goal of an Islamic state.

It is a highly abstract ideal which can, in the short run, bring together many groups who are disgruntled with their immediate authorities, such as the government in Baghdad, or the earlier US-led occupation.

But, in bringing together such diversity, Isis also has the potential to self-destruct, due to the contradictions present within such groups. This is what happened with AQI when it alienated Sunnis who became part of the Sahwa.

To what extent and with what speed this process will repeat itself remains to be seen. There are signs that Isis has learnt from its past mistakes.

Along with engaging in a range of social development programmes in the areas it controls, it has also appointed Saddam-era military men as the governors of these regions. Additionally, it is rumoured that Isis is restricting itself to military operations, leaving the affairs of the conquered cities in the hands of their people.

However, even if these reports are true, in the long run, Isis cannot just operate as a militia, fighting off government troops. It has an ideology that influences its strategy and tactics.

For example, its vision of governance was outlined in the city charter it released in Mosul. This document makes it clear that Isis will enforce Muslim rituals like the five daily prayers, along with its understanding of Islamic dress codes and punitive measures. Similarly, it forbids the use of drugs, alcohol and cigarettes, and the carrying of weapons, non-Isis flags and insignia.

Such moves are not likely to sit well with the tribal and Ba’athist groups it is allied with. Another significant factor that is likely to divide Isis and its local allies concerns its desire to march on Baghdad and areas further south, actions that are likely to invite military intervention from Iran and the US.

Local Sunnis, on the other hand, might prefer to negotiate federalist autonomy for regions under their control without threatening Baghdad directly. It is also unlikely that these groups will pay allegiance to Baghdadi as the undisputed caliph (leader) of the region under their control.

The rise of Isis in Iraq is tenuous at best. Its history, ideology and strategy do not promise stable and lasting territorial gains.

For now, many Iraqi Sunnis might be willing to support Isis against the authoritarian Iraqi government. But, if more reconciliatory and inclusive leaders are able to replace him, as recent reports seem to suggest, Isis will find itself marginalised.

* This article was first published on Financial Mail

Last modified on Thursday, 19 February 2015 08:46
Tweet
More in this category: Rapid gains of ISIS in Iraq the result of a political rather than a military crisis »
back to top