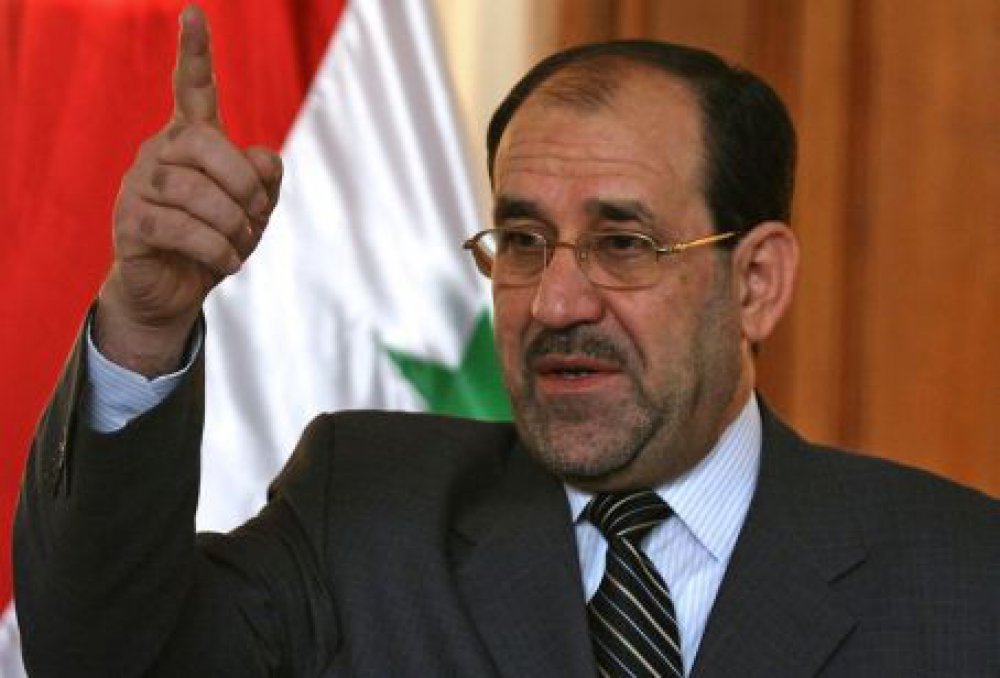 During the past decade, three national elections in Iraq have aimed at building a democracy out of the ruins of the former Ba’athist system. The first, on 30 January 2005, was to form a 275-seat transitional assembly mandated to write a constitution, which was approved by a referendum on 15 October 2005. The second, on 15 December 2005 was to instate a permanent parliament. On 7 March 2010, the most recent parliamentary poll was held under American occupation.[1]

In a week’s time, the 30 April 2014 election, more than 9 000 candidates belonging to 142 different parties will compete for 328 parliamentary seats. Similar to earlier elections, this one will take place in a context of violence, marked by an unprecedented increase in suicide bombings and armed attacks.[2] In a recent press release, the United Nations Assistance Mission for Iraq reported a total of 592 Iraqis killed and 1 234 injured in March alone.[3] The deterioration in security, as well as disillusionment among most Iraqis about security, unemployment, lack of public services and political corruption, raises concerns about expected voter turnout and the legitimacy of this election.

Hand in hand with increasing political tensions and fragmentation, the large multi-sect coalitions that characterised previous elections have declined; allowing smaller groupings to contest the election, and thus providing Iraqis with more electoral choice.[4] The weakened alliances are also a result of the 2013 amendments to the electoral law, which allow the largest parliamentary bloc to form a government, irrespective of whether it is an electoral coalition that campaigned on a common platform, or one that emerges after the poll.[5] The amendment has provided an incentive to parties – including small parties – to contest the elections on their own, rather than as part of broader lists. Some have seen this as a positive step towards ending sectarian politics in Iraq.[6] However, it also makes it harder to predict the electoral outcome, and may result in difficult post-electoral bargaining when the time comes to put together a cohesive coalition strong enough to lead a new cabinet.

The political diffusion has affected both Shi’a and Sunni parties. In 2009, the former Shi’a United Iraqi Alliance consisting of Islamist parties that won the 2005 election, split into the State of Law Coalition (SLC) led by Maliki, and the Iraqi National Alliance (INA) headed by Ammar al-Hakim, leader of the Islamic Supreme Council of Iraq (ISCI), and joined by Muqtada al-Sadr’s movement. Last year, Hakim and Sadr both announced that they would run separately in the 2014 elections. Sunni groups have also experienced ongoing political fragmentation, with the breakdown of the Iraqi National Movement (al-Iraqiya), of secular Shi’a Iyad Allawi, after its political tensions and infighting in 2010.[7] Only the Kurds have tried ahead of the polls to present a common front through the Kurdish Alliance, and to overcome their divisions about the future of the Kurdistan Regional Government and Iraq in general. However, the inability of the two dominant Kurdish parties, the Kurdistan Democratic Party and the Patriotic Union of Kurdistan, to allow sufficient space to newcomers such as the opposition group Gorran, has meant that this attempt at a common front has largely failed.[8]

Since 2003, Iraqi Sunnis have been marginalised from power. To express their disaffection, they boycotted the 2005 election. Despite having promised to reintegrate them into the mainstream political process and the state apparatus, Maliki has largely perpetuated their marginalisation. In 2010, he even revived the ‘de-Ba’athification’ programme, banning hundreds of Sunni candidates, especially prominent politicians belonging to Allawi’s bloc, from contesting the election that year.[9]

Since December 2012, predominantly Sunni regions, particularly the restive al-Anbar province, have violently confronted the central government following the arrest of protectors of the former finance minister, Rafi al-Issawi, an al-Anbar native linked to al-Iraqiya. Many Sunnis object to what they perceive as Shi’a dominance, and discriminatory policies whose objective, they claim, is to ‘de-Sunnify’ Iraq through anti-terrorism laws, arbitrary arrests, travel bans and death sentences. Instead of engaging in dialogue with his opponents, Maliki has resorted to increasingly repressive methods to combat terrorism, including a sustained assault in January 2014 on the Sunni cities of Fallujah and Ramadi, to counter the takeover by the al-Qa’ida-affiliated Islamic State of Iraq and the Levant (ISIS).[10]

Sunni grievances and mobilisation have not yet translated into a united leadership capable of defying Maliki’s bid for a third term; nor have Sunni parties succeeded in coordinating their positions, and anti-government protests have not coalesced into a strong movement, because of conflicting ideological orientations and political aspirations.[11] Compared to the 2010 election, it is likely that fewer Sunni voters will cast their ballots in 2014, especially in the absence of a powerful representative coalition such as al-Iraqiya. In October 2013, Allawi declared that his movement (renamed Wataniyya) would run alone, a choice also made by his former Sunni partners, such as Mutahhidun, of parliamentary speaker Usama al-Nujayfi’s, and the Arabiyya bloc of the deputy prime minister, Saleh al-Mutlak.[12]

Sunnis have generally become disaffected from politics and their own leaders, whom they blame for not having brought any progress. Many are sceptical of the power of the electoral process to effect tangible change.[13] This is the context in which Maliki will confront limited Sunni opposition. The political fragmentation may, however, lead to more violence in the coming months. Radical voices have emerged within the Sunni community to protest against Maliki’s unresponsiveness to popular demands and his unrestrained use of force, and frustrated Sunnis have become increasingly exposed and vulnerable to extremist propaganda. The outcome has been a growing militarisation of protests and the emboldening of violent groups, including local tribes who now justify violence as self-defence against Maliki’s policies.[14]

The most credible competition to Maliki’s ambition for a third mandate will likely come from inside his own constituency. This is made more likely by the fact that the hawza, the religious establishment based in Najaf, has given no voting recommendation this year, while it had previously attempted to unify Shi’a positions in order to win the elections. The authoritative Shi’a leader in Iraq, Grand Ayatollah Ali al-Sistani, has distanced himself from the political process, essentially in reaction to what he considers poor government performance and political corruption. He has also opposed the idea of an Islamic state.[15] Maliki’s SLC, which still claims to form a majority although it is without a major ally in these elections, faces two main Shi’a competitors: the Sadrists and ISCI, both of which adhere to quite different political agendas. The prime minister has attempted to exploit these differences to weaken the competition.[16]

Since Muqtada al-Sadr announced his decision to retire from politics in February 2014, the future of his al-Ahrar movement has become uncertain. Some believe that the Shi’a leader’s move is a tactic for him to reposition himself ahead of the polls, both nationally and among supporters who question his authority.[17] Sadr remains one of the most virulent critics of Maliki, who he has called a dictator and a tyrant.[18] At the same time, his changed approach has left part of his electorate confused, and may thus have served Maliki’s divide-and-conquer strategy. The ISCI-led Citizen’s Coalition (Muwatin), which unites eighteen other parties, aims to regain the political standing it lost in 2010. Its programme focuses on state reform, and prefers a more conciliatory approach. While Muwatin presents itself as a reliable successor to Maliki’s State of Law Coalition, it does not enjoy the same support, and it favours a federalist stance that does not appeal to more nationalist Shi’as.

In spite of the many challenges and internal dissent that he faces, Maliki still appears best placed to win the election. Together with his Islamic Dawa Party and Deputy Prime Minister Hussein al-Shahristani’s Independents, he seems to retain the greatest ability to form a coalition after the election. Importantly, he is the candidate backed by both Tehran and Washington, which seek to stabilise the country to protect their respective interests and which, since 2003, have had a major influence over Iraq’s transition.[19] In addition to his adroit manoeuvres to avoid the re-emergence of a Sunni leadership and his tense relations with Kurdish leaders, Maliki has managed to weaken his Shi’a rivals by depicting them as incapable of exerting power, thereby exacerbating political divisions and fracturing their ranks. He has also attracted several militias, such as the Badr Organisation (the ISCI’s former military wing) and Asa’ib Ahl al-Haq (League of the Righteous), an Iran-supported Sadrist offshoot that set up its own party (Sadiqun) and has been involved in the Syrian conflict, on the side of the Asad regime.[20]

Moving towards a third term?
Against the backdrop of profoundly transformed Iraqi politics, the growing gap between Maliki’s followers and opponents will critically determine the alliances that will rise from the 2014 election. Already, the Sadrists and ISCI are contemplating a new opposition coalition,[21] and will likely cooperate after the polls, with possible support from the Kurds and perhaps even Sunni groups. Maliki’s many adversaries could also take advantage of splits within his bloc, particularly if Dawa members were to consider a change in premiership, as Maliki would then marginalise them and strengthen his control.[22] Hussain al-Shahristani, who for some time was rumoured to be willing to stand separately, would then probably also distance himself from the SLC.

To thwart these breakaway trends and a larger opposition, Maliki maintains a hold over two assets: firstly, the current legislation which, in the absence of provisions that restrict the terms of tenure of Iraqi officials, allows for his prolonged stay in the upper echelon of the state;[23] and, secondly, the Iraqi military and security forces, which he has placed under tight control, and which could stage a coup if he does not succeed in forming the strongest coalition.[24] While it would mean the end of Iraq’s path towards democracy – albeit a thorny and violent one – such a scenario would not be surprising, given the country’s history.

*Myriam Benraad is a specialist on Iraq at the Center for International Studies and Research (CERI), and a policy fellow at the Middle East and North Africa Program of the European Council on Foreign Relations (ECFR).

[2] Chulov, Martin (2014). ‘Iraq goes to the polls with war as an inescapable backdrop,’ The Guardian, 11 April, http://www.theguardian.com/world/2014/apr/11/iraq-election-nouri-al-maliki-tehran-violence.

[15] Mamouri, Ali (2014). ‘What is Sistani’s position on the Iraqi elections?’ Al-Monitor, 13 March, http://www.al-monitor.com/pulse/originals/2014/03/iraq-sistani-distance-religious-establishment-elections.html#.

Last modified on Friday, 13 January 2017 14:06
Tweet
More in this category: Iraq’s slide to sectarianism: disenfranchisement and power politics »
back to top