The nuclear deal’s impact on Iranian politics and society 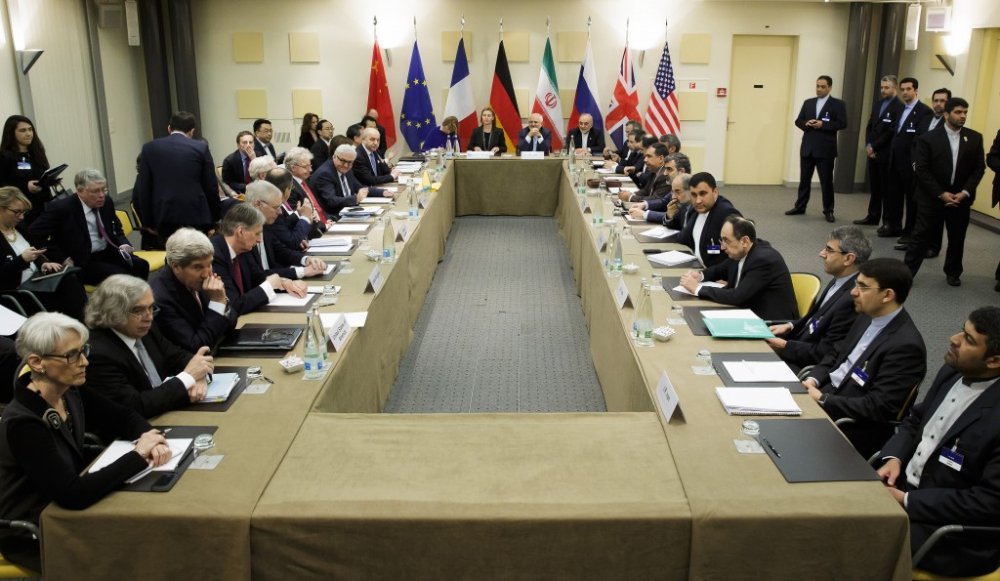 The International Atomic Energy Agency’s 16 January certification that Iran had complied with the provisions of the Joint Comprehensive Plan of Action (JCPA) negotiated between it  and world powers over its nuclear programme means that sanctions relief would be forthcoming, will have substantial regional and global consequences.

Even prior to the deal’s conclusion, Saudi Arabia and certain members of the Gulf Cooperation Council (GCC) had expressed dissatisfaction and had resolved to intervene in Yemen, and to increase support to Syrian opposition groups. Fears of a resurgent Iran after the lifting of sanctions have led to many GCC members downgrading ties with Iran and reequipping their armed forces. Iran’s compliance with the deal has also reduced the probability of an Israeli air offensive against the Islamic Republic over fears of an international backlash. However, Israel’s weakened regional position and difficult relations with the Obama administration will increase covert relations between it and Saudi Arabia. Globally, increased Iranian oil and liquefied natural gas supplies have helped lower energy prices, and diplomacy and the nuclear non-proliferation treaty have been strengthened.

The deal is also triggering a significant effect domestically. Polarisation between Iranian institutions wary of relations with the West, such as the Islamic Revolutionary Guard Corps (IRGC) and those, such as President Hassan Rouhani and foreign minister Mohammad Javad Zarif, who have worked to improve Iran’s  international standing, have increased. At the core of this is the fear among some that Rouhani seeks to liberalise Iranian society, and that the nuclear deal is the first step in a wider détente between it and the USA, which some perceive as posing a threat to the character of the Islamic Republic. Some in this camp are still distrustful of the role played by Rouhani’s benefactors after the disputed 2009 presidential election. Flexing its muscles, the IRGC, in the past three months alone, performed two missile tests, allegedly fired at an American aircraft carrier in the strait of Hormuz, and captured and later released ten American Navy personnel who had traversed Iranian territorial waters. Some referred to the deal as nuclear sedition, while others argued that the country had conceded too much. The Supreme Leader, Ayatollah Ali Khamenei, has adopted a more balanced position, supporting the negotiations while remaining critical of America and other western states.

Polarisation has been compounded by two impending elections in February: a parliamentary election, and the election for members of the Assembly of Experts. The latter body, whose members serve for eight years, appoints the supreme leader. Since it is believed that seventy-four-year old Khamenei may not survive the next eight years, the next assembly will likely choose his replacement, making this election extremely critical.  Rouhani’s ally, the influential Akbar Hashemi Rafsanjani, has announced he will attempt to again become head of the Assembly, and seeks to empower it by granting it a supervisory role over the next supreme leader. Such a change will qualitatively alter Iran’s governance structures. This has been interpreted as posing an internal threat to the regime by some Iranians who view him as a ‘seditionist’, and have sought to minimise his role in the country’s governance.

Sanctions relief, a core tenet of Rouhani’s 2013 electoral platform, will likely result in increased popular support for reform-minded members in the parliamentary election, and Rouhani’s re-election in the 2017 presidential poll. Conservatives in the Guardian Council – which vets electoral candidates – have thus disqualified most Rouhani supporters wishing to contest the February poll. Only thirty-three of the over 3 000 Rouhani supporters were approved to run in February.

Economically, sanctions relief will aid Iranians and encourage development. The 100 billion dollars in unfrozen assets (thirty billion of it almost immediately) will boost government revenue, and assist it to compensate for the declining oil price. Relief from financial sanctions will foster investment, and increase the number and variety of consumer products. More than 140 business delegations have already visited Iran since the deal’s conclusion in June 2015. Manufacturing, energy, and transportation have attracted the most interest, and conglomerates such as Alstom, Eni, Renault and Ericson had expressed interest before the agreement was signed. Iran will, however, have to deal with corruption and inefficiency issues to fully benefit from sanctions relief. Further, the low oil price, which accounts for most government revenue, will reduce benefits gained from increased oil production and increasing sales. Economic liberalisation, one of Rouhani’s aspirations, has become more possible in light of potential new investment, but will likely increase the double-digit inflation rate, impacting on the country’s poor and lower middle classes. This will be felt once the jubilation and relief over the lifting of sanctions wears off. Significantly, the opening up of the country’s economy will impede the influence of the IRGC, which is heavily involved in the Iranian economy, and which will have to compete with foreign companies.

None of this poses an existential threat to the regime and the governance institution of the velayat-e-faqih. Despite the seeming contradictions, elite consensus continues to favour the system. Rouhani and his ilk do not seek the system’s dissolution, but hope economic and cultural liberalisation will ensure its survival. They therefore participated in electoral processes even after the 2009 election and subsequent crackdown, many of whose targets are still behind bars. Rouhani is, after all, a confidant of Khamenei, who appointed him to the Supreme National Security Council. Moreover, the system is still viewed favourably by most citizens, with seventy-two per cent participating in the 2013 presidential election. Although the nuclear deal’s greater impact will be on the regional and international stages where a Cold War-like atmosphere is developing between Saudi Arabia and Iran, its domestic implications will also be noteworthy in shaping the country’s societal and political evolution.

Last modified on Sunday, 24 January 2016 12:09
Tweet
More in this category: GCC ‘terrorist Hizbullah’ declaration may backfire »
back to top