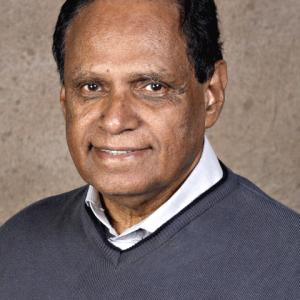 Thank you for inviting me to this Conference whose over-arching theme is a difficult and delicate matter, that of state-craft in a cosmopolitan and ever-changing world.

I have noticed that the Conference Programme boasts a long list of solid academics, experts and social activists, so indeed I look forward to reading the outcomes of your deliberations on such a critical question. Precisely because of the nature of the theme and related issues that you will be dealing with, I am certain that you will not only confine your deliberations to abstract concepts and theories, but bring them down to basics and reality.

I need not remind this gathering that you will not be dealing with an issue that has remained in the corridors of academia, but is an issue that has impacted on the course of history, that has a direct bearing on a many a human life, and that has been a divisive feature in the discourse on international peace and security. So I hope, most sincerely, that you will assume the task you have placed upon yourselves with the seriousness that it requires.

What we have learned from the history of state-making is that it is not easy to maintain a State that is founded and based upon a historical injustice and the denial of universal freedoms. The history of state-crafts is littered with examples of people using all sorts of means including going to war in defence of what they regarded as their universal human rights and fundamental freedoms. We have also learned from the history of state-making that is it quite possible for opposing forces to enter into a political dialogue to deal with their differences, and transform the lives of their people for the better.

We live in a world that promotes democratic systems of government. Although there may be different variances of this system of government in the main, it is one system that brings about political stability within a State, guarantees equality of citizenship and individual freedoms. Nevertheless, the basic tenet of this system, namely that the majority-rules, is primarily tested in multi-racial, multi-religious, multi-ethnic and multi-cultural societies.

Accordingly, those who occupy leadership positions in such societies have an overwhelming responsibility to ensure that democracy, as a system of government, is not used to deny equal rights to those who are not in the majority. Failure to safeguard fundamental freedoms for one group, or to alleviate the rights of one group over those of the other, can hardly serve as a useful framework for a stable democracy.

Now, I consider Israel to be a multi-ethnic and a multi-cultural society because of the presence over many years of both people of Jewish and Palestinian descent within the same territory. As such there will be inherent contradictions between advocating democracy as a universal idea, while defining the State of Israel in mono-ethnic terms. This approach has only resulted in the relegation of Palestinians residing within the State of Israel to the status of second-class citizens. This undermines, inter alia, the very principle of equal citizenship which is at the core of a democratic system of government.

Now what is to be done? One the one hand, international conferences such as this one, should assist us as policy and decision-makers to deepen our understanding of this issue. Conferences of this nature should also assist policy makers in answering this difficult question: is it possible to craft and articulate policy positions that expose this inherent contradiction without these policies being interpreted as questioning the right of the State of Israel to exist. On the other hand, I still believe that there are sufficient voices within the Jewish community residing in and outside of Israel who also understand the dangers inherent in this contradiction.

Allow me to briefly outline the South African Government's position towards peace and stability in the Middle-East, specifically with regards to the question of Palestine and Israel. South Africa has accepted the view of the Palestinian leadership of both Fatah and Hamas of a two-state solution. We understand this position to mean that there has to be a viable Palestinian State, living side-by-side, and in peace with Israel on the basis of 1967 borders, with East Jerusalem as its capital. For this position to succeed it needs to address the right of return of refugees. I am, however, aware that the continued expansion of settlements in East Jerusalem and in the West Bank is increasingly making it difficult to a two-state solution based on the above principles. We must seek guidance from the Palestinian leadership on any future dispensation.

Informed by this position we have consistently raised our objections to any acts or behaviour that, in our view, frustrate the creation of a viable Palestinian State. Among other things, we have objected to the further partitioning of the Occupied Palestinian Territories through the building of settlements, the Wall and other forms of restrictions imposed on the people of Palestine. With pain, we have witnessed and denounced the use of force against civilians and the economic strangulation of Palestinians living in Gaza. We will continue to add our voice to those who are critical of any attempts to dilute the universal appreciation of Jerusalem as a Holy City and one of the most sacred places to the three monotheistic religions. We will continue with our efforts, no matter how small, to call for unity within the Palestinian forces for the purposes of achieving Palestinian statehood.

We have remained steadfast on this position because we regard it as our historical and international duty to contribute to the creation of a viable State of Palestine in particular and peace in the Middle East region. This position is not only informed by our own history of liberation as a country, but it is a position that our partners in Palestine, and the rest of the international community have committed themselves to.

Indeed we are aware of the other positions that are being advocated regarding the Palestine-Israel conflict. We are also not blind to the fact that some of the present day actions of the State of Israel seem to be aimed at deliberately frustrating the eventual creation of an independent State of Palestine. Our answer to all of this is that we remain willing to be engaged further on our position, and our presence here today at this international conference is indicative of that commitment.

With these few words, I would like to wish you a successful conference, and once again, I look forward to the outcomes of your deliberations.