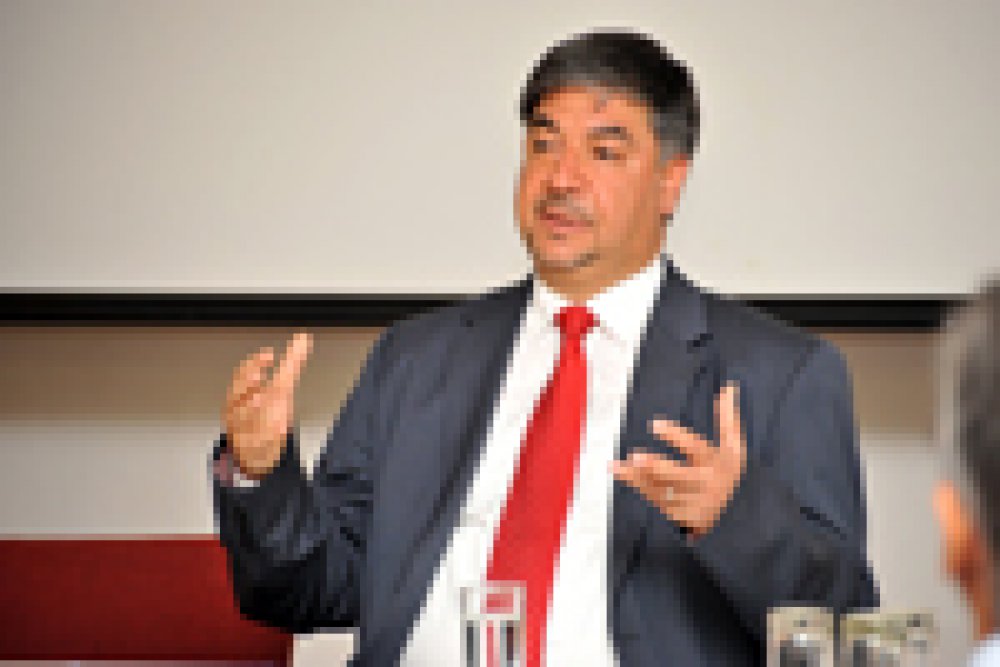 The ambassador, who has been in South Africa for about six months, is a medical doctor by profession and he practised and taught various branches of medicine in Iraq, Libya and the United Kingdom. Until 2010 he was co-director of the Iraqi International Relations Office, which is linked to the office of the Iraqi prime minister.

Al-Alawi argued that because of externalinterference – bothby Iraq's neighboursand by the United States inparticular – spacehasnot always been created to foster a process to build democracy inagenuineandmeaningful He specifically referred to the US' undemocratic attempt to 'impose democracy' in Iraq, and spoke of the clash between 'the American way of doing things' and 'Iraqi aspirations'. Al-Alawi added that Iraqis did not need the US to teach them about genuine democracy and the importance of good governance.

He remindedtheaudienceofIraq'sheritageasthe 'cradleofcivilisation' and painted a picture of a countrythat is now grappling with the effects of decades of dictatorshipandsuccessive 'meaninglesswars', including theUSoccupationwhichheunambiguouslydescribedasaninvasion. Imploring patience in Iraq's democratisation and transition, he said that building a new democracy was a lengthy process that needed to be thought of in terms of decades, particularly when considering the devastation wrought by the US invasion and the destabilisation it catalysed. Al-Alawi acknowledged that one of the most pressing issues confronting Iraqi democracy was rampant corruption. Despite innumerable challenges facing Iraq, including the need to rebuild the country, he said that Iraq was making positive progress in both its democratic aspirations and in rebuilding its shattered economy and society. The richness of Iraqi society he said, lay in its plurality and diversity. He said Iraq's oil wealth would play a significant factor in the democratisation and reconstruction endeavour, and lauded the transparency of the process of the re-establishment of the industry.

Speaking of the uprising in neighbouring Syria, Al-Alawi drew on Iraq's experience of stringent international sanctions imposed on during Saddam Hussain's rule and on the US military invasion thereafter. He argued against the imposition of sanctions on Syria and said dialogue between the Syrian government and 'relevant' opposition groups was the only path to true political reform.

The Iraqi diplomat drew comparisons between the Iraqi and South African experiences, particularly around the socio-economic dynamics and challenges facing both countries. He stressed the importance of strengthening relations between the two countries and suggested that they could learn from each other. Iraq, he said, was eager to learn more from South Africa on its successful transition and democratisation. Although he alluded to a sense of disappointment regarding South Africa's foreign policy, he expressed confidence that South Africa and Iraq could foster stronger ties and benefit mutually from enhanced economic cooperation. He stressed that Iraq held many opportunities for South African businesses.

* The Afro-Middle East Centre regularly hosts seminars and public discussions that provide trenchant analyses and readings on the socio-political situation in the Middle East North Africa (MENA) region and the Muslim world. If you would like to be put on the events mailing list, please email us at This email address is being protected from spambots. You need JavaScript enabled to view it.

Last modified on Thursday, 19 February 2015 16:22
Tweet
More in this category: Dr Larbi Sadiki on the MENA uprisings and democracy »
back to top