The economic collapse in Egypt 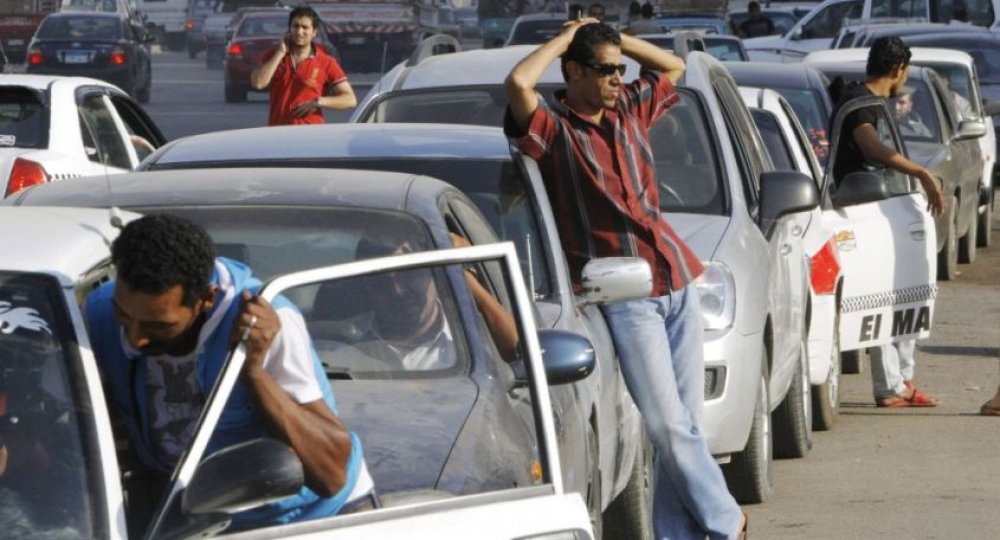 
All economic indicators in Egypt point to the fact that the country has entered a phase of serious economic collapse, for which it and its people will pay for many years, and which will have an impact on a large proportion of its people.

Indicators from the Egyptian Exchange show that it has lost 30 per cent within two years, and 27 billion Egyptian pounds ($3.4 billion) within only two weeks. Egypt’s feeble exchange is expected to continue its nosedive.

Egypt’s foreign currency reserves reached their worst levels since Egypt received nearly $50 billion from three Gulf states after the July 2013 coup in which General Abdel Fattah El-Sisi seized power. Most of these funds have been squandered. About $16.4 billion remain, and this amount is not sufficient to pay for the importation of basic commodities for more than two months.

Sisi, now president after being ‘elected’ in a sham election, requires $1.5 billion a month in order to remain in power. Reaching this target is becoming increasingly difficult because donor countries themselves face tough global economic circumstances, and because one of the main donors, Saudi Arabia, seems no longer to have the appetite to throw money Sisi’s way. The United Arab Emirates, the other big donor, is also tiring of the squandering f its money and of being treated like ‘an ATM machine’. Even if these countries were to continue to provide minimal support, that will not halt the economic decline that is felt by Egyptians.

Egyptian exports in general have fallen by 25 per cent, and the export of petroleum products has fallen by 19 per cent compared to the same period in 2014. Such numbers are due to a failure by the government on an economic level, the war it has waged on the private sector, and the monopoly of the political elite over all government tenders – completely shutting out smaller contractors.

Over the past two years, the government went further. It also fought against the activities of the ‘parallel economy’, which represents about 30 per cent of all economic activity. This battle has taken different forms in order to force small private businesses into the official market so as to reap taxes from these small workshops and their small unofficial activities. As a result, tens of thousands of people have lost their seasonal jobs, and around five million Egyptians served by these economic activities have been deprived of their services.

The business sector in Egypt, employing more than 300 000 Egyptians, is experiencing an extremely difficult time. It has suffered power shortages, a reduction in natural gas, and non-approval of funding required to renew necessary machinery and tools. Consequently, the situation in the sector has worsened as a result of a plan by the government to cripple these vital companies and force them to sell, thus benefiting from their cheap sale price or the cheap prices of their properties. Notable examples of this are the steel factory Najaa Hammadi Aluminium Factory and Al-Mahallah Textile Factory.

The country stands at the threshold of a collapse in the value of the Egyptian pound, which has lost 20 per cent of its value over the past two years and will likely be further devalued by the new Central Bank governor, Tarek Amer. The government, in the meanwhile, insists on collecting money from the Egyptians in a variety of ways – either through failed projects such as the Suez Canal water way extension project, or by hiking interest rates on saving certificates to 12.5 per cent, which are likely to rise even higher.

All the government’s ‘giant projects’ have either been cancelled or have failed. The Suez Canal expansion project, for which $8 billion was collected from citizens and for which a mandatory $1 billion of interest will have to be paid annually, is an example. The canal has already suffered a drop of 9.7 per cent of its revenues due to recent declines in world trade. In other words, the Suez Canal will this year likely attract a revenue of under $4 billion, compared to $5.4 billion in 2014 – despite the expansion project.

This failure is related to the complete absence of any legislative regulation or system of accountability. Sisi has purchased $8 billion worth of weapons, some of which are partly funded by regional powers while some will be paid for at a later stage by Egyptians, either through new taxes or through deductions from foreign aid.

The tourism sector suffered another collapse with the regime failing to protect it. Tourism were already low but were worsened recently with the killing of twelve Mexican tourists, and the deaths of 224 people in the Russian plane crash last month as a result of a security breach. The plane crash represented the beginning of a virtual freeze in tourism at the most crucial time – the commencement of the main tourism season of the year. Around two million Egyptians work in the tourism sector, either directly or indirectly, and more than eight million citizens will be affected by the failure of the government to salvage this important economic sector.

As if these indicators were not bad enough, the banking system is no longer able to save people’s money due to the Central Bank of Egypt lacking any independence or transparency. The bank’s current governor, Hisham Ramez, whose term ends at the end of November, was responsible for concealing billions of dollars of foreign funds that entered Egypt, had banned the publication of any credible information about the currency reserve, and refused to devalue the Egyptian pound in order to attempt to rescue the economy.

* Yehia Hamid is a former minister of investment in Egypt

Last modified on Friday, 22 January 2016 19:32
Tweet
More in this category: Islands for aid: A deal between Cairo, Riyadh, Tel Aviv and Washington »
back to top