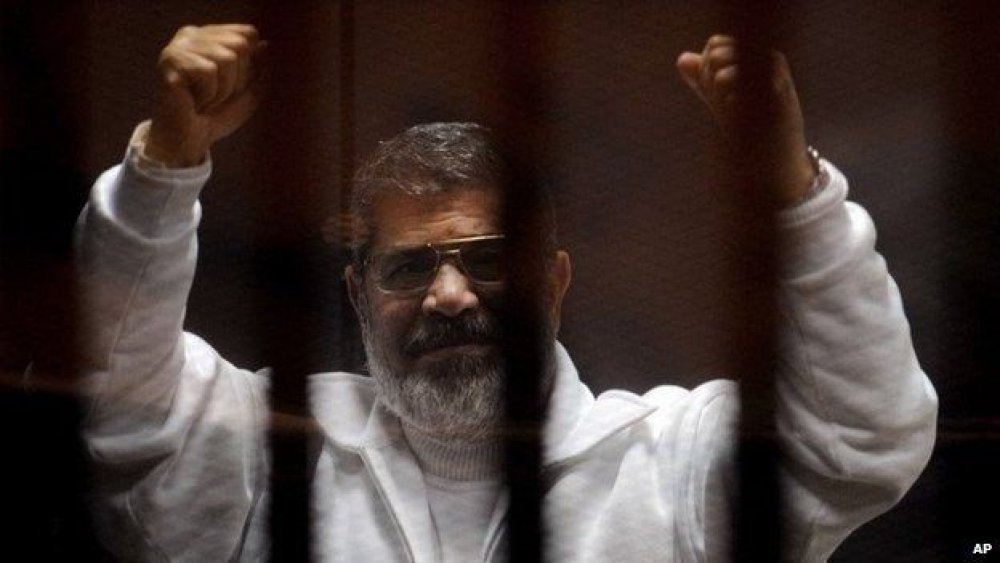 The recent sentencing to death of former Egyptian president Mohamed Mursi and 121 others illustrates the farcical and politicised nature of the Egyptian judiciary which has, in the past two years, acted consistently to curb dissent and intimidate opponents of the military regime. Although it is still not certain whether the death sentences will be carried out, the consequences of the judgement are likely to be an increase in militancy, making the regime’s ‘anti-terrorism’ rhetoric a self-fulfilling prophecy. Aided in this regard is the weak and largely ineffective response from the international community, whose actions in recent months indicate a resignation with Egypt’s current trajectory.

The trials – for a 2011 prison escape and for charges of espionage – were procedurally flawed; defendants had irregular access to legal representation; and evidence gathering and cross examination procedures were shoddy and severely compromised. No consideration was given to the fact that defendants were arrested in 2011 without proper judicial procedures, and sought to communicate with authorities on their escape. Further, of the around seventy Palestinians sentenced with Mursi, two were already dead, and another has been in Israeli detention since 1996. In the espionage case, which saw senior Muslim Brotherhood leaders receiving death sentences, Emad Shahin, a political science professor with no links to the MB or other parties also received the death sentence.

These sentences are the latest in a string of actions adopted by the regime of Abdel Fattah el-Sisi to suppress opposition. After his coup against Mursi in 2013, thousands of opposition figures have been killed, and over 16 000 political prisoners languish in Egyptian cells. A protest law passed in November 2013 banned sit-ins and severely curtailed other protest rights while, in April, the Cairo Administrative Court criminalised workers’ strikes. Liberal and leftist activists have not escaped this purge. In December 2014 Ahmed Maher, Mohamed Adel, and Ahmed Douma, three influential members of the April 6 youth movement were sentenced to three years each for organising protests in contravention of the protest law; in February Douma was among over 200 to be sentenced to life in prison for inciting violence and destroying a science facility housing precious artefacts. In 2014 alone, over 1 400 individuals were sentenced to death in mass trials, which were usually completed in only a few days, and which lacked even basic prosecutorial and judicial impartiality. The judiciary had played a crucial role maintaining the regime of former dictator Hosni Mubarak, who stepped down after protests in 2011. Sisi has ensured it continues to play a similar role.

Condemnation of the sentences has been widespread; the USA, European Union and UN secretary general have expressed concern around the many irregularities. However they are unlikely to adopt any real steps to censure Egypt. The EU’s trade and aid funds will be maintained, and the US decision in March to unfreeze US military aid to the Egyptian military is unlikely to be reversed; the F16 fighter jets, harpoon missiles and tank kits will be delivered on schedule. Egypt’s geostrategic importance to the region and Israel, together with the threat of the Islamic State group (IS) and conflicts in Syria and Yemen will likely supersede any impulses from western states to alter their foreign policies toward the country.

It seems improbable that the death sentences will be carried out. The sentences are awaiting the opinion of Egypt’s Grand Mufti Shawqi Allam, who provides a ‘non-binding’ opinion which is normally complied with. In 2014, of the 1 400 people sentenced to death, less than 400 death sentences were upheld following this stage. Most defendants’ charges were dropped, and others’ sentences were commuted to lengthy jail terms. After the mufti’s decision, an appeal can still be launched. In the Minya trial held in March 2014, the appeal process resulted in all the death sentences being changed to life sentences, despite the mufti upholding the former.

The regime is also unlikely to be willing to risk an escalation, especially in light of the growth of IS-linked groups in Egypt, which have been mocking the MB’s restraint as ‘subservience’ - compared to the IS’s ‘might’ and use of jihad. Executing Mursi and his companions will drive a number of MB supporters into the arms of groups such as IS. In the 1950s and 1960s, Gamal Abdel Nasser’s crackdown on the MB led to the formation of more militant groups such as Gama'a Islamiyya and Egyptian Islamic Jihad. Already, the militant Ansar Bayt Al-Maqdis organisation has transformed from a group formed to target Israel to one that has pledged allegiance to IS and turned its weapons toward Egyptian security and military personnel.

Last modified on Friday, 28 August 2015 13:11
Tweet
More in this category: Egypt’s leaderless revolution »
back to top