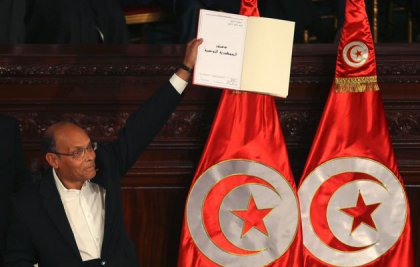 New constitution and the future of democratic transition in Tunisia

By Fethi Jarray
Historians are unanimous that Carthage was a beacon of civilisation. Its constitution, representative institutions and political system in general were cited by Aristotle, who labelled it the best system as the time. In modern Tunisian history, the ‘Fundamental Pact’ is considered a constitutional precedent in the Arab-Muslim world,[1] as it was the first legal document that guaranteed the Tunisian people their political rights to have their lives, property and honour safeguarded, regardless of their religion, race or social class.
Read more...