Shadow Armies: The unseen, but real US war in Africa 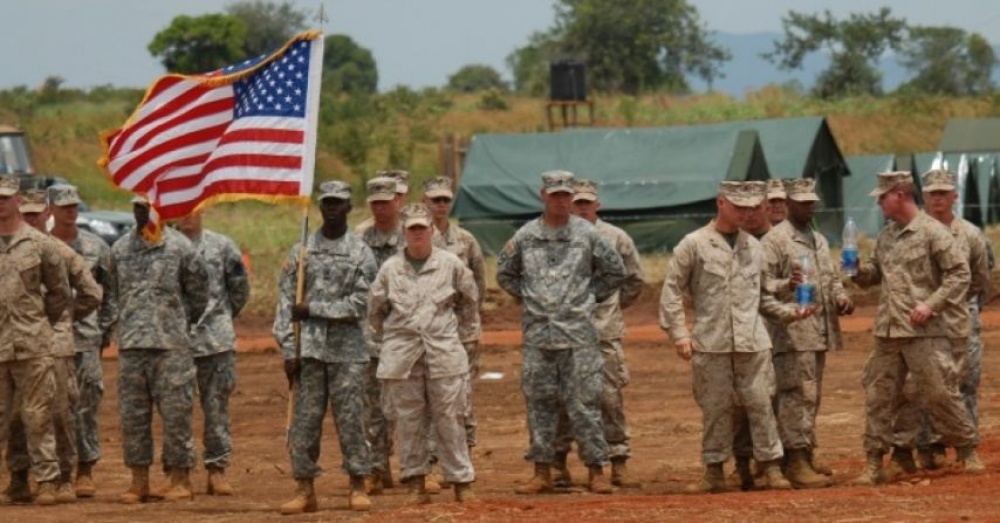 There is a real - but largely concealed - war which is taking place throughout the African continent. It involves the United States, an invigorated Russia and a rising China. The outcome of the war is likely to define the future of the continent and its global outlook.

It is easy to pin the blame on US President Donald Trump, his erratic agenda and impulsive statements. But the truth is, the current US military expansion in Africa is just another step in the wrong direction. It is part of a strategy that had been implemented a decade ago, during the administration of President George W. Bush, and actively pursued by President Barack Obama.

In 2007, under the pretext of the 'war on terror', the US consolidated its various military operations in Africa to establish the United States Africa Command (AFRICOM). With a starting budget of half a billion dollars, AFRICOM was supposedly launched to engage with African countries in terms of diplomacy and aid. But, over the course of the last 10 years, AFRICOM has been transformed into a central command for military incursions and interventions.

However, that violent role has rapidly worsened during the first year of Trump's term in office. Indeed, there is a hidden US war in Africa, and it is fought in the name of ‘counter-terrorism’.

According to a VICE News special investigation, US troops are now conducting 3,500 exercises and military engagements throughout Africa per year, an average of 10 per day. US mainstream media rarely discusses this ongoing war, thus giving the military ample space to destabilize any of the continent’s 54 countries as it pleases.

"Today’s figure of 3,500 marks an astounding 1,900 percent increase since the command was activated less than a decade ago, and suggests a major expansion of US military activities on the African continent," VICE reported.

Following the death of four US Special Forces soldiers in Niger on October 4, US Secretary of Defense, James Mattis, made an ominous declaration to a Senate committee: these numbers are likely to increase as the US is expanding its military activities in Africa.

Mattis, like other defense officials in the previous two administrations, justifies the US military transgressions as part of ongoing 'counter-terrorism' efforts. But such coded reference has served as a pretense for the US to intervene in, and exploit, a massive region with a great economic potential.

The old colonial 'Scramble for Africa' is being reinvented by global powers that fully fathom the extent of the untapped economic largesse of the continent. While China, India and Russia are each developing a unique approach to wooing Africa, the US is invested mostly in the military option, which promises to inflict untold harm and destabilize many nations.

The 2012 coup in Mali, carried out by a US-trained army captain, Amadou Haya Sanogo, is only one example.

In a 2013 speech, then US Secretary of State Hillary Clinton cautioned against a "new colonialism in Africa (in which it is) easy to come in, take out natural resources, pay off leaders and leave." While Clinton is, of course, correct, she was disingenuously referring to China, not her own country.

China's increasing influence in Africa is obvious, and Beijing’s practices can be unfair. However, China's policy towards Africa is far more civil and trade-focused than the military-centered US approach.

The growth in the China-Africa trade figures are, as per a UN News report in 2013, happening at a truly "breathtaking pace", as they jumped from around $10.5 billion per year in 2000 to $166 billion in 2011. Since then, it has continued at the same impressive pace.

But that growth was coupled with many initiatives, entailing many billions of dollars in Chinese credit to African countries to develop badly needed infrastructure. More went to finance the 'African Talents Program', which is designed to train 30,000 African professionals in various sectors.

It should come as no surprise, then, that China surpassed the US as Africa's largest trading partner in 2009.

The real colonialism, which Clinton referred to in her speech, is, however, under way in the US's own perception and behavior towards Africa. This is not a hyperbole, but in fact a statement that echoes the words of US President Trump himself.

During a lunch with nine African leaders last September at the UN, Trump spoke with the kind of mindset that inspired western leaders’ colonial approach to Africa for centuries.

Soon after he invented the none-existent country of 'Nambia', Trump boasted of his "many friends (who are) going to your (African) countries trying to get rich." "I congratulate you," he said, "they are spending a lot of money."

The following month, Trump added Chad, his country's devoted 'counter-terrorism' partner to the list of countries whose citizens are banned from entering the US.

Keeping in mind that Africa has 22 Muslim majority countries, the US government is divesting from any long-term diplomatic vision in Africa, and is, instead increasingly thrusting further into the military path.

The US military push does not seem to be part of a comprehensive policy approach, either. It is as alarming as it is erratic, reflecting the US constant over-reliance on military solutions to all sorts of problems, including trade and political rivalries.

Compare this to Russia's strategic approach to Africa. Reigniting old camaraderie with the continent, Russia is following China's strategy of engagement (or in this case, re-engagement) through development and favorable trade terms.

But, unlike China, Russia has a wide-ranging agenda that includes arms exports, which are replacing US weaponry in various parts of the continent. For Moscow, Africa also has untapped and tremendous potential as a political partner that can bolster Russia’s standing at the UN.

Aware of the evident global competition, some African leaders are now laboring to find new allies outside the traditional western framework, which has controlled much of Africa since the end of traditional colonialism decades ago.

A stark example was the late November visit by Sudan's President Omar al-Bashir to Russia and his high-level meeting with President Vladimir Putin. "We have been dreaming about this visit for a long time," al-Bashir told Putin, and "we are in need of protection from the aggressive acts of the United States."

Wary of Russia’s Africa outreach, the US is fighting back with a military stratagem and little diplomacy. The ongoing US mini war on the continent will push the continent further into the abyss of violence and corruption, which may suit Washington well, but will bring about untold misery to millions of people.

There is no question that Africa is no longer an exclusive western 'turf', to be exploited at will. But it will be many years before Africa and its 54 nations are truly free from the stubborn neocolonial mindset, which is grounded in racism, economic exploitation and military interventions.

- Ramzy Baroud is a journalist, author and editor of Palestine Chronicle. His forthcoming book is ‘The Last Earth: A Palestinian Story’ (Pluto Press, London). Baroud has a Ph.D. in Palestine Studies from the University of Exeter and is a Non-Resident Scholar at Orfalea Center for Global and International Studies, University of California Santa Barbara. His website is www.ramzybaroud.net.