AMEC seminar on African thinkers and decolonisation, by Maati Monjib 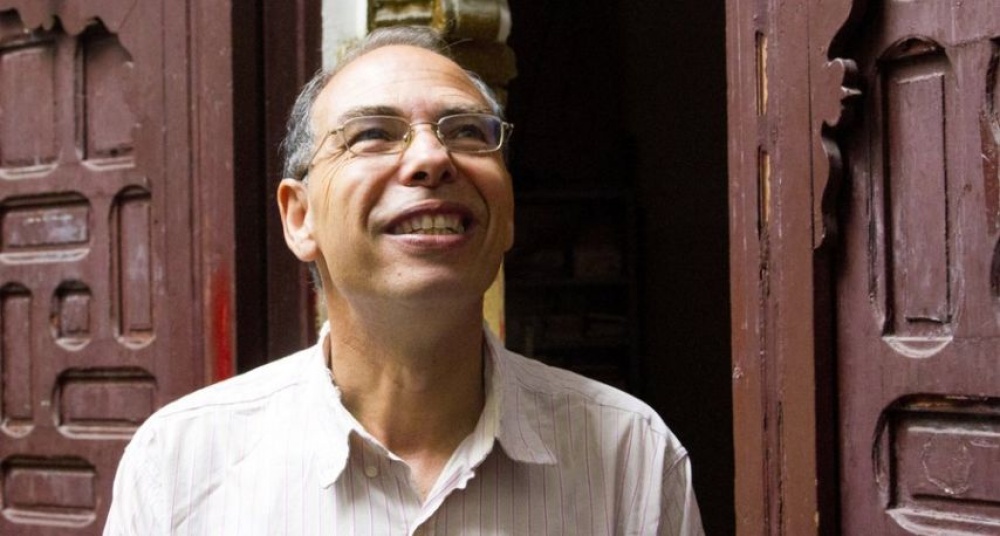 In a fascinating seminar at the Afro-Middle East Centre, Moroccan academic Maati Monjib focused on two African thinkers-cum-politicians in a discussion of decolonisation and development. Monjib examined the lives and works of Senegalese politician-intellectual Mamadou Moustapha Dia and Moroccan Mehdi Ben Barka who, Monjib argued, played significant roles in decolonial thinking within the context of post-independence Africa.

The event, on 16 November 2017, attracted the participation of a number of Middle East and North African diplomats keen to interrogate the notion of decolonisation as presented by a Moroccan intellectual, especially as his country is accused by many Africans of itself being a colonial power, an issue that arose during the discussion.

Ben Barka was a Moroccan socialist political leader who was abducted in Paris, where he had been in exile, and ‘disappeared’ in 1965 at the age of forty-five. He had been a staunch fighter against French colonialism, and also an opponent of Moroccan King Hassan II. Also a socialist, and a devout Muslim, Dia was a Senegalese author and politician who died in 2009 aged ninety-nine. Dia was Senegal’s prime minister between 1957 and 1962, until he was toppled in a coup by his comrade, then-president of Senegal, Leopold Sedar Senghor. Dia was subsequently jailed by Senghor for fourteen years, from 1962 to 1976, and he emerged from prison almost completely blind. Although they were active in different countries, Monjib explained that there were many similarities between the two figures.

As leading intellectuals, both faced immense opposition in their respective countries – Ben Barka from King Hassan II and Dia from Senghor. Ben Barka stressed the importance of the unity of North Africa while Mamadou Dia focused on the idea of an African Federation. Ben Barka viewed development and decolonisation as being possible only if three areas were addressed: education, agrarian reform and political mobilisation of the citizenry. Dia argued that development and independence could only be successful if agricultural reform followed the Chinese model of agricultural cooperatives. He published extensively on these ideas and produced a prominent body of work which included ‘Le Plan du Développement du Sénégal’ (Plan for the Development of Senegal), Failure of Alternation in Senegal and Crisis of the liberal World, African nations and world solidarity, and Africa: The Price of Freedom. He also authored a number of books on Islam and Islamic jurisprudence.

Using the ideas of the two thinkers as points of departure, the seminar audience questioned Monjib about other topics related to decolonisation, especially on the issue of Western Sahara. Monjib’s view was similar to the official Moroccan view that did not regard the occupation of Western Sahara as an instance of colonialism, and saw the solution as an integrated Moroccan state that included Western Sahara. However, he emphasised, Morocco denies the Saharawi basic freedoms, just as it denies the basic freedoms of Moroccan citizens. There was also some audience interrogation of the interaction between politics, culture and religion, with Monjib insisting that Dia’s life showed that one could be a devout believer while adhering to secularist political ideas. He pointed to an interesting set of alliances in Senegal when Senghor had attacked Dia. Senghor, a Christian, was supported by ‘Maraboutist Islam’ (Senegalese Sufi orders) who had been criticised by Dia for what he saw as their social and intellectual backwardness. The Catholic Church, on the other hand, supported Dia, the devout Muslim.

Monjib argued that in Morocco religion continues to play an important role even though people have become more nationalist, with religion playing a secondary role. He also suggested that, in a post-liberation African context, language should not be used as a basis of exclusion as is the case in many contexts on the continent.

Last modified on Thursday, 30 November 2017 10:31
Tweet
Download attachments:
More in this category: The pitfalls of weaponry: Undermining legitimacy in Libya »
back to top